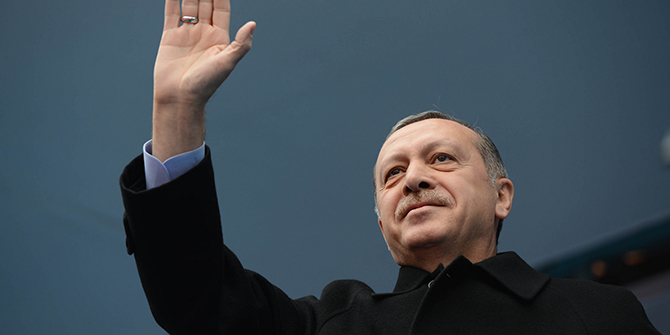 When it comes to majoritarian tendencies, the implications of the presidential system become more concerning for Turkey. In the last decade, Turkish politics have increasingly become ideologically polarised, producing at least three conflicting political camps: political and social conservatives, seculars and the Kurdish separatists. Ideological polarisation went so far as to create a hostile political environment, one in which opposition parties have been denied access to state resources and portrayed as an obstacle to the development of the country. Maximising majoritarian tendencies of the political system by adopting presidentialism would do more harm than any other political move under these conditions. Given the ‘winner takes all’ nature of presidentialism and increasing ideological polarisation, Turkey should not give up parliamentary and proportional representation (PR) electoral systems.

Even proponents of presidentialism have accepted that the balance of presidential–congressional powers is key to democratic survival in non-parliamentary democracies.[i] Strong legislature and political parties play a key role in preventing the president from abusing power. The call for a system change by Erdogan and AKP seniors, due to the so-called system inefficiency, point to an important fact that is in stark contrast to this: Erdogan actually wants presidentialism with weak legislature and political parties. Indeed, in a recent interview,  Minister of Justice Bekir Bozdag revealed that the AKP intends to propose a ‘Turkish-style presidential system’, where the president will be equipped with strong legislative powers while having few effective constraints. Bozdag added that Turkey needed this system in order to have a ‘stable and strong government’ and to ease the decision-making process in politics.

Gerald Easter views the preference for presidentialism as a strategic calculation of those actors “who calculate that they have the most to gain by limiting the access of others to the state’s power resources”. In many presidential democracies, the rules of the game were designed to enhance majoritarian tendencies in favour of one political group or individual. Although this does not lead us to conclude that the parliamentary system is superior to presidentialism, in the Turkish context it does remind us of the potential consequences of electing a president who is best known for his majoritarian tendencies and his wish for a strong presidency.

If it were to be implemented, I would argue that a presidential system in Turkey would only survive under the two circumstances: The presence of a strong legislature and the removal of barriers to political participation. Political science scholarship showed that “there might be an affinity between very strong presidencies and authoritarianism”. In the US, the often cited example for stable presidential regimes, has a strong legislature that prevents the president from dominating the political agenda. On the other hand, in countries where the legislature has no or limited power, such as Uzbekistan, the president’s ambitions and personality determine the fate of democracy. Following the first condition being met, a stronger system of checks and balances can be established only if diverse social and political groups get represented in politics. Turkey’s electoral threshold (10%) hampers the political representation of different groups, granting only few political parties the chance of winning parliamentary seats by setting barriers to political entry. As a consequence, smaller parties remain out of parliament whereas the leading party obtains parliamentary seats disproportionate to its votes. Therefore, a shift to the presidential system would create two political institutions, the presidency and legislature, that are controlled by the same political actor under these circumstances.

Turkish government officials, following the lead of Erdogan, want a presidential system that concentrates power in one’s hand. No matter how representative the parliament is, the President Erdogan who is notoriously known for his authoritarian and polarising discourse in the last decade will have more say than the legislature. Then the compelling question becomes whether Turkey really needs to adopt the presidential system, at least under these circumstances?

Tevfik Murat Yildirim is a PhD student in political science at the University of Missouri and co-director of Policy Agendas Project Turkey. His research interests include public budgeting, policy process and legislative behavior. He tweets at @tmyildirim. 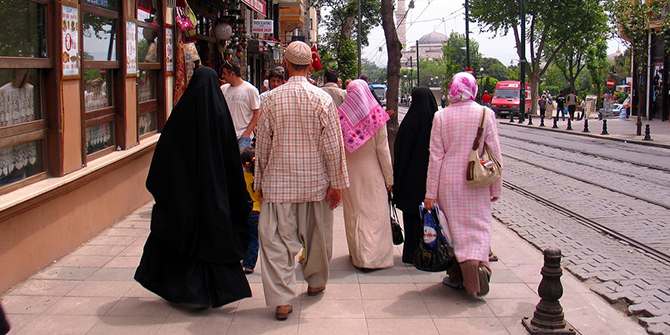 Bad Behavior has blocked 2482 access attempts in the last 7 days.