The relationship between displacement, emigration and return is a complex one, whose contours remain largely unexplored in the literature. Since June 2014 and the Islamic State’s expansion, Iraq has experienced all of the above: the number of internally-displaced people (IDPs) reached more than 3 million, a large portion of which found refuge in the Kurdistan Region of Iraq (KRI); in 2015 Iraqis were among the top three nationalities reaching Europe through the Mediterranean routes, after Syrians and Afghans; displacement and emigration occurred in parallel to a disorderly return process that depended on localised circumstances. What drives these movements and how are they interconnected?

A definitive answer to the above questions is difficult to find, but a recent study provides some insights into the relationship between displacement, emigration and return in the context of Iraq. Data suggests that IDPs’ perceptions regarding the future political, economic and security situation in Iraq (over the next five years) is the most relevant factor determining people’s movements: within an overall negative assessment of the future of Iraq, IDPs wishing or planning to leave the country hold a more pessimistic view compared to those who want to return or stay in displacement. The study finds that socio-political factors (i.e., relations among identity groups) or socio-economic factors (i.e., income level or employment status) are less significant.

This does not come as a surprise, but opens an uneasy discussion on how to deal with the phenomenon. Indeed, the study implies that specific policy interventions targeting the socio-economic or socio-political conditions of displacement would not contain migration flows from Iraq. To a Europe obsessed with migration flows, the findings also indicate that the number of migrants from Iraq could fluctuate based on a deterioration of the perception of future developments in the country – something that cannot be easily controlled. In the search for policy solutions, it seems instead that reaching a comprehensive and definitive political settlement in Iraq is likely to influence IDPs’ movements.

Such recognition requires, ultimately, a changing perspective on the issue of displacement, emigration and return in Iraq: one that sees – beyond the trigger factor of the Islamic State – the prior governance deficit as the main source of Iraqis’ negative expectations about the future. Qualitative interviews conducted with IDPs in the Kurdistan Region of Iraq in June–July 2017 have highlighted this point: reference to mal-governance, pervasive corruption and absence of, or non-application of rules were mentioned as feeding a widespread sense of uncertainty and disempowerment among IDPs.

Uncertainty is the overarching concept that best captures the condition of displacement in Iraq, despite its vague connotations. It has political, social and economic dimensions and is articulated differently in relation to the option of emigration, continued displacement or return. With reference to emigration, the prospect of improved security abroad is counterbalanced by a potential loss of social connections as well as a likely lowering of socio-economic status. With reference to continued displacement, at least among IDPs residing in the KRI, the guarantees of a system of assistance are weighted against the unclear definition of citizenship in the region. With reference to return, the aspirations towards a regained normality are undermined by new developments, such as the militarisation of society, the unclear status of many locations of origin, and the escalation of tensions between Baghdad and Erbil.

If uncertainty has prevailed among IDPs, the Government of Iraq (GoI) and the Kurdistan Regional Government (KRG) have proven to not been able (or willing) to govern such uncertainty; rather they have contributed to a governance of uncertainty, which may be interpreted as an instrument to control people. The absence of a comprehensive framework for managing displacement and return in both the KRI and federal Iraq is illustrative of such governance of uncertainty. Official policies (or the absence of them) are therefore contributing to this state of affairs rather than representing ways to govern it. Interviews with key stakeholders have confirmed this point, indicating a general sense of confusion around displacement, return and resettlement, if not contradictory accounts of how the system works.

Recent events have not eased this situation. On 25 September 2017 the KRI held a referendum on independence. The tense atmosphere that preceded and followed the referendum further heightened a general sense of uncertainty among IDPs. Before the referendum, those residing in the KRI expressed uncertainty about their future in a potentially independent Kurdistan; those who had already returned to the disputed areas feared an escalation of violence between Baghdad and Erbil due to any moves towards realising Kurdish independence. For instance, in Makhmoor (a disputed area south of Erbil), most of the Sunni Arab IDPs hurriedly left Dibaga Camp fearing that conflict and reprisals might follow the referendum. Decisions at the personal, family and community levels were complicated by the unclear political path opened by the referendum and by controversial political statements.

After the referendum, negotiations between Baghdad and Erbil stalled and on 16 October the Iraqi Security Forces, together with the Hashd al-Shaabi, advanced, first entering the governorate of Kirkuk and later other disputed areas. Most of these areas had suffered from the advance of the Islamic State and from the following military operations against it, amidst a religiously and ethnically heterogeneous population. People living in these disputed territories have been once again affected by violence. This time, the majority of the people who fled and were displaced have been Kurds. According to the Joint Crisis Coordination Centre (JCCC), 168,372 civilians, most of them Kurds, have been displaced from Kirkuk, Khanaqin, Tuz Khurmatu, Zummar and Rabea and found refuge in the Kurdistan Region.

The events since October 2017 stress, once again, the urgency and importance of addressing the many challenges of displacement in Iraq and its relationship with emigration and return. In light of the above discussion, three policy recommendations can be drawn: treating displacement in Iraq not as an emergency, but rather as a chronic condition that has severely affected the social texture of the country before and after the 2003 intervention; considering it as a diversified phenomenon with a potentially destabilizing effects, thus not only as a consequence of conflict and violence, but also as likely to initiate new crises; lastly, substituting the ‘governance of uncertainty’ outlined above with a comprehensive political framework for displacement, while avoiding politicisation of the issue.

This memo draws on the findings of the research project ‘Drivers for onward migration: the case of Iraqi IDPs in the Kurdistan region leaving Iraq’ funded by the NWO – Security and Rule of Law in Fragile and Conflict Affected Settings programme. The full report of the study can be found here. The collaborative project between the Middle East Research Institute (MERI), Qandil and the Joint Crisis Coordination Centre (JCCC) was carried out in the period 7 May – 7 November 2017. Methodologically, the study combines quantitative and qualitative analysis based on 500 questionnaires distributed among IDPs in the KRI between May and June 2017, 30 semi-structured interviews conducted with IDPs in June-July 2017, in addition to interviews with key stakeholders. This is an abridged version of a paper given at a conference on Responses to Displacement in the Middle East, held at the LSE on 30 November 2017. See below for the full list of papers.

Irene Costantini is a postdoc researcher at the University of Naples, ‘L’Orientale’. She has worked at MERI, Erbil, Iraq and at the Post-war Reconstruction and Development Unit, University of York. Her research interests include the politics of conflict, post-conflict transition and statebuilding interventions, as well as state transformation in the MENA region, focusing on Iraq and Libya. She is the author of Statebuilding in the Middle East and North Africa region: The aftermath of regime change (Routledge, forthcoming) and she has published in International Peacekeeping, the Journal of Intervention and Statebuilding, Conflict, Security & Development, and The International Spectator among others. She tweets at @IreneCostantini 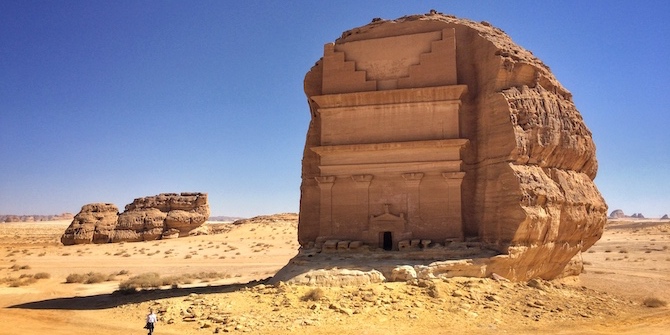 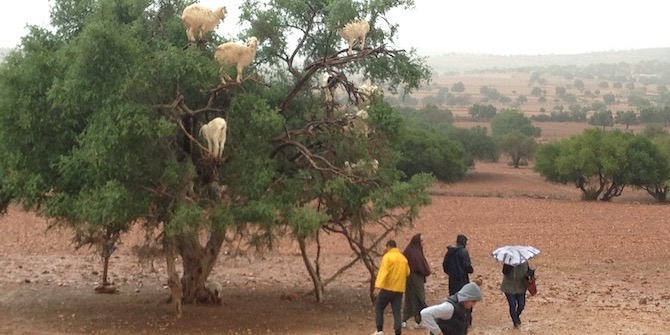 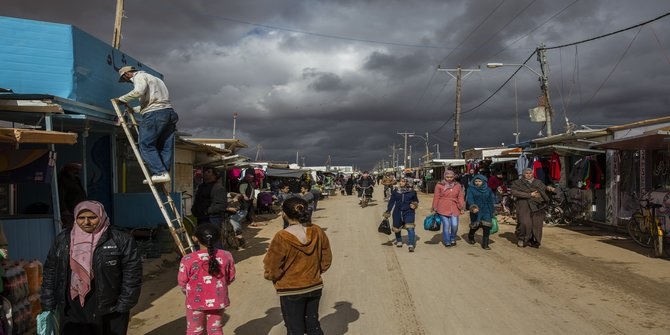 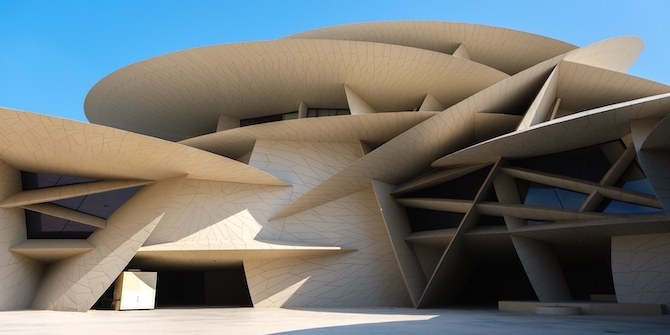 Bad Behavior has blocked 2095 access attempts in the last 7 days.