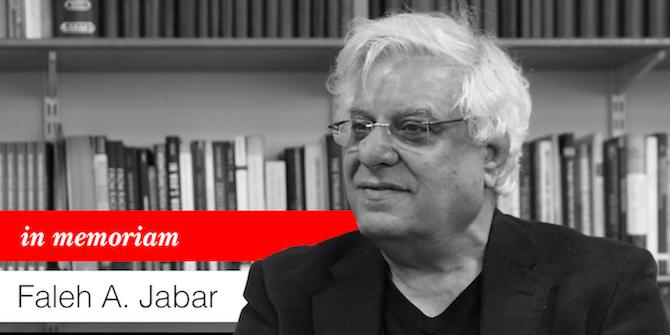 Faleh A. Jabar was a political sociologist, Director of the Iraq Institute for Strategic Studies and a Visiting Fellow at the School of Politics and Sociology at the University of London’s Birkbeck College. His research interests and expertise spanned various fields, including the sociology of religion, sociology of nation-building and state formation, tribes and modern socio-economic formations, and cultural discourses in Iraq and the greater Middle East. Jabar authored many books, including The Shiite Movement in Iraq, Post-Marxism and the Middle East, Ayatollahs, Sufis and Ideologues: State, Religion and Social Movements in Iraq and (as co-editor) Tribes and Power: Nationalism and Ethnicity in the Middle East, all published by Saqi books.

In the wake of his untimely departure, the LSE Middle East Centre has collected a series of blog pieces honouring Faleh A. Jabar and his notable contribution to the study of Iraq and the wider Middle East.

The Centre will also be hosting a memorial event on 7 June 2018, featuring Deniz Kandiyoti and Charles Tripp from SOAS and Renad Mansour from Chatham House. This event also marks the launch of his MEC paper ‘From Identity Politics to Issue Politics: The Iraqi Protest Movement’, which he presented at the Middle East Centre in July 2016. All are welcome, please register using the link above. 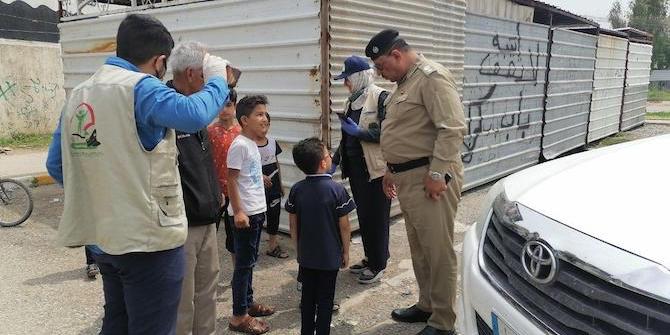 Bad Behavior has blocked 2007 access attempts in the last 7 days.