Dr Faleh Abdul Jabar, who died aged 71, was described as campaigner, fighter, journalist, translator and sociologist. He excelled in all these capacities.

As a young man who grew up in the teeming neighbourhood of Bab al Sheikh in central Baghdad, Faleh was profoundly influenced by the new trends of the sixties, including the youth rebellion in Western Europe, Latin American revolutionary movements typified by Che Guevara, existentialism, especially as exemplified by Jean Paul Sartre’s work, and even nihilism. Faleh married in the late 1960s when he was in his twenties. Instead of spending his honeymoon in one of Iraq’s resorts like many newlyweds, Faleh took his bride to a hovel on a rugged mountain in south Lebanon having joined the Palestinian resistance movement as a fighter. At that time, he had literary interests. Indeed, Faleh translated a chapter of André Gide’s book on Dostoevsky and wrote a novel without anybody knowing about it. But in a fit of rage following his former wife’s protest that the novel was too biographical, Faleh tossed the work in the stove and it was consumed by the fire before it could be rescued. This literary streak never left him as evidenced by his gripping scholarly inquiry.

Having toured Lebanon, Jordan and Syria with the Palestinians, Faleh returned to Baghdad disillusioned with armed struggle. He worked at the Iraqi Communist Party’s daily as a political writer. His senior editors soon noticed his extraordinary talent as an incisive commentator with a sharp analytical mind. The editorial board would often task him with writing the paper’s editorial on sensitive issues. But his critical approach and principled position would be too much for an orthodox editorial board keen not to provoke the then-ruling Ba’ath Party, which the Communist Party was allied with. So, the paper’s editorials written by Faleh were always attenuated and watered down.

But the Ba’athists knew about Faleh and had him in their crosshairs. Following the regime’s brutal crackdown against the Communists, Faleh fled Iraq and once again landed in Lebanon only this time not as a fighter by his own free will but as a fugitive escaping from a murderous regime. In Beirut Faleh, his school-mate and fellow journalist translator Abdelilah Nuaimi, and a leading member of the Iraqi Communist Party started to publish a newsletter exposing the Ba’ath regime’s crimes. The newsletter was soon shut down by other Communist Party leaders who were still trying to appease the Ba’athist regime in Baghdad. Faleh was once again viewed as not towing the party line. Perhaps this is the reason he was sent to Prague, capital of Communist Czechoslovakia at the time and seat of the world Communist movement’s periodical, Problems of Peace and Socialism, where he worked as a translator. But Faleh had other plans which he feared would be frozen to death in Prague’s winter snow and decided to leave at the first opportunity that presented itself. At a time when Iraqi exiles who fled the Ba’ath regime were desperately roaming the world in search of a safe haven or any country that would accept them, Faleh left Prague’s lulling security in 1980 and went back to Beirut. Restless as ever, Faleh continued his peripatetic life, moving this time to the Kurdish region in the north of Iraq where he worked in the Iraqi Communist Party’s clandestine radio station. From caves in the mountains of Iraqi Kurdistan, Faleh was writing, analysing and agitating against the dictatorial regime in Iraq.

From the mountains of Kurdistan – a constant target of the Baghdad government’s aircraft – Faleh moved to Damascus, ruled by a rival faction of the Ba’ath Party. He remained in Syria until the early 1990s when he arrived in London as an asylum seeker, leaving behind his communist past and the insecurity that had been his companion since he left Iraq in the late seventies.

It was in Britain that the activist, journalist, translator and writer became a researcher after receiving his PhD from the University of London. By now an accomplished sociologist, in 1994 Faleh launched the Iraq Cultural Forum, a research group collaborating with several British academic institutions. He also worked as a lecturer at London Metropolitan University.

Faleh’s expertise was widely acknowledged, especially in the fields of religion, Islamism, Shiite Islam and political systems. Faleh’s entire work is dedicated to promoting pluralism, tolerance, human rights and democratic freedoms in his home country Iraq and the Arab world as a whole. In 2004, he established the Beirut-based Iraqi Institute for Strategic Studies, precisely with these goals in mind by conducting research relating to current political, economic and social issues in Iraq.

Faleh was a staunch secularist who would tell leaders of Iraq’s various factions to keep religion and its celestial message out of politics and its worldly manoeuvres. Yet, he was highly respected by religious leaders in Iraq. Faleh Abdul Jabar will be greatly missed in the Arab world for his noble pursuits at a time when the region is plagued by violence, intolerance and extremism.

Zuhair Al-Jezairy is an Iraqi journalist and author. 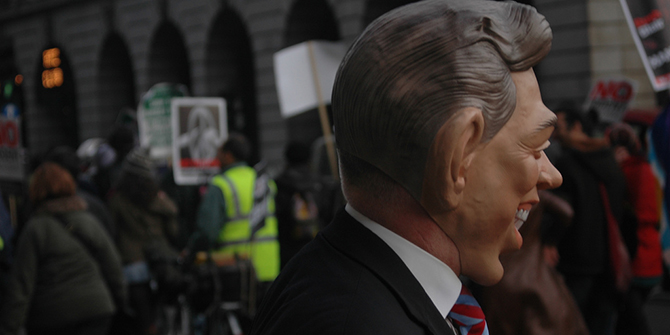 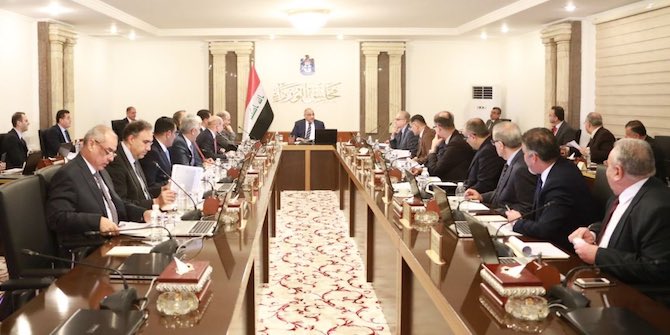