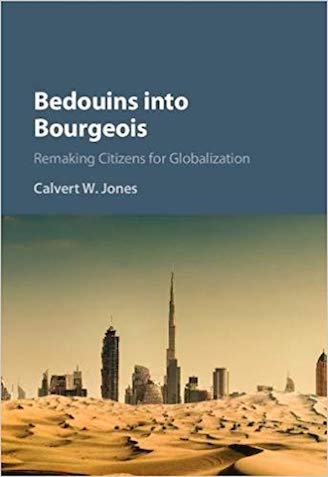 The formation of the state in the Arab Gulf, a late twentieth-century development, was accompanied by top-down social engineering in which oil rent was deployed to achieve various objectives. Substantial wealth created huge state bureaucracies, new cities, educational institutions, oil installations, welfare services, local and global financial corporations, heritage industries, health provisions, and many other services associated with state-building. The sudden eruption of diverse and very expensive projects – some truly impressive, others less so – has astonished both outside observers and citizens. In all these endeavours, the role of centralised and top-down modernisation decisions has been paramount. Kings, sheikhs and sultans took all the credit for ‘revolutionary’ change, spectacular ‘reform’ and progressive ‘visions’.

Since the 1970s, a plethora of academic studies have investigated state-led initiatives, highlighting economic, social and political ruptures, while emphasising the pivotal role of top-down economic transformations and social reform. More recently, the focus has shifted towards the analysis of mutations encompassing the transformation of the relationship between rulers and subjects, with the rentier state model casting its shadow as an analytical framework to explain why in such countries real political change and the drive towards more democratic politics have both lagged behind. The persistence of archaic governance and the recent impulses towards modernising, liberalising, and upgrading authoritarian rule have become dominant features of the political landscape of the Gulf since the 1990s. The process has involved creating toothless national councils, in some countries with members still appointed by the king such as in Saudi Arabia, in others directly elected, such as in Kuwait. Now all six GCC states have put in place such state led institutions but elected representative governments, separation of powers, and freedom of assembly are still in short supply across the region. After the 2011 Arab uprisings, more local and inter-regional repressive measures, restrictions of political freedoms and a regression towards more violations of human rights have not just persisted but have now become pervasive, despite the hype around top-down policies that supposedly promote gender equality, religious freedom, tolerance and diversity.

Another recent development revolves around projects promoting a new style of nationalism and citizenship. The most pronounced endeavours have materialised in the little-understood and still-understudied United Arab Emirates. Founded in 1971 as a federation of seven emirates with Abu Dhabi as the political centre and Dubai as the economic outward-looking hub for global business, the UAE remains an enigma that Calvert W. Jones unpacks in this timely book. Regarded as a uniquely rapid experiment in state-building, its profile is built around global finance, stability, and (more recently) regional military interventionism. The UAE is today promoted as a successful, and rich, federal model to be emulated by the remaining GCC states, seen to be lagging behind in all aspects of human development, but most notably business acumen and entrepreneurial spirit. Bedouins into Bourgeois explains the paradoxes of ‘new paternalism’, ‘entitled patriots’, and the ‘making of citizens, 2.0’, all spun out of UAE elite top-down interventions.

Notwithstanding the contemporary computer and communication technology jargon, steadily creeping into not only state propaganda but also academic political science studies, the book offers a detailed and sober analysis of a new phenomenon. In plain English, Jones critically assesses the rationale, prospects, shortcomings and unexpected outcomes of state projects aimed at fostering nationalism, and creating new entrepreneurially-motivated citizens (though the title is somewhat of a misnomer; the UAE bedouin population has always been miniscule). She tells the story of how the UAE’s rulers converted the bedouins into bourgeois entrepreneurs.

A combination of large-scale surveys of various demographics, interviews, and ethnographic research, the book expands the theoretical literature on how states cultivate ‘valuable citizens’, embracing neo-liberal norms such as self-management, entrepreneurialism, creative thinking and risk taking. Jones defines the ‘making of citizens 2.0’ as a process of building citizens in a post-nationalist context and a global market era, in which ‘national identities are largely given, war is less frequent, and the global economy is more competitive than ever’. Drawing on the historical and political science theories of development, nationalism, and social engineering by pioneers such as Hobsbawm, Scott, Tilly, Wedeen and Huntington, among others, the author focuses primarily on those theories dismissive of the success of social engineering in an authoritarian context. Hence the UAE provides a great opportunity to test such theoretical claims. Studying the UAE’s changing and evolving goals, processes, and outcomes of the project of making citizens responds to Tilly’s call to promote comparative work.

‘Seeing like a Sheikh’ (Chapter 2) examines the view from the top, probing the mind-set of the UAE’s rulers. Jones swiftly takes the reader on  historical journey from the project of ‘making citizens 1.0’ at the time of the state’s foundation in the 1970s to the current episode: ‘making citizens 2.0’. Using unprecedented access to ‘palace ethnography’, rulers’ speeches, and state documents, she positions her analysis ‘inside the minds of ruling elites’. The image of the ideal citizen – having evolved from passive recipients of welfare to active players – dominates this outlook. However, a constant feature has persisted, namely the authoritarian context, more appropriately described now as ‘enlightenment under autocracy’ (Chapter 3). This trajectory involves fostering the knowledge economy, economic diversification in preparation for a post-oil economy and other initiatives in which myriad contradictions are apparent. Western-style liberal universities, for example, in religiously conservative contexts and amid politically-stifling repression, are bound to pose serious challenges. But initiatives flourish and expand once their undesired impact is neutralised by surveillance and the silencing of critical voices. ‘Copy and paste’ projects led to abandoning Arabic as a language of higher education in favour of English. This did not pass without criticism. Emirati Political scientist Abdulkhaleq Abdulla recounted the rupture in one of his memoires as a university professor. Singapore went down that path when Chinese was abandoned, consequently reaping an advantage over other neighbouring Asian countries that clung to their native languages. However, creativity in local languages was killed forever. Outward-looking and dynamic education is desired but its outcome is not guaranteed, according to Jones.

Other UAE engineering projects include spectacle and spectators (Chapter 4). The symbolic realm of monuments, museums, festivals, and media are on constant display, hence the UAE is notorious for having the tallest, the largest, the widest, and the most hypermodern globalization. Even the camel pageants and falconry have not escaped globalization, commercialization and marketing mania. Many of these projects in fact target the 90 percent of the population, primarily the already bourgeois cosmopolitan foreign elite that is so central to the rulers’ social engineering as they both design and execute the projects. They are also audiences of the spectacle, depicting the UAE as a desirable destination for highly skilled international labour migration.

The intended and unintended outcomes of these social engineering campaigns are discussed in Chapter five. According to Jones, the youth are more likely to endorse these initiatives while the older generation is more critical. The initiatives have been successful in many of their stated goals such as a heightened sense of patriotism, interest in voluntary work, and civic pride, without triggering demands for democracy and civil and political rights. Jones here seems to have overlooked the plight of around a hundred educated professionals, and UAE citizens, who have been detained simply for demanding greater political representation, civil freedoms and human rights since 2011. Stark inequality between the powerful and rich emirates and the smaller marginal ones is equally absent from the analysis. Finally the pivotal role of the thousands of Asian workers and the stateless citizens known as the bidoun are both absent in the engineering campaigns and the analysis. Jones, however, documents a growing sense of entitlement among the youth, labelled entitled patriots, and their desire for political involvement is evident in her empirical research.

The paradoxical outcomes are explained in Chapter six. While the role of foreign experts merits a lengthy analysis rather than the very compressed space in the book (pp. 177–9), Jones warns against the alleged merit of excessive nationalism as it tends to increase entitlement consciousness, which can backfire and undermine the original goals of neoliberal social engineering that aspires to create responsible market-oriented citizens. Patriotism and entitlement in the UAE case does not seem to translate into a heightened willingness to work hard, take risks, and achieve at higher levels. The UAE seems to be experiencing the perils of pride, to use Jones’s terminology.

The book rests on solid theoretical and empirical grounds. It would have benefited from including a detailed analysis of the vast resident and immigrant communities: without their effort, making the new UAE ‘citizen 2.0’ would have been impossible. A detailed focus on their participation, inclusion, exclusion and perhaps ambivalence towards the heralded UAE spectacles would have enriched this important book.

In addition to specialist academic audiences, Bedouins into Bourgeois should be a must read for policy makers, especially those who look to the UAE for inspiration and prepare their countries to embark on a similar journey. Here the new Saudi leadership and especially Muhammad bin Salman, reportedly so impressed by the ‘UAE model’, would benefit from learning hard lessons in making citizens, inflaming the imagination with new nationalism, and energising the youth with populist and theatrical policies.

Madawi Al-Rasheed is Visiting Professor at the LSE Middle East Centre. In January 2017, she returned to the MEC from a sabbatical year at the Middle East Institute, the National University of Singapore. Previously, she was Research Fellow at the Open Society Foundation. Her most recent book is Salman’s Legacy: The Dilemmas of a New Era in Saudi Arabia. She tweets at @MadawiDr