The following article was originally published as a policy brief of the Institute of Regional & International Studies (IRIS) and Konrad-Adenauer-Stiftung (KAS) Syria/Iraq Office. Click here to view the full brief.

To date, the policy discussion on Basra has revolved around whether or not the newly appointed central government under Prime Minister Adil Abdul-Mahdi’s leadership can deliver basic services to a population angered over many years of stalled, failed infrastructure projects. Comparatively little attention has been paid to the impact of Basra’s unique local political dynamics on the challenge of service provision and reconstruction. In what follows it is argued that the failure of reconstruction is a product of this fraught, extractive political marketplace.

In Basra no single party or political actor is preeminent. Hikma, Da’awa (State of Law), Sadr, and Fadhila have all competed for control over the past decade, and increasingly Badr and Asaib Ahl al-Haq (AAH) are on the rise as powerful local blocs. These actors operate on a relatively flat political playing field, vying for control over Basra’s strategic assets. Despite the populist rhetoric of the parties and claims to respond to demands for development, in practice the strategically-located and resource-rich province is seen as a major source of revenue. The parties and their affiliated employees stake out control over oil and gas subcontractors, border crossings, ports, gas fields and government contracts. Instead of good governance and provision of services, the parties are primarily engaged in directing public resources to the coffers of their institutions, thus furthering their capacity to strengthen local and national patronage networks.

In the aftermath of the protests in the summer of 2018, stakeholders in Baghdad and Basra convened in order to address the political crisis. These deliberations resulted in both the allocation of state money to Basra as well as the tentative empowerment of the governor to sign off on projects without cumbersome committee oversight. While the governor now theoretically has the legal authority to select foreign contractors and initiate projects (though this power is disputed by some parties), his control over the lengthy and technically complex process of implementation is by no means absolute. Infrastructure projects require a reliable transfer of promised government funds from Baghdad, a steady flow of supplies through ports and across borders, visas for experts and employees, and numerous governmental approvals for contracted companies. All of these processes are routed through a bureaucracy that is co-opted by functionaries beholden to political parties, thereby injecting nearly limitless economically-motivated blockages. No single authority has jurisdiction over the entirety of the implementation chain, allowing different actors to halt projects in exchange for money or political concessions. Consequently, crucial projects have repeatedly failed, giving rise to mass popular dissent and challenges to the political elites.

Despite this pressure from the populace, any threat to the status quo is countered by a soft collusion among the parties to preserve the existing system of resource extraction. This tension between competition and consensus is clearly manifested in the ongoing struggle over the governor’s office. The governor Asad al-Aydani came to power as the result of Hikma’s backing; however, soon he showed signs of supporting then Prime Minister Haider al-Abadi’s Nasr Coalition. And subsequently after losing the support of Nasr during the height of the protests, al-Aydani indicated his intentions to act independently. None of these developments pleased Hikma, his original backer. While in theory Hikma has the power on the provincial council to remove the governor in alliance with the Sadrist current, there is a general understanding among all the main parties that his ouster would incite further political instability and thereby disrupt the existing flow of revenue and contracts. Even Badr and AAH have given conditional support to the governor, using this relationship as leverage in dealings with the established parties over contracts and resources. No side has the reserves to afford for the entire extractive system to disintegrate into chaos.

The durability of this political marketplace has and will continue to inhibit the successful implementation of crucial government projects, particularly those requiring the harmonious coordination of multiple processes at once. Of all the infrastructure challenges facing Basra, none is more urgent than enhancing water treatment and distribution. Barriers are in place at multiple, inter-related levels: the rivers and tributaries feeding into Basra are siphoned off to upstream communities and partially blocked by Iran and Turkey at critical times; toxic over-salinity has outpaced the capacity of water treatment facilities; and finally, the lack of adequate distribution networks leaves many communities off the water grid. This complexity demands not only the successful implementation of new infrastructure projects but also a wholistic integration of all the various systems.

The authorities in Basra have attempted since 2006 to implement what is known as the Great Basra Water Project (مشروع ماء البصرة الكبير), a multi-billion dollar water desalination mega-project along the Shatt al-Arab, funded in part by loans from Japan and executed by Japanese, French, and Egyptian contractors. The project sought to address the shortages of non-potable water in the province. Despite much political rhetoric and support from the highest levels of government, the project met a series of obstacles, including the following: (1) Allegedly multiple influential parties demanded upwards of 100 million USD in exchange for their support. (2) The Iraqi government repeatedly failed to meet its financial commitment to the project mainly because payments needed approvals of various authorities, who themselves were co-opted by political parties. (3) The offices and authorities in the border crossings and ports obstructed the entry of crucial equipment and supplies – some sources claimed 14,000 blocked shipments – due to demands for payments. (4) Tribal threats of violence played a role in slowing project completion. As a result of these blockages, the project’s completion date has successively been postponed from 2017 to 2018 and now 2019. Even if the construction aspect of the project had been successful, multiple sources indicated that it would likely meet additional obstacles in connecting the facility to distribution centres across the province.

Despite the failure of the Great Basra Water Project and many others, the provincial government continues to issue new tenders. Recently the governor announced three major projects as part of the so-called ‘Strategic Plan for Solving the Water Problem.’ Each of these projects has raised questions around both technical efficacy and corruption. The governor awarded a major contract to construct the Al-Muhella Water Desalination Project in the Abu Khasib district, purportedly to a company specialised in concrete construction with no prior experience in water projects. The second project aims to extend a water pipeline from the Qurna District (northern Basra) to the central areas of the province. The project has caused consternation among factions of the provincial council who have cited the exaggerated pricing. Indeed, a common mechanism of corruption in Iraq is to inflate the prices of equipment and services. The third project is a multi-billion dollar hybrid water desalination and power generation facility located in the Fao District. This project mimics the same financial structure of the Great Basra Water Project in that it relies heavily on foreign financing and execution – this time Chinese – and involves a high degree of technical expertise. There is no tangible evidence that the provincial or federal authorities have made efforts to remove the same barriers that fouled up the Great Basra Water Project.

These realities on the ground cast doubt upon the sincerity of populist rhetoric on the part of the governor and the political parties. They have repeatedly drawn attention to the ‘sacrifice’ of Basra’s martyrs in the fight against Daesh, and the fact that Basra is the economic engine of Iraq. This rhetoric is intended to enhance support for the local political blocs, but it has also had the effect of intensifying popular demands for the provision of improved services and greater opportunity for employment. Such calls for action are unlikely to be realised in light of the ongoing expansion of the political marketplace, which continually redirects new assets, contracts, and resources into the coffers of the party elites. To date, measures instituted to curb the tide of political competition and corruption have failed. Whatever accountability mechanisms or new frameworks are put in place, the various political actors adjust to ensure that the overall status quo is preserved. The flexibility of the political marketplace renders meaningful reform hard to come by. 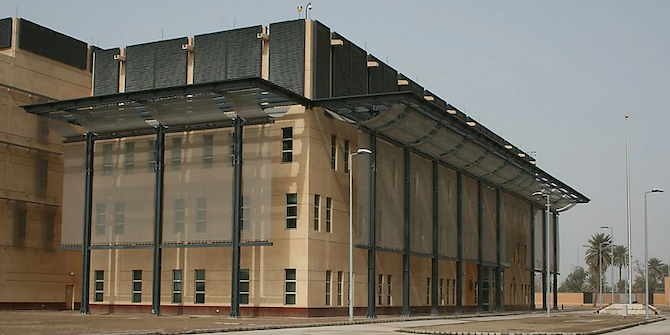