60 years after its establishment, the Kuwait National Museum (KNM) is still suffering from blurred vision and weak performance. The new building was opened in 1983 as a national project to serve as a symbol of modernity in Kuwait. The state had set its hopes on it as a national symbol telling the narrative of Kuwait’s national history from prehistory to an imagined future. However, the contradictions experienced by the museum since its design, construction and application have led to confusion around its role and the goal for which it was supposedly created.

While national museums in the Gulf are evolving, aiming at creating national symbols and engaging wider audiences, KNM seems to be aging and losing popularity. Although serious restoration work was initiated in 2015 to regenerate the museum complex, the heart of the museum’s administration is opaque. A narrow framework limits the museum’s activities and community role and few locals interact with it. The museum’s officials believe, regardless, that it meets its stated goal of being an educational institution.

In a survey conducted with 255 Kuwaiti participants, 25 percent were unaware of the existence of KNM. Others knew it was there but couldn’t give its location, despite knowing the National Library just in front of the museum. This reflects the absence of the museum’s communication and outreach activities. KNM has a Public Relations department, but its role is limited to working with delegations who visit Kuwait for archaeological conferences. The PR department does not work internally with staff groups, nor does it have external relationships with the wider public.

So what has the National Museum achieved in promoting national identity? It is worthwhile noting here that KNM was completely destroyed during the Iraqi invasion in 1990, which was a turning point in its work from better to worse. Since the museum was reopened in 2002, it has been in a state of constant instability. Instead of starting a new era to achieve its goals and enhance its position, KNM has operated at a rather slow rhythm behind the scenes. As a result, people have forgotten that they ever had a national museum.

During the early years of KNM, various activities for different age-groups in society used to be organised. There were exhibitions and workshops about pearl diving and handicraft production, dedicated to introducing young people to the history of their ancestors and linking the past to the present. Events also celebrated National Day, which is the largest national event in Kuwait. These activities were aimed at strengthening national identity and contributing to popular knowledge of Kuwait’s history in an enjoyable fashion. Today there are no such events – KNM is open during the national celebration days, but without activities as the staff are off for the public holiday.

The educational aspect was one of the main goals when establishing the museum. Before the invasion, school visits were frequent and linked to the curriculum. Currently, many schools have not yet had the chance to visit the museum. Today’s KNM lacks the exhibits and resources that assist young people in the process of thinking and learning. Although the Heritage Gallery is more related to the subject of ‘National Education’ that is taught in schools, it nevertheless lacks attractive and engaging content.

In an interview with a museum official, he explained that the museum is making great efforts to participate in the educational process, initiating cooperation projects with schools to link the curriculum to exhibitions. Surprisingly, KNM does not have an education department, and instead the museum’s guides lead communication with schools and deliver educational tours. Life-long learning, on the other hand, is almost completely absent from the museum. There are no activities during the day or on a seasonal basis and the objects’ labels are insufficient, being more descriptive than educative.

This missing information leads to an incomplete spatial experience for visitors. The entrance to KNM and the connections within wings are extremely basic. Poor lighting and total silence in the exhibition halls make the visitor feel uncomfortable. The typical duration of a visit is as little as around 30 minutes, due in part to the museum’s unwelcoming environment. KNM lacks essential facilities that would attract visitors and encourage them to stay longer, such as cafés or gift shops.

As such, it must be said that KNM has not achieved the goals for which it was established. Although the museum has not been fully brought back into service after the invasion, today it has a second chance to re-define its position as a national symbol. It seems a missed opportunity that the restoration work removed all the war remains and gave the museum a new facade. KNM’s present exhibitions do not reflect the national narrative of Kuwait, as they have ignored major parts of history. There is a major gap between the archaeological gallery displaying findings from Kuwait’s historical sites and the heritage gallery that includes a simulation of the old town. The historical narrative of Kuwait stops after the 1950s. Remarkable events such as the discovery of oil, modern urbanisation and the Iraqi invasion are all missing from the museum’s displays. Even with these two exhibitions, a timeline or a sequence narrative is absent. KNM’s status can best be described as lost in the maze of absence.

Sundus Al-Rashid is an independent researcher in museum studies and a doctoral researcher at Brunel University London, researching museum communication. She studied mass communication (journalism) at Kuwait University and worked as a tour guide at The Grand Mosque of Kuwait. She holds a Masters in museums, galleries and contemporary culture from the University of Westminster with a dissertation on museum written texts and their use in Kuwaiti museums. She tweets at @sundus_alrashid

Urban Planning and its Legacy in Kuwait April 23rd, 2020 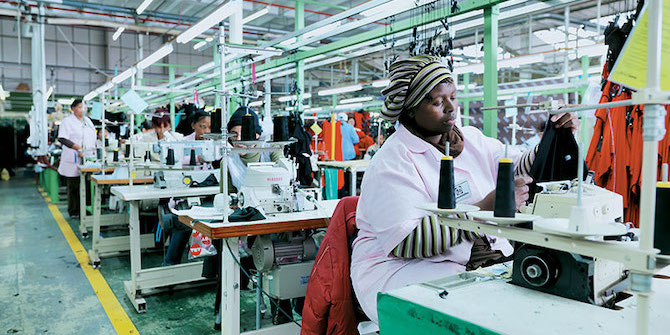