By Amrashaa Singh and Apoorva Upadhyay 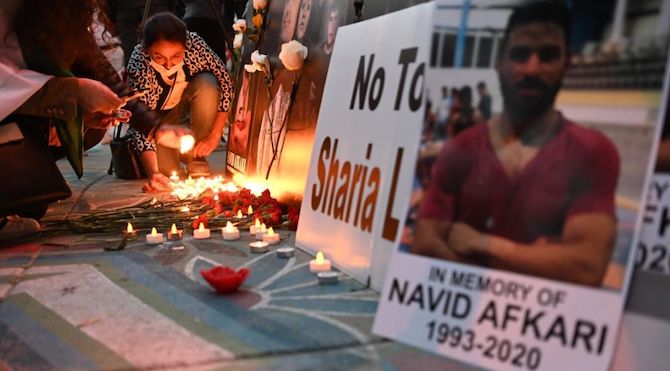 A vigil in Toronto for the Iranian wrestler Navid Afkari who was executed in September 2020. Source: The Post Millennial, Wiki CC

Since its very establishment, Iran has had a tainted history of using media as a device for social control. The state censors the media and the head of mass media is accountable to the Supreme Leader of the Islamic Republic according to Article 110 of the Constitution. The government is infamous for proliferating its propaganda through the state-controlled channel, Islamic Republic of Iran Broadcasting (IRIB), to influence citizens by brainwashing them. Additionally, it also broadcasts forced confessions of people arrested, to justify the perpetual oppression and simultaneously instigate fear in civil society in Iran.

Incidents of torture and forced confession have increased since the 2009 presidential elections. Recently, the International Federation for Human Rights released a report that exposes the gravity of the situation in Iran. It highlights the fact that between 2009 and 2019, Iranian media broadcast forced confessions of at least 355 citizens. According to a survey by the (state-controlled) Statistical Centre of Iran, in 2017, 91% of Iranians who were above the age of 15 watched the programmes broadcast on IRIB for an average of four hours per day. One of the primary reasons for such numbers is the fact that the citizens of Iran have limited outlets owing to heavy internet censorship and terrestrial satellite jamming. The limited outlets which do get air time work in tandem with the state and broadcast forced confessions, defamatory programmes, and misrepresent private data.

The most recent example of a forced confession and subsequent execution is that of Navid Afkari which has brought the spotlight back on the rampant human rights violations in the country. Navid was an Iranian wrestler who, along with his two brothers, was arrested on charges of participation in illegal demonstrations, insulting the Supreme Leader, robbery, enmity against God, and alleged murder of a government agent. All three were given the punishment of 74 lashes and then, Navid was given two death sentences; one for ‘retribution in kind’ by a criminal court and the other for ‘enmity against God’ by a Revolutionary Court. On appeal, the brothers claimed before the Supreme Court that they were tortured in jail and forced to confess. The Supreme Court rejected the argument and apparently quoted them from a private conversation with their lawyer, claiming that they had voluntarily made the confessions. The court further added that their claim seems to be a result of ‘prison training’ (coaching by other prisoners to claim torture) and therefore does not change the nature of their punishment.

In 2019, Navid released a handwritten note highlighting how he was tortured and forced to confess. He wrote about the unnerving instances of being beaten on his legs, hands, and abdomen with a baton or a stick, having alcohol poured in his nose and a plastic bag pulled over his head to suffocate him.

Unfortunately, such incidents are quite common in Iran. There have been similar claims in the past against the Iranian authorities of physical and mental torture to force confession(s) out of people. For instance, in 2017, an Iranian academic’s forced confession was televised wherein he proclaimed that he had provided information to Israel to help them assassinate senior nuclear scientists. The Supreme Court, relying on the forced confession, passed a death sentence against him. Although the judgment was widely criticised, the Iranian authorities went ahead and executed him. However, the most disconcerting incident was that of Zeinab Sekaanvand who was executed for the murder of her husband. Following the death of her husband, she was arrested and brutally beaten up by the police authorities after which she confessed to the crime. She was denied the right to minimum legal aid and it was only after three years when she was given legal assistance that she retracted her earlier confession and said that her brother-in-law (who had also raped her in the past) had murdered her husband. Even though she was a juvenile, a death sentence was passed against her.

By executing citizens based on such forced confessions, Iran now finds itself in contravention of several international obligations. Article 7 and 14 of the International Covenant on Civil and Political Rights, to which Iran is a State Party, clearly prohibits the use of force and torture against a person for extracting confessions. Further, Principle 21 of the UN Body of Principles for the Protection of All Persons under any form of Detention or Imprisonment also articulates that people who are detained shall not be subjected to violent methods of interrogation. Moreover, Article 38 of the Iranian Constitution itself states that confession obtained through subjecting force and torture is inadmissible in a court of law. Through its previous judgments, the Human Rights Committee has also observed that a trial wherein a person is forced to confess is not free and fair trial and is therefore a violation of their human rights.

Iran is using these measures to propagate its majoritarian ideologies and suppress any dissenting voices that may arise against it. The state-run media continuously indoctrinates citizens, which concomitantly sends a chilling effect down the entire system of the menacing consequences that may follow should they choose to go against the Supreme Leader. In 2019, Iranian lawmakers attempted to pass legislation banning the broadcast of such forced confessions on State television. The bill also contained penal provisions for those found in violation of the law. Unsurprisingly, the bill is still pending in the Iranian parliament. However, in the present circumstances, it seems unlikely that the bill will see the light of the day. It is believed that the execution of Afkari, despite global requests for clemency, was done in order to set an example. Iran now faces heavy criticism by scholars, legal experts, and activists alike. The weaponisation of the media and suppression of dissent and human rights cannot be condoned any longer but, for now, the execution of Afkari can only be viewed as a travesty of justice and liberty.

Amrashaa Singh is a fourth year student at National Law University Odisha with a keen interest in constitutional law, human rights and International affairs. She tweets at @amrshasng

Apoorva Upadhyay is a fourth year B.B.A.LL.B. student at National Law University Odisha who has a keen interest in constitutional law and public policy. He tweets at @apoorv5upadhyay 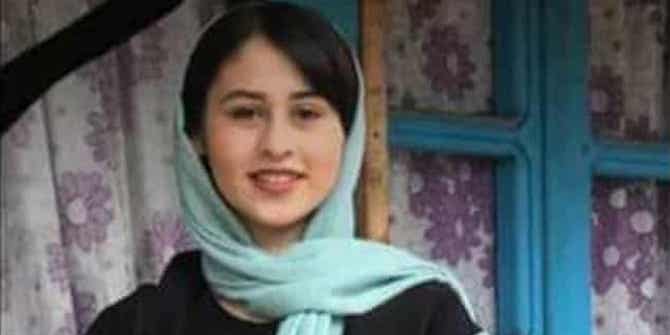 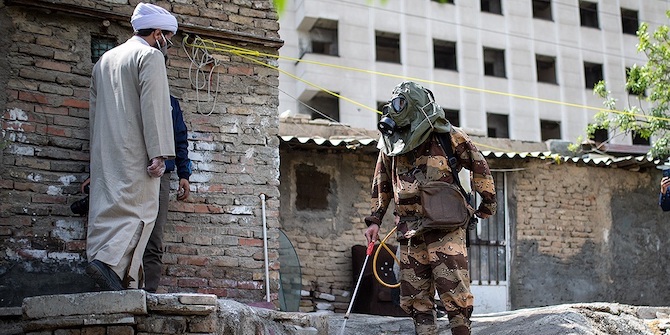