Seven years ago, I wrote Kerry’s Billions to critically examine the US economic plan for the Occupied Palestinian Territory (OPT). At that time, the US Secretary of State John Kerry (under the Obama-Biden Administration) promised the Palestinians billions of dollars (ranging between $4 and $11 billion) through his ‘Palestine Economic Initiative’.

The plan aimed to develop the economy of the West Bank and Gaza Strip over a three-year period, as a prerequisite for a political settlement that would end the ‘Palestinian-Israeli conflict’. That plan promised a 50% increase in Palestinian Gross Domestic Product (GDP) over three years, a cut of two-thirds in unemployment rates and a virtual doubling of the Palestinian median wage. Kerry has called his plan ‘a new model for development’, while Tony Blair, the Quartet’s representative at the time, claimed it was unique in history. I warned then not only about the unattainability of this plan, but also about its problematic design, detrimental consequences, and flawed economic rationale.

I also warned that ‘economic peace’ can’t buy ‘political peace’, and that economic peace as a prerequisite for prosperity is fundamentally flawed in the absence of a political horizon. Kerry (and the Obama-Biden Administration) left the White House, the billions of dollars stayed in D.C., and the plan failed to materialise or deliver any tangible outcome of what it envisaged and promised.

Certainly, this was not a surprising result, as it was framed within an overall failed paradigm/approach of external intervention, and indeed dictated by the calculations and parameters of a dishonest broker for peace (the US) and its ally (Israel).

Now, as Joe Biden is getting ready to return to the White House as president, I am afraid my prior warnings remain relevant as Kerry’s Billions will be substituted by Biden’s Billions. The return to the ‘old normal’ is neither good news for peace nor justice, let alone freedom and equality for the Palestinians.

The Biden Administration cannot deviate from the traditional US policy approaches towards Palestinians of ‘economic peace’ and ‘peace dividends’. Therefore, few should be surprised if the new administration chooses US aid as their entry point to re-engage with the Palestinian Authority (PA) after years of marginalisation and neglect under Trump. In fact, by doing so, Biden will be pursuing a path that all his predecessors followed, and failed.

Therefore, a Biden Presidency will have no incentive to depart from the ‘economic peace’ approach in the US policy towards Palestine. It just needs to come up with a new nickname or synonym for the aforementioned ‘economic peace’ and ‘peace dividends’ plans. They will also need a slightly modified ‘hybrid modality’, meaning that their intervention will likely not be solely composed of conditional aid, but also of conditional investment. This hybrid modality of ‘aid-investment’ could be seen as a fitting approach in light of the so-called Abraham Accords and the path of ‘regional normalisation’ between Israel and some Arab states.

That said, resuming aid to the PA will necessitate the Biden Administration reversing a number of laws and regulations enacted over the past four years, or go around/bypass them before it re-starts its aid programmes. This should not be a major obstacle, as political drive will, as usual, run roughshod over the regulation and legal sphere.

Finally, and from the recipient’s perspective of this anticipated US ‘aid-investment’ package – the PA – there will be little resistance to this problematic aid framework. With the success of Biden and defeat of Trump, the desperate Palestinian political leadership has already sent clear signs to D.C. that they are ready for the ‘old normal’. The political framework they have adopted since the foundation of the PA is in line with the Biden Administration’s parameters, and they clearly have not learnt from the previous collective failures over recent decades: they are planning, once again, to put most (if not all) of their eggs in the US basket and accept US aid.

Given the PA’s dire finances, they view the influx of US aid as some much-needed oxygen, and they will be willing to live with the package of conditions attached to it. However, this is not good news for the Palestinian population in their quest for self-determination, freedom and dignity.

After all, over the decades US aid to the PA largely aimed to solidify the latter’s role of as a subcontractor to Israel’s occupation, making it cheaper and longer to the benefit of Israel’s economy, all while entrenching Palestinian fragmentation and denying the potential for Palestinian democracy. With a new aid package from the incoming US administration, these harmful dynamics will only solidify further and make grimmer the prospects for a true and lasting peace.

It is time to move beyond the ‘old normal’, but certainly neither the incoming US administration nor the current Palestinian political leadership are capable of or willing to move to a ‘new normal’ that might provide the basis for a just peace.

Alaa Tartir is a Researcher and Academic Coordinator at the Graduate Institute of International and Development Studies (IHEID) in Geneva, a Global Fellow at The Peace Research Institute Oslo (PRIO), and Program and Policy Advisor to Al-Shabaka, the Palestinian Policy Network. Tartir’s publications can be accessed at www.alaatartir.com, and he tweets at @alaatartir 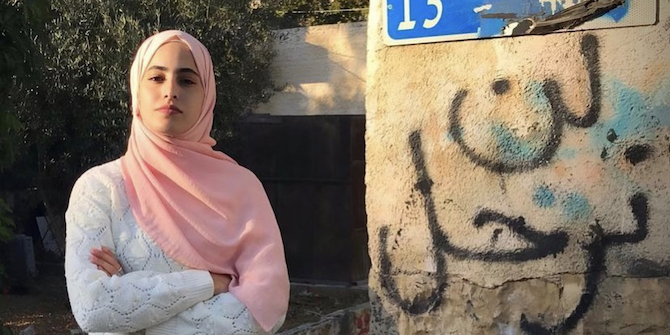 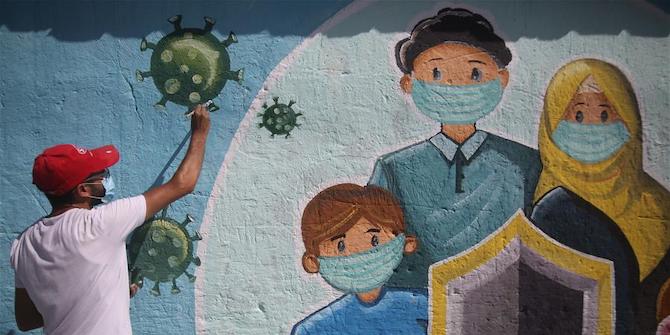