by Georgina Morris and Poulami Bhattacharya

On 31 March 2021, the LSE Middle East Centre hosted the launch of the research project ‘Redefining Deprivation in a Conflict Area’ presented by team members Tiziana Leone, Weeam Hammoudeh, Susan Mitwalli, Rawan Kafri and Tracy Lin. The project, a collaboration between the LSE departments of International Development and Social Policy, as well as the Birzeit University and the American University of Beirut, seeks to understand how people give meaning to and cope with ‘deprivation’ in its various forms. The study takes place in the context of the occupied Palestinian territories (oPt) and the resulting impacts of the conflict and military occupations on individuals’ psychosocial health are investigated.

The project questions dominant conceptualisations of ‘deprivation’, which are usually presented in economic or material terms. It contends that this narrow view of deprivation can conceal the extent to which ‘capability deprivation’ impacts one’s health (socio-politically and psycho-socially). To formulate their analysis, the authors engage with theoretical paradigms (such as Sen and Nussbaum’s capability approach), rich interdisciplinary methodology and multi-epistemological perspectives. This allows the authors to take a holistic, all-encompassing approach to the study of deprivation and its health outcomes. This project is situated within the background of the Palestinian context.

Palestine was chosen as a case study for this research, due to its long-lasting and continuous situation of protracted conflict. The construction of the Separation Wall, army checkpoints and broader restrictions of movements of people and goods have limited Palestinians’ access to healthcare services for decades. This situation reflects how [lack of] freedom of movement can affect people’s feelings of deprivation in a conflict setting. While every conflict is unique, the added element of developing deprivation as a multi-faceted concept through triangulated qualitative and quantitative data provides an output that is more generalisable.

In the quantitative portion of the study, the researchers drew on the operationalisation of deprivation into its subjective and objective categories and examined the effect on one’s overall health status, which involved both physical and mental well-being. Data on over 7,000 households from the 2014 Socio-Economic and Food Security (SEFSec) surveys were used to analyse the effect of the independent variables, namely measures of deprivation and acute stressors, on the dependent variable, which here GHQ-12 score measurement of poor mental health. The regional and locality level data also allowed for a deeper understanding of the varying political conditions within the West Bank and Gaza Strip regions. Additionally, multilevel modelling was used to assess the impact of deprivation on one’s mental health.

The associations between the main variables of interest are illustrated in Figure 1 below. After controlling for demographic indicators and socioeconomic characteristics such as education, wealth, aid, governorate, and whether the head of the household was male or female; the researchers found a statistically significant relationship between those living in Area C (and near the Buffer Zone) to increased food insecurity and lower food diversity. Access to services, proximity to the Separation Wall and to checkpoints all represent a substantial burden for mental health. This was also mediated by three factors namely, political, economic and agricultural stressors.

The quantitative analysis has helped the team to develop more in-depth qualitative information to explore what deprivation means or how it is experienced. This is where the key messages came from. The qualitative phase involved 52 in-depth semi-structured interviews with Palestinian adults. Taking a bottom-up perspective, these interviews sought to illuminate how the individuals understood, experienced and coped with deprivation. The research found that perspectives of deprivation extended beyond the material:

‘Deprivation is not being able to possess something – not necessarily a material possession between your hands, it could be something emotional or spiritual’. – Interview 42.

An additional four themes emerged to represent the perspectives and experiences of deprivation among the Palestinians interviewed: rights and freedoms (including political deprivations, linked to social and emotional needs); spatially defined deprivation (including feeling abandoned by their national government); deprivation of opportunity and possibility (such as socio-economic and self-development opportunities).

Emphasising reflexivity and flexibility and encouraging new insights from the interviewees, Leone, Hammoudeh, Mitwalli, Kafri and Lin used these emerging themes to guide their reconceptualisation of deprivation that is sensitive to history and structures of power. This reconceptualisation of multidimensional deprivation refined the quantitative analysis, grounding these findings in participants’ experiences. This iterative process ensured that a voice was given to the participants through a mixed-methods design, which is necessary to fully encapsulate the complexity and ambiguity of the topic.

As the authors stressed at the event, the key takeaways from this research study are twofold. Firstly, locality matters in the Palestinian context, as does politics. Both these factors have been found to significantly affect mental health and well-being, especially relating to political uncertainties and restrictions in movement. Secondly, that deprivation is multidimensional, and can be experienced beyond the economic definition. Deprivation has a negative impact on health, not only in the short term, but also in the long term. The latter takeaway provides a catalyst for further research to be conducted in other context-zones. As the authors write, they hope their research ‘opens up new analytical insights that inform the study of deprivation more broadly, which can be used to analyse contemporary questions of social justice, inequality and institutional racism’.

This Monday 10 May, the project’s PIs will discuss the geopolitics of health in the Middle East at a joint online event with the Global Health Initiative. Register here.

This blogpost is a product of a collaborative research project between LSE and Birzeit University titled ‘Re-Conceptualising Health in Wars and Conflicts: A New Focus on Deprivation and Suffering‘. The project forms part of the Academic Collaboration with Arab Universities Programme, funded by the Emirates Foundation. The final paper is available to read here.

Georgina Morris is currently pursuing an MSc in Health and International Development at LSE. She has a bachelor’s degree in History from the University of Leeds. Her research interests include links between climate change, non-communicable diseases and health equity.

Poulami Bhattacharya is currently a MSc Health and International Development student at LSE with a Bachelor’s degree in Sociology and Quantitative Methods from the University of Warwick. Her research interests include gender and health equity.

Food Insecurity in the Occupied Palestinian Territory: Reflections in Light of the COVID-19 Lockdown March 31st, 2020 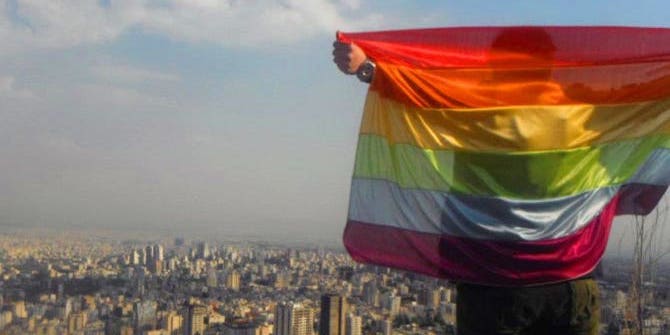 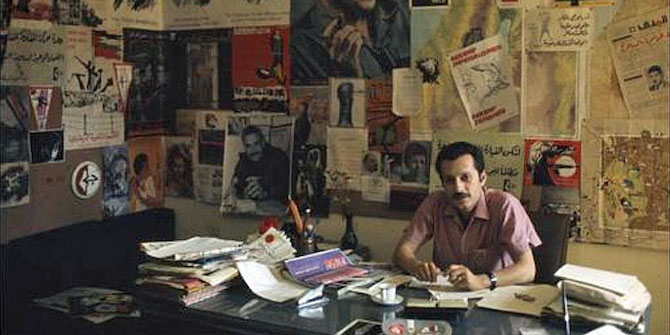