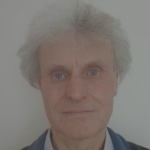 The Confederation of British Industry has recently called for a new trade deal with the European Union and Rishi Sunak saw himself forced to rule out the Swiss option. These are just examples of how little the UK understands how the European Union and the single market work. Nicholas Sowels lists many of the erroneous assumptions Britain has made about its power to negotiate a bespoken deal with the EU, ignoring that the four freedoms of movement – for people, capital, goods, and services – are not just abstractions.

As the Brexit debate keeps rumbling, one thing forever stands out: the perpetual failure of policymakers in the United Kingdom to understand how the European Union (EU) works.

The calls in mid-November 2022 by the CBI to reach some new deal to improve on the Trade Cooperation Agreement (TCA), signed in extremis in December 2020, and the rebuttal by Rishi Sunak of any form of Swiss option are only the latest in a long line of proposals and refutations that show little real understanding of how the European single market (SEM), let alone the EU, function.

Access to the SEM, one of the EU’s most important constructions, is a package. The four freedoms of movement – for people, capital, goods, and services – are not just airy political aspirations about “ever closer union”. They are actually what makes up a functioning market by definition. And the Tories should know, as it was Mrs. Thatcher’s choice of Commissioner, Lord (Arthur) Cockfield who drafted the 1985 White Paper setting out in detail the EEC/EU Directives needed to achieve these freedoms. At the time, such liberalisation was even touted as the Thatcherisation of Europe.

Yet, whoever says market says law. One of Karl Polanyi’s seminal contributions to economics in The Great Transformation (1944) was that markets are social and legal constructs: no contracts and enforceable property rights, no markets. And applying EU law means having the European Court of Justice (ECJ) interpret it, and the European Commission enforce it.

Access to the SEM also means contributing to the EU budget. Again, this is virtually axiomatic, given the historical place of agriculture in EU policies and intra-EU trade (the Common Agricultural Policy was set up in 1960), while the EU has provided regional development aid since the 1970s to foster growth and underpin political support for integration. The EU’s institutions must be financed too.

The best of Brussels fudge might help over the Northern Ireland Protocol in easing up on controls of British goods going there and goods moving into the Republic of Ireland, although there remains a lot of fearful devil in the detail on agrifood, VAT, and state aid (Peter Foster, Financial Times, December 2, 2022). Yes, Northern Ireland could be a backdoor into the single market, but the logistics of shipping goods via Ireland to continental Europe would make smuggling costly, and customs checks could be applied creatively, perhaps in the Republic away from the border. The same cannot be said for freight passing through the Channel Tunnel. “Brexit means Brexit”, and in January 2017, Theresa May spelt out in her Lancaster House speech that it meant leaving the SEM. In his dairies, chief EU negotiator, Michel Barnier recalled being “stupefied” by the “number of doors [she] shut, one after the other” (Financial Times, May 6, 2021).

As we know, the “experts” were ignored, like Sir Ivan Richards (Britain’s Permanent Representative in Brussels through to January 2017). Time and time again he warned about how difficult negotiating a deal would be. But this cut little ice in London, given the hype that the deal should be the “easiest in history”, or that Britain would “hold all the cards” having voted to Leave. Such bravado later morphed more fully into Boris Johnson’s “cakeism”.

One recurrent error was Brexiters’ view that Angela Merkel and BMW would come to the rescue. Making the case for Brexit in May 2016, David Davis proclaimed that “the first calling point of the UK’s negotiator […] after Brexit will not be Brussels, it will be Berlin, to strike the deal: absolute access for German cars and industrial goods, in exchange for a sensible deal on everything else”. As much as anything, this kind of thinking shows to what extent Britain’s leading Brexiters just did not know how the EU functions. It was never in Angela Merkel nor Germany’s power to cut a deal. Moreover, much of German industry – and especially the car industry – has created complex production supply chains with East European countries based on the SEM. That these networks would somehow be gambled away by Brexit, unpicking the SEM for the sake of selling cars in the UK, was never going to happen.

And so things went on. Britain’s so-called “Chequers Plan” set out in July 2018 caused much gnashing of teeth in the UK and the resignation of Boris Johnson as Foreign Secretary. But for Brussels, the whole exercise was off the point, with Donald Tusk noting emphatically that it would “not work, not least because it [was] undermining the single market”.

Things did not get much better with time. In May 2020 – after Britain had already left the EU and negotiations on the TCA were progressing despite the pandemic – Lord David Frost’s team set out in its 292-page Draft UK-EU a Comprehensive Free Trade Agreement, full of wishful thinking, for example, about obtaining access to the EU market in financial services (Article 17.3), while hoping to set up a Financial Services Committee to settle disputes, thus avoiding ECJ jurisdiction. Michel Barnier responded shortly afterwards by noting that third-party access to a number segments in EU financial markets (such as banking and retail insurance) simply did not exist. Moreover, EU decisions on granting access via recognition of regulatory “equivalence” for certain services was in any case a unilateral decision, outside the TCA negotiations (see Sowels, 2020).

In sharp contrast to the delusions of Brexiters, the Federation of German Industries (BDI), for example, warned its members as early as May 2017 to “prepare for the worst-case scenario of a very hard exit” – fully two months before David Davis arrived in Brussels to start negotiations – with no papers.

Recently, the mood music has changed. Rishi Sunak and Emmanuel Marcon gave an enchanting pas-de-deux at the COP27 and a new agreement has been signed between London and Paris to tackle refugee flows across the channel. Significantly too, there is now a more serious effort underway to resolve problems over Northern Ireland before the 25th anniversary of the Good Friday agreement in 2023, which the Americans are watching closely.

But recent UK domestic arguments about improving the TCA and moving to some sort of Swiss deal are in line with previous debates characterised not just by political posturing but more fundamentally by ignorance. These discussions largely ignore that relations on trade between the EU and Switzerland are fractious, precisely because the EU wants an institutional framework agreement (IFA) to replace the existing patchwork of arrangements, and specifically containing: a dispute settlement mechanism under ECJ jurisdiction, dynamic alignment with EU regulations, and state aid rules to ensure a “level playing field”. For its part, Switzerland has been concerned about exemptions it has from EU labour market regulations – and there has been no agreement.

The next major drama that risks unfolding if the Brexiters’ bravado and ignorance prevails concerns the “sunset clause” of the Retained EU Law (Revocation and Reform) Bill. Should hundreds or even thousands of EU regulations simply become void at the end of 2023, this would severely undermine many markets in the UK. Polanyi would be gobsmacked.

Nicholas Sowels is Senior Lecturer in economics for Politics and British Studies at Université Paris 1 Panthéon-Sorbonne.

Photo by Franz Wender on Unsplash