One way of increasing citizens’ trust in politics is to ensure there is a suitable representation of people from different backgrounds within Parliament and government. Drawing on new research, Albert Ward writes that British politics continues to suffer from a severe lack of class and educational diversity.

In Britain, we often think of increasing representation in Parliament and government in terms of racial and gender diversity. Huge improvements have been made here: the number of women in Parliament is the highest ever, and the proportion of ethnic minority MPs almost matches that of the general population. For the first time, we have a prime minister who is not white.

However, we do not pay enough attention to class or educational representation at the top of British politics. Here, both Parliament and the government are hugely unrepresentative. The proportion of MPs from working class backgrounds has been declining for many years, while many more MPs went to university than their voters. Rishi Sunak’s cabinet has the second-highest proportion of private school-educated ministers of any in four decades (only Liz Truss’ cabinet was higher).

Figure 1: Women and ethnic minority representation in Parliament, against population 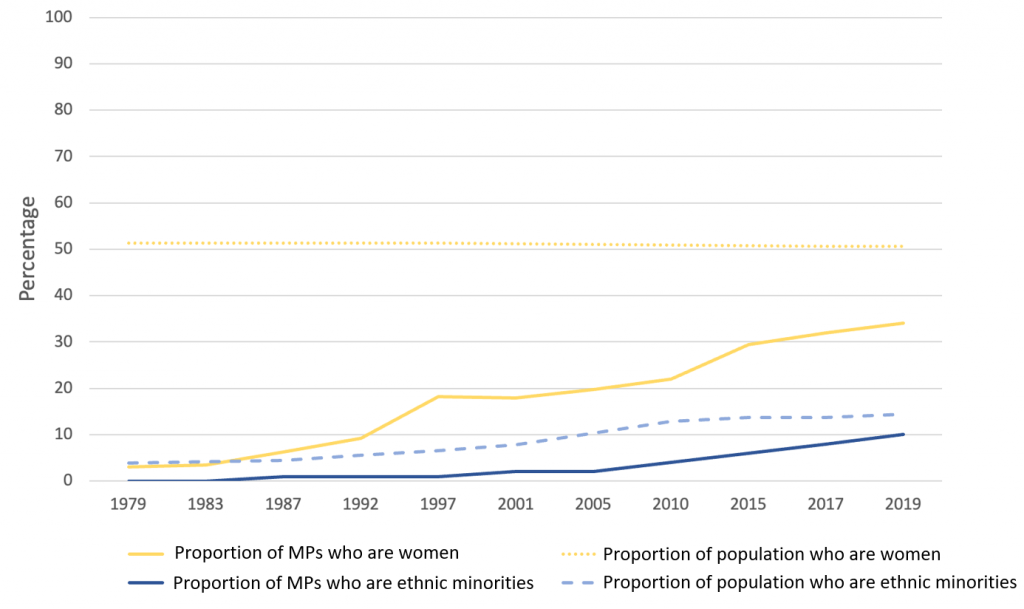 The starkest divide is in university education. Despite huge increases in student numbers over the past decade, a large majority of the population, particularly those from poorer backgrounds, still do not have degrees. The gap between the proportion of MPs who went to university and the proportion of the population who did is over 50 percent; it is as large as it was in the 1970s.

Private schooling – an occasional indicator of upper or upper middle class status – is similarly dramatic. While the proportion of MPs who went to private school has declined over recent decades – it dropped by 16 per cent in 2015, largely due to the increase in SNP members – it is still triple that of the population, and has risen after the last two general elections. 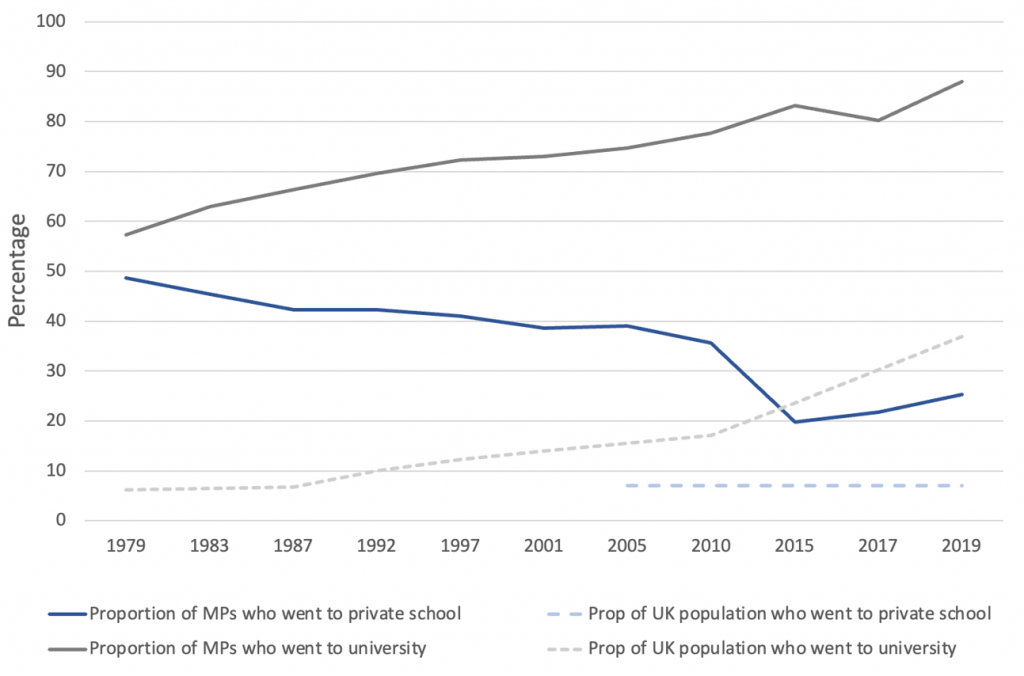 Note: Data for proportion of UK population who went to private school is proportion of school population attending private school in 2005 and 2010, though in practice they are quite similar. Data for university education includes polytechnic universities / degrees. Data measured at each election. University educated and private school MPs the average of main parties for 2017 and 2019; Barro-Lee educational data linearly projected from 2015. Source: Barro-Lee, 1979–2015; Ford et al., 2019 and previous editions; Sutton Trust, 2005; 2010; 2015; 2019

The most common indicator of class, occupation, tells the same story. Over the past fifty years, the proportion of MPs from manual work backgrounds has declined to none. They have been replaced by a professional class of politicians. The proportion of MPs who were elected representatives or who worked in politics before entering Parliament is now over half. 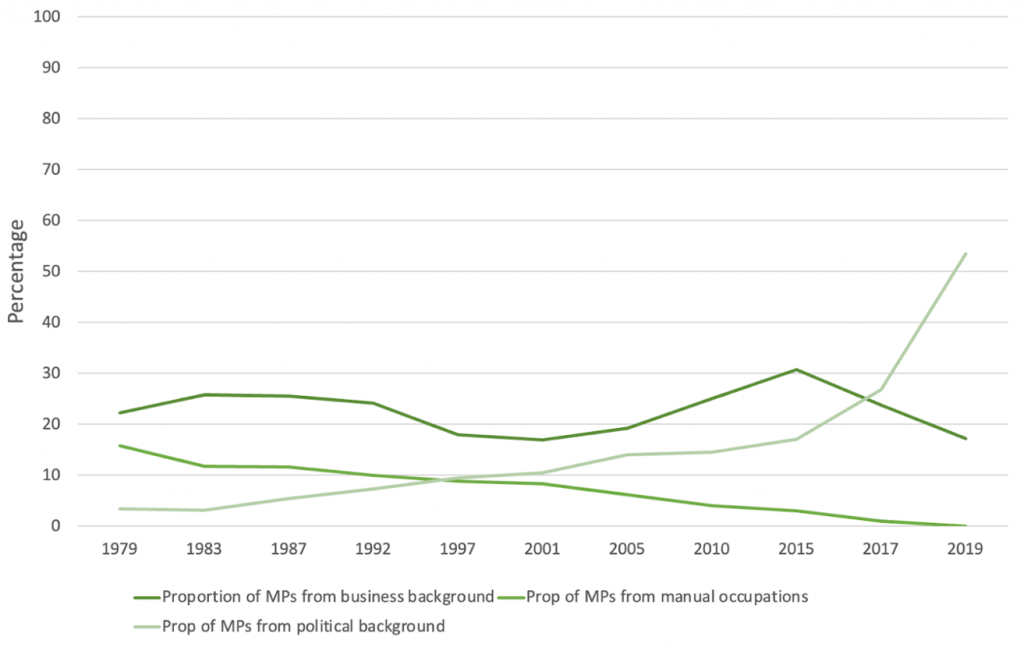 For the British government, the problem is even worse. The proportion of cabinet ministers who went to private school has been much higher than the population for decades, even under Labour administrations. In recent cabinets that divide has grown even larger. Liz Truss and Boris Johnson’s first cabinets had the highest proportions of private school-educated ministers since the early 1990s. The great majority of cabinet ministers for the past half-century have gone to university. 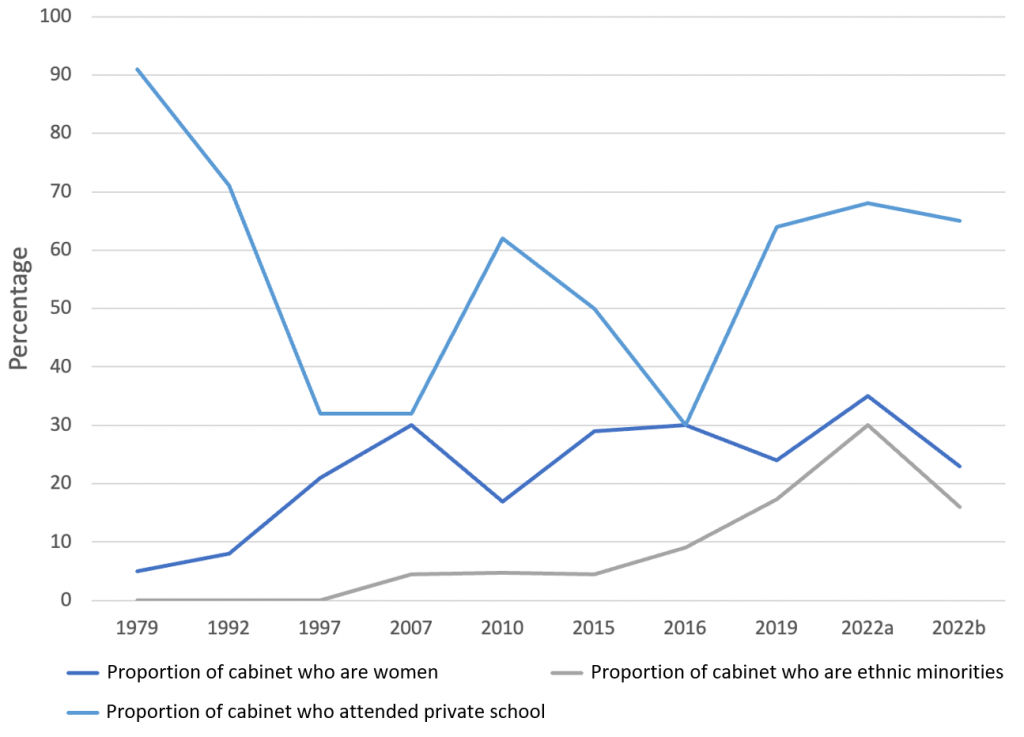 This evidence demonstrates a dramatic exclusion of those from lower middle and working class backgrounds from representation at the top of British politics. In private school education, it also points to a difficulty in participation for the large majority of people who weren’t privately educated. This gulf in representation exists while the proportion of the UK population who are working or lower middle class (as measured by occupation) has been relatively steady over the past few decades.

There are several reasons suggested for this lack of class and educational diversity. These are primarily supply-side: there are fewer candidates from these backgrounds, for both main parties; the huge rise in the number of graduates since the 1990s has pushed out non-university educated candidates; increased competition for seats has disincentivised those with less time and fewer resources, usually from poorer backgrounds; and that, as the power of trade unions has declined, so too has their ability to get their members into Parliament. Current members who come from working or lower middle class backgrounds have typically experienced significant social mobility before entering Parliament.

All this matters hugely, of course. Democratic institutions should aspire to look like the people who elect them. That Parliament and, in particular, the government, continue to be so unrepresentative on class and education will likely have profound consequences both for what policies they prioritise, and the trust that voters place in these institutions, for many years to come.

A more class representative Parliament and government would be better equipped to highlight the experiences of these groups, and to design legislation to suit that. All parties have made successful efforts to increase racial and gender representation; they have not done the same for class. If we do not attempt to solve this, then the persistent decline of trust in British politics will only continue.

Albert Ward is a PhD Candidate at the University of Oxford. 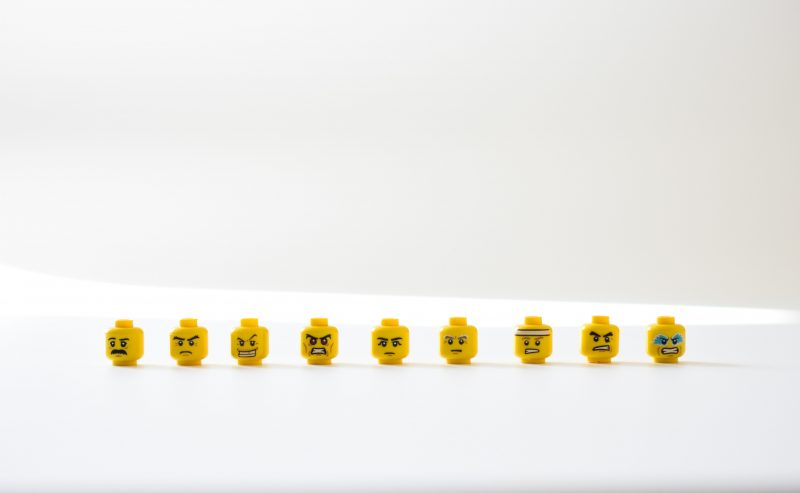