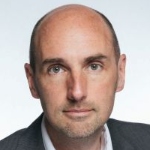 The UK has a new prime minister. Liz Truss comfortably won the vote of Conservative party members. She replaces Boris Johnson who had become very unpopular with the public, presiding over a 15-point drop in the party’s opinion poll rating. Can Liz Truss now save the Conservatives and lead them to victory at the next election?

One answer to this question comes from Andreas Murr’s Party Leadership Model (see also here and here). Based on the idea that party leaders are important for elections, the model looks to MPs to provide an indication as to how good their party leader is. MPs have strong incentives to pick an election winner when they get the chance to vote on their party leader. They also know the candidates well, having worked with them in Westminster for years. If one candidate is comfortably the most popular among the MPs from the party, then chances are that candidate has strong election-winning potential.

The model produces predictions only when both main party leaders were chosen by a process that involved their own MPs voting on leadership candidates. That means fourteen out of the fifteen elections since 1966. (The model is silent for 2005 because Michael Howard became leader unopposed when the party pushed out Iain Duncan Smith.) Fully eleven of those fourteen elections were won by the party with the leader with the biggest margin of victory among MPs.

For instance, Margaret Thatcher beat William Whitelaw by a margin of 24.3 percentage points but Jim Callaghan beat Michael Foot by just 12.4 points. Since Thatcher’s margin of victory among her own MPs was larger than Callaghan’s the model predicted a Conservative win for any general election with those two leaders. Despite polls at the time suggesting the public liked Jim Callaghan more, Thatcher won in 1979.

What does the model predict will be the outcome of a general election with Keir Starmer and Liz Truss as leaders?

Starmer’s lead among MPs’ nominations in the 2020 Labour leadership contest was 25.9 per cent. In the final round of Conservative MPs voting in July, Rishi Sunak won by a margin of 6.7 per cent over Liz Truss. So, the Party Leadership Model predicts Starmer would win against either Sunak or Truss. It also predicts that Starmer would win 51.5% of seats and Truss 41.4%.

No party has won a general election with a leader that lost the contest for support from their own MPs. That is partly because it has not long been possible to become leader while also losing the MPs vote. Only since 1983 have Labour given a say over the leadership to those outside the parliamentary party. The Conservatives first gave party members a vote on leaders in 2001.

The Conservatives have only once before had a leader chosen by the party members against the wishes of Conservative MPs. That was Iain Duncan Smith, who did not survive long enough to fight a general election.

Labour MPs preferred David to Ed Miliband in 2010, and three other candidates to Jeremy Corbyn in 2015. Ed Miliband lost one general election. Corbyn lost two, the second of which was the worst result for Labour since 1935.

Duncan Smith, Miliband, and Corbyn were all leaders of the opposition. Liz Truss is the first prime minister appointed against the expressed wishes of MPs on the government side. As well as casting doubt on her electoral prospects, that raises interesting immediate questions about how she will be able to legislate.

Stephen Fisher is Professor of Political Sociology, University of Oxford.

Photo by Rwendland, via Wikimedia, under a CC-BY-SA-4.0 licence