The meeting of the Media and Social Norms Collaborator (MSNC) – The Behavioural Scientists Respond, was held on the 22nd of May 2018, bringing together scholars, practitioners and students in the fields of media and social psychology to explore how theory can be bridged with practice to create normative change through media interventions. 12 people were in the room at the London School of Economics in London, and another 8-10 participated over Zoom. Participants and curious friends were from around the globe – from San Francisco to Melbourne, including on-ground organisations from Africa and Asia[1]. This was the second convening of the MSNC collaborator. Here are 2 perspectives on the impact of the meeting and the impacts of the collaborator model.

I was delighted to have the opportunity to participate in the third Bridging Theory and Practice Seminar held at the PBS department, centered on the development of the Media & Social Norms Collaborator. Back at the first meeting of the Collaborator in September 2017, I was struck by how many processes we study in social psychology which were at play in the work of practitioners and donors in the field of social norms and behaviour change. This meeting gave me a chance to talk about my research themes in a way that touched on these struggles, inviting the Collaborator to think about potential bridges between emerging research and practical challenges.

Back in September, as the Gates Foundation voiced their struggles in nailing down the role of social norms in the decision-making of different community members, I thought of my own work on how experiencing poverty shapes the influences one brings to bear as one makes decisions. The second meeting gave me a chance to elaborate on this: talking about how the salience of poverty can narrow the circles of normative influence, making us more likely to be shaped by the behaviour of those we know, as opposed to someone with the credentials of an official position or qualification, but with whom we are not personally connected. This point was picked up by my colleague, Michael Muthukrishna, who presented a theoretical framework for systematically studying the choices people make about whom to copy in their behaviour.

Another key aspect of poverty is the feeling of having less than others, triggering an anxiety about social status that is likely worsened by mass media depictions of wealth and material possessions at the ‘top’ of society. With this in mind, it was inspiring to hear, in the work of Well-Told Story and the Population Foundation of India, how mass media can be used to do just the opposite, giving a voice to those at the bottom of society and presenting role models who challenge inequalities in a number of spheres. Well-Told Story’s Shujaaz set of programming, targeting young people in Kenya and Tanzania as a response to youth involvement in interethnic election violence, also touched on issues central to my second research theme: the political psychology of conflict between groups. Here, I highlighted how group memberships can be manipulated by political leaders in order to whip up populist discontent among marginalised communities, warning that the role of concerns around racial and ethnic superiority are as prevalent now as ever, in both rich and poor countries. This connected with the insights given by another colleague, Ilka Gleibs, on how social norms are embedded in social identities, which are malleable and open to mobilisation as contexts shift.

I don’t generally consider myself someone who does research on social norms, or who studies behaviour change interventions in a Global South context. However, I do identify as a researcher trying to understand the universal influence of power and inequality on the human mind in diverse cultural and societal contexts…yet who has so far only conducted lab or survey studies in the UK and the US! It’s thus an exciting challenge for me to think about how my research speaks to questions concerning the ‘hot topic’ of social norms in the development sphere, and could be conducted in a way that takes the challenges of cultural diversity and social intervention seriously. The journey along the bridge from theory to practice might be long, but with this set of ongoing conversations, it feels like we’re on the way. 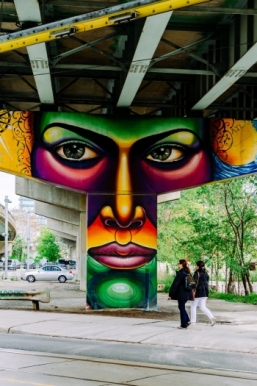 Prior to being a MSc Psychology of Economic Life (PEL) student at LSE,  I studied Environmental Management and Technology for my Bachelor’s degree and worked as a consultant in the field of international development and corporate social responsibility for several years. You may be wondering why I chose something so different for graduate school – to be honest I had no clue about where the Master’s degree would take me, but I was fascinated by the unconventional purpose of the programme – to cultivate ‘change agents’ who make the world a better place by leveraging social values and technologies with a realistic psychology.

As a newcomer to the field of social psychology, the MSNC meeting was a valuable occasion for me to learn from the practitioners in the social norms space about career options. Perhaps more importantly, it was interesting to see how the gap between theories and practice can be bridged by being a part of the conversation between psychologists at LSE and representatives from organisations around the world who are working in the field.

I really liked the presentations of the behavioural scientists from PBS with different research interests. From the intertwined relationship between social norms and social identities to how the mass media represent normative behaviours biased towards the middle class, they broadly enriched my understanding of the complexity and applicability of norm psychology. I also learnt a lot from the sharing of a practitioner from Oxfam, who works in the economic empowerment of women – that an intervention may do more harm than good if not tackling the norm well; the importance of understanding gender norms in rural areas, as well as how simply introducing normative change could avoid the necessity of infrastructure investment. These approaches are very different from the infrastructure or economics based projects I did when I was an international development consultant, and they made me reflect a lot on the effectiveness and merits of each approach.

At the end of the afternoon session, Dr. Gleibs asked a question: ‘Who are we to decide and change the norms of a local community?’, which stirred up a series of ethics discussion around the table, such as the encounter between the ‘right knowledge’ (usually from the Western perspectives) and ‘local knowledge’ (from the locals who receive an intervention). I really appreciate the fact that, be it the contributors of this meeting or academics at PBS in general, modesty, humanity and reflexivity are always the norms of discussion within the collaborator, and I will remember this when carrying out my work in the future, especially when it comes to working with groups who are in a disadvantaged position.

Another career insight that I gained from the MSNC meeting is that a job title shouldn’t limit how I apply what I learnt at PEL. It is rather rare to see vacancies in the social norms space on job boards, and there isn’t a straightforward career path for PEL graduates. However, as pointed out by Dr. Cislaghi, interactions between social norms and other disciplines are ubiquitous. A cool idea or intervention may fail simply because of not paying attention to basic norms. For instance, some scientists found a simple way to disinfect drinking water to reduce childhood diarrhoea in rural Bolivia, which was to put a bottle of water on one’s rooftop under the sun. However, despite an extensive promotional campaign, only a small amount of households actually did so, because it was considered a sign of one’s poverty. With the training of PEL, I am confident that my sensitivity towards human sentiments will enable me to adopt a more human-centred approach for problem-solving, preventing the unforeseen influence of social norms from impairing the expected outcome. This skill is highly relevant as long as human-beings are involved in the work I do in the future. 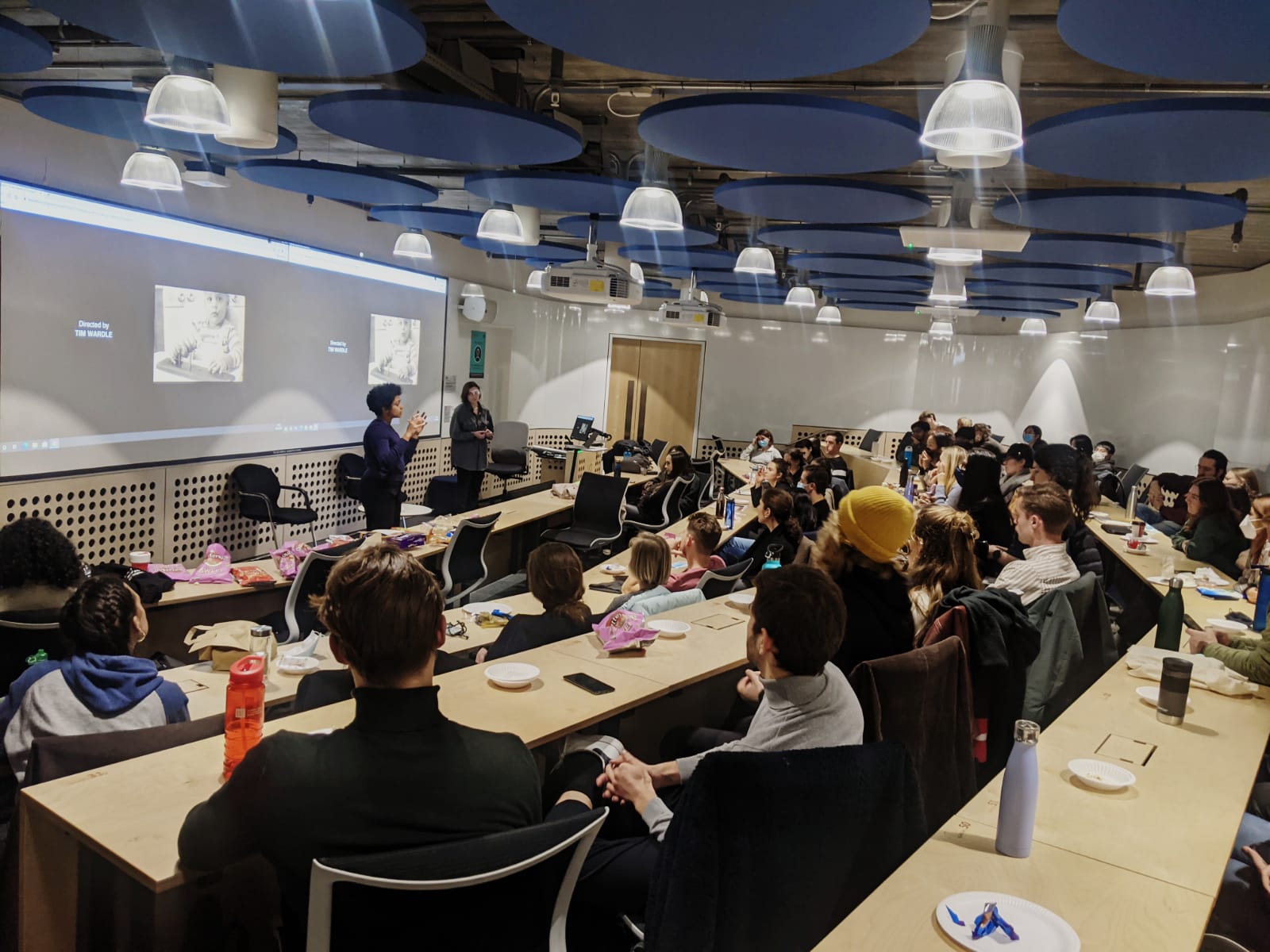 The PBS end of year blog