When we think about the disadvantaged and dispossessed, we think about them as revolutionaries in the making. Yet, as Howard Zinn once observed, rebellion is only an occasional reaction to suffering in human history — we have many more examples of submission to authority than we have examples of revolt. In some countries, protests are almost a national sport, while in most others they remain an exception. But why? Adnan Muminovic (MSc Psychology of Economic Life, 2020) explores what makes us rebel, or stay at home.

Have you ever wondered why dissatisfied people choose to remain silent and passive, rather than doing something about their predicament? Why do we keep up with so much injustice and suffering, without engaging in some form of collective action?

I’ve spent the better part of 2020 in search of an answer. You’d expect that the social sciences have a lot to say about this fascinating phenomenon, yet this topic remains surprisingly under-researched. Part of it has to do with the fact that emotions play a significant role in protests and that these cannot be modelled, so we either give up completely, or pretend that people are fully rational. Both outcomes are bad, but that’s another story for another time…

Risk and rebellion: the psychological factors behind collective action

The conventional scientific wisdom holds that identity, injustice and efficacy are crucial in explaining when and why collective action occurs. Generally speaking, collective action is more likely to occur whenever people have shared interests, feel relatively deprived, are angry, believe they can make a difference, and strongly identify with relevant social groups. Yet, even a superficial look at this makes clear that something is missing. People are angry, feel deprived, have an interest to fight for themselves and still don’t go out and rebel.

So, here are a few (psychological) factors that might help you make sense of it:

Scared of risk: Protests are an extremely dangerous affair associated with numerous risks. Yet, contrary to what economists generally believe, risk is not just a matter of rational people calculating probabilities. Very often, it is about our emotions and feelings. Sometimes the two work together, sometimes they don’t. And when they diverge, emotions usually have the upper hand. According to the affect heuristic, people judge risk as being lower if they have a positive feeling towards an activity and as high if their feelings are unfavourable. So, if you’re scared of protests, you’re highly likely to exaggerate its risk and this will paralyse you. As Edmund Burke once said “no passion so effectually robs the mind of all its powers of acting and reasoning as fear.” Finally, there’s a negative relationship between risk and age. So, the older our societies become, the less likely they are to assume any risk and rebel.

Lack of leadership: In Granovetter’s threshold model of collective behaviour, people carefully weigh the costs and benefits of their possible participation when deciding whether to take part in protests or not, which in turn depends on their expectations of what others will do. So, I might be ready to join in, if I see that you do. But if you’re waiting for me to do the same, then none of us will do anything. This is where the first one, the brave one — the leader — comes into play.

Lack of hope: Remember Obama’s slogan “change we can believe in”? That’s precisely what’s so often missing. While efficacy refers to the belief that change is attainable, hope is about the belief that change is possible in the first place. The crucial question, however, is why some societies lack hope. Some authors blame the role of religion, which advocates for faith without hope and allows people to better cope with negative outcomes, randomness and uncertainty. Furthermore, conflict and the death of loved ones can cause people to feel hopeless. This, for instance, might explain why some post-conflict societies exhibit a baffling lack of collective action.

System justification: This may sound counterintuitive, but most of us have at least some motivation to believe that the political and economic system is fair and legitimate. Just think about it. Challenging the status quo requires a high tolerance of risk and uncertainty, personal threats and the possibility of being alienated from society. What’s worse, our individual actions are highly unlikely to ever make a difference. So, we rather convince ourselves that the world is a fair and orderly place in which everyone gets what they deserve. This coping mechanism helps us to function on a day-to-day basis and to pursue our long-term goals, but comes at the cost of defending, rationalising and maintaining the status quo.

Status quo and omission bias: Status quo bias refers to our tendency to do nothing and go with the flow. Numerous explanations for this phenomenon have been offered, but one of them seems to be due to the fact that we often prefer inaction over action. This is because we are much more bothered if a bad outcome occurred because of our actions than if an equally bad outcome occurred because we simply did nothing. And that’s the thing with protests — you never know if the aftermath will be better than what you currently have. For many people, the devil they know seems less scary than the devil they don’t.

Unfortunately, this list could go on and on. Culture and the political system in which we grow up also play a role. For instance, people from former communist regimes prefer stability, certainty and the status quo. Ultimately, as Hofstede once observed, “authority survives only where it is matched by obedience.” I suspect that the social media type of activism in which you talk, but don’t act also goes to bolster the status quo.

History is full of examples of small and even symbolic triggers acting as significant catalysts for change. Too often, however, we reduce complex phenomena into simple, manageable stories. Yet social change is a complex system, full of interdepencies and non-linear responses, based on a range of psychological and societal factors.  As much as I hate to disappoint you, the occurrence of collective action seems to be more like an art than a genuine science.

Klandermans, B. (1997). The social psychology of protest. Wiley-Blackwell.

Adnan Muminovic is currently working as an economic adviser to the Prime Minister of the Federation of Bosnia and Herzegovina and a teaching at the Sarajevo School of Business and Economics. He completed MSc Psychology of Economic Life at LSE (class 2020). 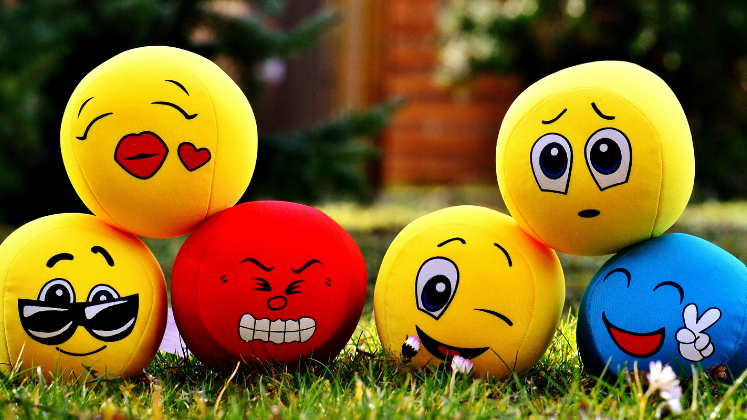