Freedom of expression vs. defamation of religions: Protecting individuals or protecting religions?

Freedom of expression vs. defamation of religions: Protecting individuals or protecting religions?

In 2005 the Danish Muhammed cartoons sparked a heated international debate on the relationship between free speech and protection against religious discrimination. Whilst such tensions continue to be a source of conflict in the UN today, Marie Juul Petersen and Heini í Skorini look at what lies behind the actions of one of the key players in this debate, the Organisation of Islamic Cooperation (OIC).

“Freedom of expression does not justify in any way whatsoever the defamation of religions.” The Organisation of Islamic Cooperation (OIC), an intergovernmental umbrella organisation of 57 Muslim-majority states, was unequivocal in its condemnation of the Danish Muhammad cartoons, published in a press release a few months after the cartoons had been printed in the Danish newspaper Jyllandsposten in September 2005.

It is now more than ten years since the publication of the cartoons, which – apart from mass demonstrations, the burning of Danish embassies, new terrorist threats, and a comprehensive economic boycott against Danish goods – sparked a heated international debate on the relation between free speech on the one hand and hate speech and religious discrimination on the other.  OIC’s leading member states such as Pakistan, Saudi Arabia and Egypt were among the most vocal critics of the cartoons, and in the UN Human Rights Council the OIC argued for the need to introduce new international legal measures against blasphemy and Islamophobia.

More recently, reactions to the amateur YouTube movie Innocence of Muslims and Charlie Hebdo’s satirical cartoons demonstrate that the tension between liberal free speech ideals and religious censorship criteria is still a recurrent source of conflict in the UN corridors, and nothing indicates that the conflict will end anytime soon.

Discussions of the relationship between freedom of expression and protection against discrimination are of course necessary and legitimate. When does promotion of free speech turn into protection of hate speech and incitement to violence? And, conversely, when does protection against discrimination turn into oppression of free speech? These are valid questions to which the human rights regime presents no easy answers. But a historical look at the OIC’s actions and statements in this debate indicates that the OIC is not driven by a genuine wish to protect individuals against religious discrimination, hate speech and persecution.

In 1999, the OIC introduced its first UN resolution on Defamation of Islam, prompted by what was perceived by the organisation to be an increase in discrimination against Muslims. The EU criticized the draft resolution for its one-sided focus on Islam, and after negotiations (and a passionate internal debate in the OIC), the resolution was adopted by consensus under the title Combating Defamation of Religions. Despite this change, OIC managed to maintain the core argument that defamation of religions is a human rights violation which fuels discrimination and intolerance and should therefore be criminalised. The resolution was adopted every year from 1999 to 2010 with a comfortable majority, with support coming from far beyond the Muslim world, including many Latin American, African and Asian states.

After the cartoon affair in 2005, the OIC intensified its campaign to outlaw expressions deemed defamatory against religion while increasingly basing its arguments on existing legal provisions in international law. Rather than simply a violation of conservative Islamic censorship norms, defamation of holy symbols was increasingly framed in secular human rights terms as a manifestation of Islamophobia, collective discrimination and a new and emerging form of racism. As the Pakistani UN representative said during negotiations in 2009, negative stereotyping or defamation of religions was to be considered a modern expression of religious hatred and xenophobia. On the basis of this argument, the OIC sought to install a new ban against religious defamation in the UN’s International Convention against All Forms of Racial Discrimination.

Many Western countries, primarily the US and Northern European countries, perceived OIC’s endeavour as a threat to individual freedom of expression and freedom of religion, arguing that human rights should protect people, not their religions. They have criticised the call to ban defamation of religions as an attempt to undermine international free speech ideals, arguing that such initiatives weaken rather than strengthen the protection of individuals against discrimination and intolerance. Referring to the authoritarian blasphemy laws in certain OIC member states, the US representative in the UN said in 2010 that “we cannot agree that prohibiting speech is the way to promote tolerance, because we continue to see the ‘defamations of religions’ concept used to justify censorship, criminalisation, and in some cases, violent assaults and deaths of political, racial and religious minorities around the world.”

In 2011, a new resolution in the Human Rights Council gave hope, if not of a peace agreement, then at least a ceasefire. As a result of comprehensive multilateral US diplomacy, the OIC was willing to abandon its resolution against religious defamation. Instead, a new resolution was formulated in an unusual partnership between the OIC and the Western countries titled Combating Intolerance, Negative Stereotyping and Stigmatization of, and Discrimination, incitement to Violence, and Violence against Persons based on Religion and Belief (often referred to as Resolution 16/18). Unlike the former resolutions, this new resolution contains no protection of religious ideas, doctrines and symbols, thus emphasizing the critical difference between protection of individuals and protection of their ideas. Further, the resolution also emphasises the importance of freedom of expression in the fight against intolerance and discrimination. In line with the liberal American free speech tradition, the resolution only criminalizes “incitement to imminent violence based on religion or belief”. Finally, the resolution recognizes the positive role that “open, constructive and respectful debate of ideas, as well as interfaith and intercultural dialogue at the local, national and international levels, can play (…) in combating religious hatred, incitement and violence” through, for example, public statements against hate speech, interreligious dialogue and debate.

Many human rights advocates, experts and NGOs applauded the new resolution, which, according to Hillary Clinton, had overcome “the false divide between religious sensitivity and freedom of expression” and brought an end to “ten years polarising debate”. The optimism was further encouraged by the decision to organise a series of meetings to discuss the practical implementation of the resolution, the so-called Istanbul Process.

Five years later, that optimism has been tempered. In fact, OIC’s diplomats have recurrently emphasized their commitment to ban defamation of religions internationally, either in the form of new legal measures or by broadening the definition of existing laws against hate speech in international law. Negotiations on the implementation of the resolution have demonstrated that the biggest challenges may not lie in the principled disagreements on how to fight religiously based intolerance and discrimination but in OIC’s unwillingness to fight intolerance and discrimination altogether. During the Istanbul meetings, the OIC has relentlessly pointed out examples of discrimination and intolerance in Europe and the US. Incidents such as the Charlie Hebdo cartoons, the burning of Qur’ans in the US and the ban on minarets in Switzerland have been harshly criticised as expressions of “an extreme form of racial discrimination” which demands condemnation and, preferably, criminalisation in the form of hate speech legislation.

The OIC is also alarmingly quiet when it comes to discrimination, intolerance and outright persecution in the organisation’s own member states. No OIC countries have criticised Saudi Arabia’s ban on churches. Nobody has directed attention to the increasing violence against Hindus in Malaysia. Nobody has spoken out against Egyptian newspapers for printing anti-Semitic cartoons. Nobody has criticized the many victims of the strictly enforced blasphemy laws in powerful OIC member states such as Saudi Arabia, Pakistan, Iran and Egypt. Not even clear examples of discrimination of Muslim minorities in OIC member states can bring the OIC to speak. Sunnis in Iran, Ahmadiyyas in Pakistan and Shias in Saudi Arabia enjoy little protection against discrimination and persecution.

As such, this is not a sincere disagreement between those who argue for free speech restrictions as a tool against religious discrimination and hate speech, and those who believe that such restrictions will only lead to more discrimination and hate speech. Instead, the OIC’s ambition is to outlaw a particular form of speech, which violates Islamic censorship norms, thus bolstering authoritarian states and religious orthodoxy rather than protecting individual freedom and rights.

Marie Juul Petersen is senior researcher at the Danish Institute for Human Rights.

Heini Skorini is a Ph.D. candidate at King’s College, University of London, Department of War Studies. 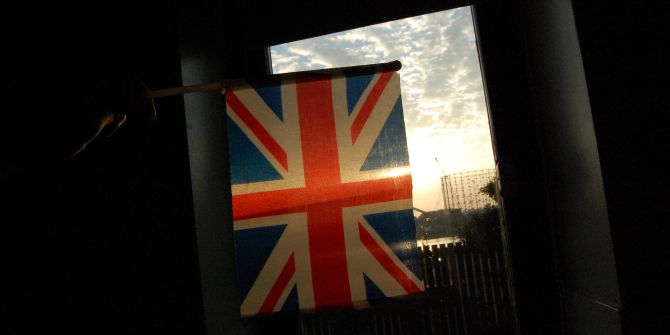 Private: The FBV agenda puts schools in the business of defending not critiquing British values 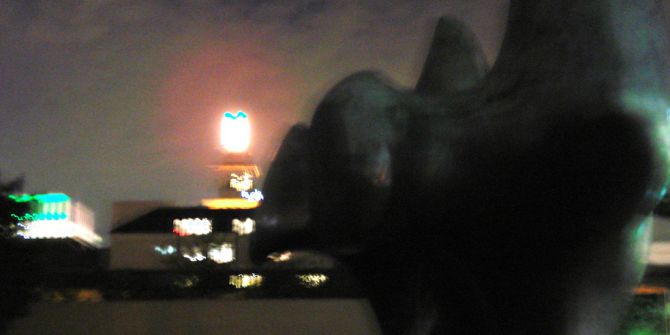