The emergence of anti-homosexuality politics in Africa is often explained with reference to religion. Although religion is a major factor in fuelling homophobia in Africa, the Bible and the Christian faith are not only sites of struggle but have also been appropriated by African LGBT activists in support of their cause. Adriaan van Klinken says we need to move beyond a narrow focus on African religious homophobia as religion plays multiple and complex roles in contemporary dynamics of African sexualities.

In this piece I’m not concerned with “African homophobia” as such – although I’d like to pose the question whether homophobia is the most useful term to understand the politics around homosexuality and LGBT rights in contemporary African societies. Neither am I concerned with the reasons why  Western media tend to depict “African homophobia” in rather sensationalist ways – although I do wonder whether it has something to do with the deep-rooted perception of Africa as “backward” that allows the West to see itself as “progressive” and “modern”.

My interest here is in the role of religion in African dynamics around homosexuality and LGBT rights. The emergence of anti-homosexuality politics in Africa is often explained with reference to religion. Given the dominance of Christianity in many of the countries in which homophobia seems on the rise, churches in particular are seen as fuelling the repression of African LGBT people. It is easy to find evidence in support of this idea: African Anglican bishops are at the forefront of the crisis over homosexuality in the Anglican Communion; Ugandan evangelical pastors actively campaigned for the Anti-Homosexuality Bill; Nigerian Catholic and Pentecostal leaders enthusiastically welcomed the Same-Sex Marriage (Prohibition) Bill. Moreover, political leaders in many countries often use explicitly religious arguments against homosexuality, denouncing it not only as “un-African” but also “un-biblical” and “un-Christian”. In the media and among the general public religious beliefs often frame debates about homosexuality – such as in Zambia, where United Nations Secretary General Ban Ki-moon was even seen as an agent of the devil after he called upon the country to recognise the human rights of sexual minorities.

There’s enough evidence to argue that religion is a major factor in fuelling homophobia in Africa, and is a key obstacle to moving towards a future in which African LGBT people will be accepted in their communities and societies. Indeed, in my research over the past six years I have critically examined the role of religious leaders, organisations and beliefs in mobilisations against homosexuality and LGBT rights. However, more recently I have become interested in another question: is religion only and inherently an obstacle, or can it also be a source for African LGBT identity, community, and activism? Can religion play a role in (re)building Africa as a continent of diversity including in matters of sexuality?

I don’t buy into the notion, popular among some African theologians, that Africans are “notoriously religious”, as John Mbiti famously put it. Yet it is true that religion in all its varieties is an important aspect of identity and social practice for many Africans, and that it permeates African cultures and societies. If Stephen Ellis and Gerrie ter Haar are right when they state that “it is largely through religious ideas that Africans think about the world today, and that religious ideas provide them with a means of becoming social and political actors”, the question can be asked how this applies to LGBT people and their forms of community activism. In my current research project I explore this question in the context of Kenya, specifically in relation to Christianity, through a variety of case studies.

A Kenyan art collective, named The Nest, recently conducted an LGBT life stories project, for which they collected over 250 life stories of LGBT Kenyans in different parts of the country and from different ages and backgrounds. The result was published in an anthology, Stories of Our Lives, which gives a fascinating insight in the lives of LGBT people in an African country today and in their navigation of cultural, social and political complexities. Many of the stories refer to religion, with people telling about their religious upbringing at home, at school and in church. Furthermore, several stories testify of an ongoing religious commitment, an active participation in faith communities, and/or a relentless faith in God. Doing so, they provide insight in the way LGBT Kenyans do negotiate their sexuality and faith, and often find ways of reconciling the two, for instance through narratively claiming the love of God, the idea of being created in the image of God, or the inclusive and welcoming ministry of Jesus Christ.

The Stories of Our Lives project was not inspired by any explicit religious aims. However, the resulting stories demonstrate that for many LGBT Kenyans, Christian faith remains an important source of identity and practice, despite the negative experiences they often have in church. Where these stories reveal how this works on an individual basis, another case study demonstrates how faith becomes the basis for a new Kenyan LGBT Christian community. The case in point is an LGBT church in Nairobi, launched in 2013 by a group of Kenyan activists who wanted to create an affirmative space for LGBT people of faith where they could be nourished spiritually.

These activists received moral, pastoral and financial support from the US-based organisation, The Fellowship of Affirming Ministries. This is an African-American organisation that seeks to promote “a theology of radical inclusivity” in the “black church” in the US, and more recently also on the African continent by building a United Coalition of Affirming Africans. What is particularly interesting is not only the pan-African ideology underlying this initiative, but also the way in which it is framed explicitly as a progressive black Christian attempt to combat the influence of American white evangelical Christianity. This puts both race and sexuality at the heart of a contest for the future of Christianity in Africa.

Obviously much is at stake here, which is reflected in some sermons I overheard in the Nairobi church about the theme of “rewriting the Book of Acts”. This trope suggests that just like the early Christian church two thousand years ago, this small LGBT affirming church community is currently figuring out its identity and mission which will be decisive for nothing less than the nature and future of Christianity in Kenya and in Africa at large. Whilst this framing might seem pretentious, or at least ambitious, the church in Nairobi does play a crucial role for community members, including a group of Ugandan LGBT refugees who had to leave their home country due to ostracism but who continue to experience marginalisation and harassment in Kenya.

Through prayer and preaching, worship and pastoral support, but also through sport and recreation activities as well as advocacy and community activism, the church provides an important social and spiritual home for its congregants. In the words of their mission statement, the church “proclaims the unconditional love of God, which embraces all humanity”. Similar initiatives have mushroomed in other African countries in recent years, representing a nascent African Christian LGBT movement.

Beyond the confines of explicitly Christian LGBT activism, it is interesting to see that also other LGBT activist expressions engage Christianity. A case in point is the Same Love music video, released by Kenyan musicians and activists in February 2016 (and soon thereafter banned by the Kenyan authorities). Presented as “a Kenyan song about same sex rights”, the video makes several references to religion. On the one hand, it critically denounces the role of religious beliefs and actors in the demonisation of LGBT people and the hate they experience “in the name of piety”. On the other hand, and perhaps more significant, the video appeals to religion in positive ways.

The line “Uganda … Nigeria Africa … we come from the same God, cut from the same cord, share the same pain and share the same skin” reflects a sense of pan-Africanism where African unity-in-diversity is rooted in a shared sense of being created by God. The song also refers to “the spirit of Martin Luther King”, claiming the Christian-inspired legacy of this famous leader of the African-American civil rights movement to support the struggle for LGBT rights in Africa. Most prominently, the song ends with a long quotation from the Bible – the classic text about love in 1 Corinthians 13 – with the closing statement being “Love is God and God is Love”. This clearly demonstrates that the Bible and the Christian faith are not only sites of struggle where the debate on homosexuality is being fought by homophobic African religious and political leaders, but that the same sites are appropriated by African LGBT activists in support of their cause.

The longer term impact of these various ways in which Christianity is reclaimed to support LGBT identity, community and activism in Africa is still to be seen. Yet these examples do illustrate the need to move beyond a narrow focus on African religious homophobia, and to attend to the multiple and complex roles that religion plays in contemporary dynamics of African sexualities. 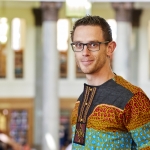 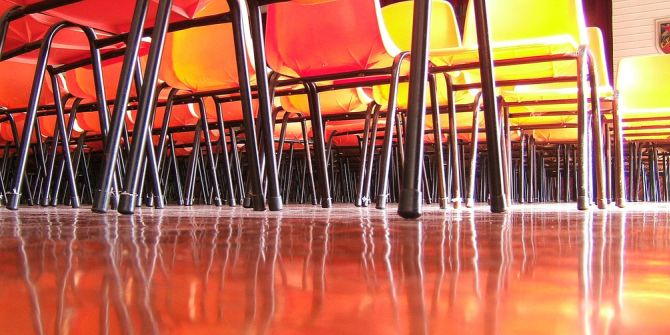