The categories ‘white British’ and ‘British Muslim’ may appear to be exclusive, so what are the consequences of this assumption? Through her work on white Muslim identities in the UK, Amena Amer has identified two main narratives in the British press regarding white Muslims. Their religion is used to explain their association with extremism, while their whiteness offers them an opportunity to distance themselves from extremism, a tactic unavailable to non-white Muslims.

It may not come as much of a surprise to many of you reading this that Islam and indeed Muslims are often depicted as a threat to western society and culture. There have been numerous news articles, reports and studies demonstrating this and highlighting the disproportionately negative media coverage of Muslims in general, often emphasising their ‘foreignness’ (ignoring places of birth and upbringing, nationalities, main language spoken etc.) and their ‘brownness’. The consequences of such marginalising and exclusionary narratives on Muslims are great, particularly in relation to the construction of identities and on feelings of belonging within a context where Britishness and Muslimness are seen as incompatible. But what happens when a person who happens to be Muslim cannot be positioned as ‘foreign’ or ‘brown’? How does wider society position them and make sense of their identities?

People who are white[1] British and Muslim are an interesting group through which to explore this. Being Muslim through either conversion or being brought up Muslim after parents/grandparents converted, they quite literally disrupt and challenge racialised depictions of Muslims as ‘brown bodies’ and what it means to be white and English, Scottish, Northern Irish or Welsh – racial, national and cultural identities which are often associated with Christianity. Their position at the intersections of these identities brings to the fore some interesting points of exploration for the drawing of boundaries along the lines of inclusion and exclusion, especially in relation to constructions of threat.

In our study looking at media representations of ethnically white British Muslims, Dr Caroline Howarth and I found that, in articles in mainstream British newspapers, there were moments when their whiteness was constructed as a source of the threat. In these instances, their whiteness erases or deems invisible their being Muslim (where religious markers are not present) and thus the racial indications of the possibility of them being involved in terrorism or extremism cannot be identified. This quite explicitly causes a direct challenge to the widely accepted narrative of ‘security threat = brown Muslim’ and in turn causes a disturbance to ‘whiteness = unthreatening’. Negotiating this rather murky space which upended power constructions often involved either emphasising the Muslimness of these individuals, drawing attention away from their whiteness, or by providing room for the exploration, and indeed the contestation, of their association with being a threat.

Muslimness as the source of threat

In articles about individuals who had been or were allegedly involved in acts of terrorism or extremism, the position of white Muslims as a threat to British security was validated and concretised in their Muslimness. Where the alleged perpetrator had an English-sounding name, their religion was often explicitly identified, in quite literal terms, for example, ‘a white convert to Islam’. In this way it explained the inclusion of a non-‘foreign’ name in an article associated with terrorism and extremism. This acts as a further cementation of the association of Islam as a threat and very much points the finger at the religion as the source of the problem. In turn, it alleviates any possible connections between whiteness and the threat.

Threat, however, was not solely associated with the issues of terrorism and extremism. The threat they posed to British culture was also covered widely. On the topic of conversion, articles often used words which positioned white Muslim converts outside of the boundaries of inclusion and acceptance. Here again their acceptance of Islam and subsequent ‘Muslimness’ is deemed a threat. Having deviated from the group norm of whiteness by adopting a religion of the Other their whiteness is almost stripped away, perpetuating this notion that being white British and Muslim is an impossibility and a contradiction.

Whiteness as a chance to contest threat

Space for contestation was afforded to white Muslims suspected of being involved in terrorism in a way that is rarely afforded to Muslims of Middle Eastern or South Asian heritage. Gender also played a significant role here in that this contestation, or at least a space for discussion in relation to their being a threat, was afforded to white Muslim females drawing on gendered stereotypes in relation to motherhood or ‘the innocent female’. This discursive construction positions these individuals as still very much within the margins of inclusion, belonging and acceptance until proven otherwise.

This acceptance because of their whiteness was much clearer in articles where white Muslims were pitted against or in comparison to the rest of the Muslim community in the UK. In these instances, white Muslims, and their values and norms, came to be positioned as more aligned with dominant narratives of Muslims, or more specifically ‘foreign’ Muslims, as a threat.

This study explored representation in both mainstream British, and British Muslim newspapers. Although above I have only touched upon representations within mainstream British papers, British Muslim newspapers espoused consistent narratives of compatibility and harmony, and reserved judgement in relation to security threats, attempting as much as possible to report in a factual manner. While the readership of such news outlets is much smaller compared to those in the mainstream, it is important not to undermine the creation of such spaces for contestation and representation to occur.

Nevertheless, if lines of difference or sameness, of inclusion or exclusion can change so easily as demonstrated above, adding clout to certain arguments or points of view, what are the repercussions of this on those whose degree of belonging to a society are played with?

How do they cope with this and how do they perhaps attempt to regain some form of control over how they come to be positioned? These are worthy questions to keep in mind, and ones I continue to explore in further studies on white Muslim identities.

[1] In this study ‘white’ ethnicity referred to people who often heralded from English, Scottish, Welsh and/or Northern Irish heritage.

Amena Amer is currently a PhD student in Social Psychology at the Department of Psychological and Behavioural Science at the LSE examining the negotiation and performance of identities among white Muslims in the UK. More generally, her research interests include identity, religion, agency, power and societal change, with a particular focus on religious and ethnic identities. She is also a Project Co-ordinator for the Muslim Girls Fence project at Maslaha, where, alongside fencing lessons, she facilitates workshops, for young girls in schools using art and creativity to explore issues of identity, self-expression and challenging stereotypes. She tweets at @amena_amk. 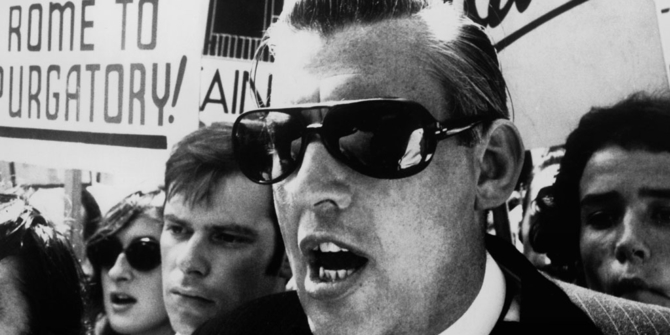 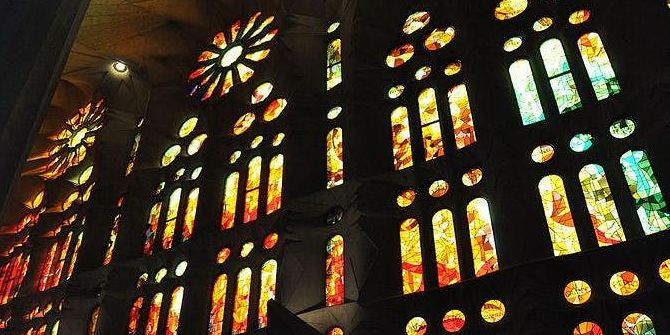 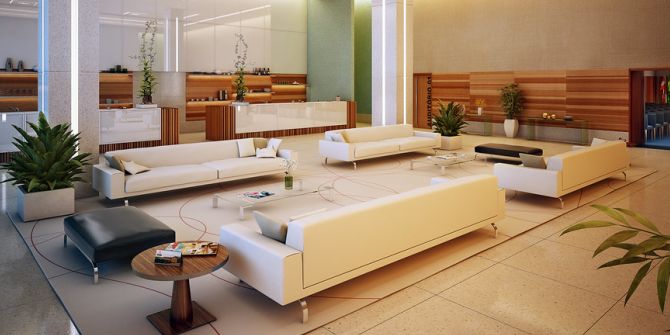