What explains support for populism when it does not suit one’s economic or political self-interest? Daniel Nilsson DeHanas explores three dimensions of populism that go beyond rational analysis: the sacred, supernatural, and apocalyptic.

Populism is dangerous. If there is anything policy experts, academics, and media tend to agree upon today, it is simply this. Populism is seen as a threat to economic wellbeing, social cohesion, national security, global peace, and – ultimately – democracy itself. Yet populism remains politically popular. Why are scores of followers willing to support populist candidates and policies against what seems to be the best advice?

I argue that populism is a spiritual style of doing politics. As Benjamin Moffitt has explained, populism is a ‘political style’ rather than a fixed ideological system. From considering a wide range of populist cases around the world, we can identify three quasi-religious elements of populist style that go beyond mere rational interests: the sacred, the supernatural, and the apocalyptic. These three spiritual aspects are not present in all cases, but each can help us understand the uncanny appeal of populism.

First, populism sets ‘sacred’ boundaries in place. Populist leaders speak in terms of the sacred and the profane, the pure and the impure, the righteous and the undeserving. By definition, populism excludes two kinds of people: the establishment and ‘others.’ As it does so, populism defines the boundaries of the sacred ‘people’ to whom belong heritage, land, culture, and political self-determination. Battle cries such as ‘build the wall!’ or ‘no more mosques!’ set boundaries in place to keep the sacred people safe from outside threats.

Yet populist boundaries are more than simply the lines of ‘us’ and ‘them.’ They are deeply held to the point of being inviolable. They will be defended with violence if necessary. In India, for example, Prime Minister Narendra Modi’s BJP party is built on the dogma of Hindutva, or Hindu cultural supremacy. Since coming to power in 2014, Modi has used rhetoric and enabled policies that shape India in a more Hindu image. Nowhere is this more apparent than in policies that prohibit the slaughter of cows – seen as sacred by Hindus – in regions across the country. Sacred cow policies have been used as a pretext for various episodes of targeted violence and persecution against Muslims, who are labelled as cow killers because they farm and consume beef.

In Britain, a less literal example of a ‘sacred cow’ is the National Health Service (NHS). The NHS is greatly valued by British people across the political spectrum. In the 2012 London Olympics, Danny Boyle’s opening ceremony expressed a multiculturalist ethos of the political Left and featured NHS nurses dancing around hospital beds to celebrate the welfare state. Just four years later, the NHS lay at the heart of the campaign to support Brexit on the political Right. The Vote Leave campaign’s red battle bus carried the slogan ‘We send the EU £350 million a week – let’s fund our NHS instead.’ This slogan bore no resemblance to the facts and was dismissed by Leave campaigner Nigel Farage on the very morning of the EU referendum result. Yet it was a work of populist genius because it targeted a demographic of older voters who were especially likely to see the NHS as a sacred value worth defending.

A second spiritual element of populism is that it tends to gather around leaders or movements with a seemingly ‘supernatural’ energy. In his classic book Economy and Society, Max Weber argued that times of crisis produce peculiar kinds of leaders. These charismatic leaders, as he called them, were ‘the bearers of specific gifts of body and mind that were considered “supernatural” (in the sense that not everybody could have access to them)’.

Weber was not suggesting that charismatic leaders have the actual power to bend the laws of nature by parting the sea or raising the dead. Rather, by ‘supernatural’ he meant that these leaders were seen as uniquely capable of meeting the challenges of a moment in time. Where career politicians and technocrats had repeatedly failed, charismatic leaders could enter the fray and instantly command attention.

Supernatural charisma, in this sense, is largely about personality and serendipity. It is perhaps not surprising that many populist leaders have started out on the stage or in showbusiness. Beppe Grillo of Italy’s Five Star Movement first honed his acerbic political style as a comedian. Donald Trump built a following on The Apprentice TV show, with the authoritative toughness of his signature phrase ‘you’re fired!’

Other leaders inherit their political mantles. Marine Le Pen is the daughter of Jean-Marie Le Pen, founder of the far-right National Front. Although some may see her as more ‘moderate’ than her father, it was through accompanying him at rallies that she gained her own telegenic stardust. Marine Le Pen’s speeches at the symbolic Joan of Arc statue in Paris further established her mythos as a courageous heroine defending her nation against the odds. The supernatural force of populism is often driven by a cult of personality.

There is one final spiritual element of populist style: the apocalyptic. Many populist leaders spin dark visions of the way the world is heading which bear a metaphorical resemblance to the apocalypse. Other leaders or movements may literally see themselves as fulfilments of apocalyptic prophecies in scripture. The long-term populist leader of Turkey, Recep Tayyip Erdoğan, is considered by some as embodying Islamic prophecies of facing down Jewish and Christian adversaries in the end times. His announced plans to move the Turkish embassy to East Jerusalem as capital of a Palestinian state can be seen in this light.

It is President Donald Trump who truly exemplifies the apocalyptic dimension of populism. His inauguration speech on ‘American carnage’ was notoriously dystopian. His belligerence towards Iran and North Korea threatens to precipitate nuclear conflict. Yet Trump’s apocalyptic populism is seen most clearly through the eyes of his evangelical followers. A full 81% of white evangelical Christians supported Trump – higher levels than achieved by any recent Republican presidential candidate, including George W. Bush. Trump’s philandering and serial dishonesty do not seem to commend him for Christian morality. Evangelical pastors, however, found a new way of seeing Trump through biblical prophecy by comparing him to the sixth century BCE King Cyrus, who rescued the Jewish people from Babylonian captivity. Cyrus was not himself follower of the God of Israel, but instead God used him to bring freedom to His people. For many evangelicals this is a comforting comparison. Trump’s place has been secured through key symbolic victories including the appointment of Pro-Life Supreme Court justices and the relocation of the American embassy to Jerusalem. It is impossible for a new personal scandal or dehumanizing policy, such as separating children from their parents at the US-Mexico border, to lessen Trump’s wider role in eschatological history.

The train of events leading to the apocalypse are foreordained and nothing can stand in their way. Apocalyptic populism, therefore, is accompanied by a fatalistic kind of moral negligence. As Wendy Brown has argued, apocalyptic populists can knowingly make political choices that lead to destruction or even death, shrugging these off with ‘what the hell!’

Populism in some countries may be a short-lived fad. It could even strengthen democratic governance if politicians are forced to make better arguments. In other places, populism will have more lasting economic and political repercussions. Yet populism that numbs its leaders and supporters to the human consequences of their actions is, fundamentally, a moral hazard. An ambitious sacred, supernatural, or apocalyptic populism can discount the lives of other human beings either as an existential threat to eliminate or as nothing more than collateral damage. That is where the real danger lies.

Daniel Nilsson DeHanas is a senior lecturer in political science and religion at King’s College London. He is author of the book London Youth, Religion, and Politics (Oxford University Press, 2016), co-editor of the journal Religion, State and Society, and a contributor to the LSE Religion and Global Society blog’s Populism and Religion series. 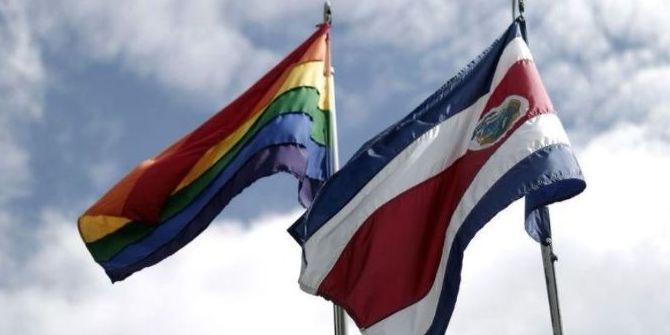 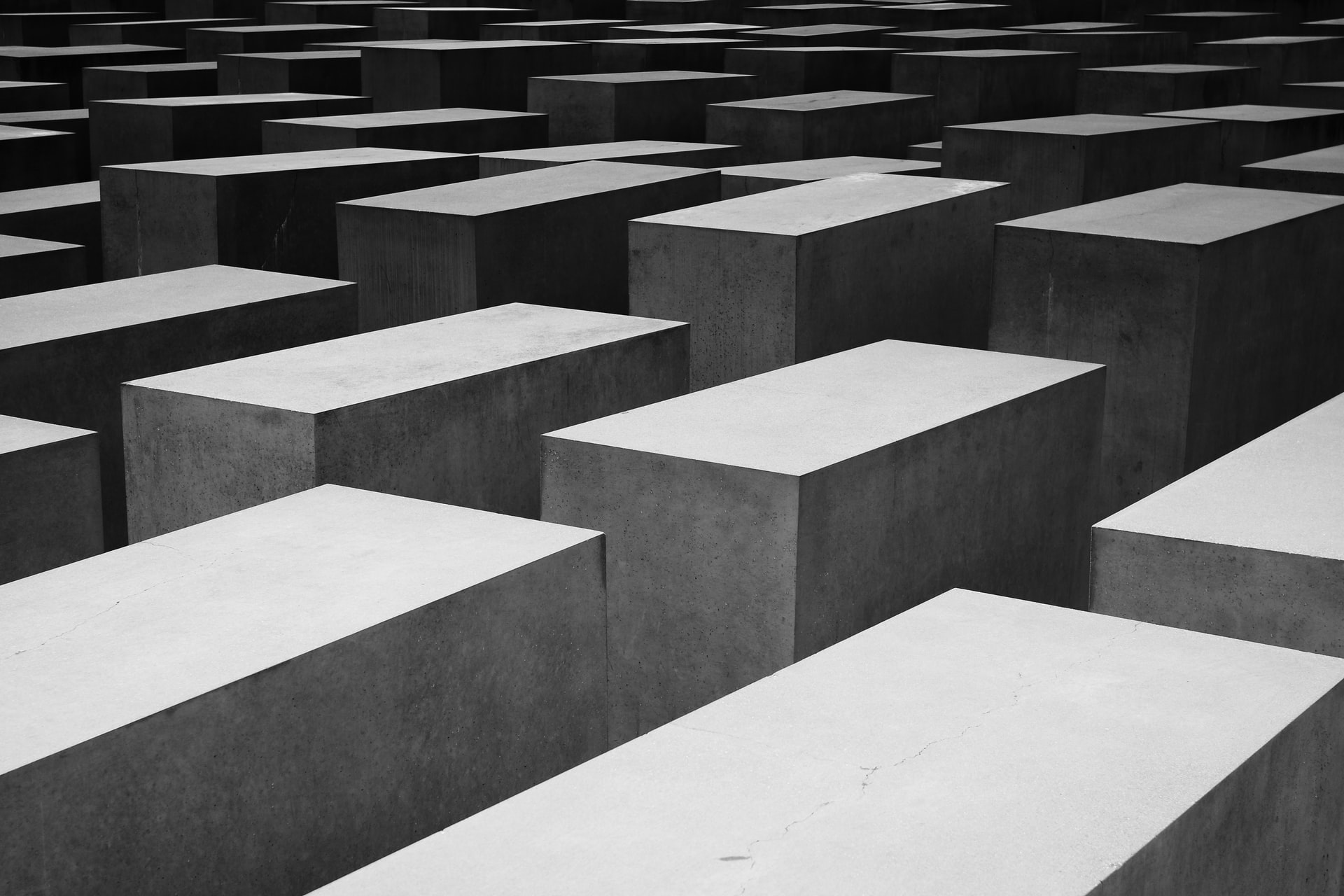 Holocaust Memorial Day 2022: Seeking Critical Understanding and Overcoming the Weaponisation of a Genocide