In recent decades, the anthropology of religion has produced detailed and diverse insights into the experience of religious groups living in societies across the world. Whereas most efforts to research two such groups in a society have focused on points of interaction, Daan Beekers, Hansjörg Dilger and Daniel Nilsson DeHanas call for a comparative ethnographic approach. Studies of Christian and Muslim groups in a shared social space will improve our understanding not only of these subgroups but of society as a whole.

While many in our globalizing world seem preoccupied with religious difference, Muslim and Christian communities often share much common ground. Ethnographic scholars of religion are well positioned to highlight and investigate this mutuality, but have so far largely neglected the task. Without a doubt, the anthropology of religion has flourished in recent decades. It has witnessed the coming of age of prolific subfields, particularly the anthropologies of Islam and Christianity. These have stimulated rich and detailed ethnographic studies throughout the world. At the same time, the growing focus on the complex dynamics within Christian and Muslim life worlds has foreclosed comparative inquiries across different religious settings.

In our view, it is high time to overcome the often rigid boundaries between the study of Islam and Christianity. The Muslims and Christians we encounter in our research sites often coexist in shared social spaces – within nations, cities, neighborhoods or villages. They are exposed to the same societal and political conditions, institutional regimes and cultural trends – even if they often inhabit different, and internally varying, structural positions in relation to these. Ethnographic work on how Muslims and Christians respond to these shared conditions – and the extent to which their everyday (religious) lives converge and diverge – is urgent in today’s pluralist societies. So what, we ask, could such a comparative anthropology look like?

All three of us have engaged in long-term comparative, ethnographic research on Muslim and Christian communities. The communities we looked at do not always interact with each other on a daily basis, but they do lead their everyday religious lives under largely shared societal and historical conditions. These shared conditions make comparison both possible and insightful.

Daan’s research in the Netherlands focuses on religious commitment among young, predominantly white Protestant Christians and post-migrant Sunni Muslims, oriented toward evangelicalism and Salafism respectively. He compares their pursuits of religious aspirations in a predominantly secular environment that hardly sustains such efforts. His study shows that the social dynamics of moral individualism, pluralism, fast capitalism and mass-mediatized popular culture – that these young believers themselves actively participate in – not only constrain their religious endeavors, but also contribute to a self-conscious religious commitment that demands constant nourishment. His Muslim and Christian interlocutors, however, face divergent public representations: while the former tend to be perceived as a ‘migrant minority’, the latter are commonly seen as part of the Dutch majority population. Strikingly, this perceived proximity to the ‘mainstream’ appears to instigate young Christians, more than the Muslims, to explicitly distinguish themselves from their secular peers.

Hansjörg explores the dynamics of moral self-formation in the market of Christian and Muslim schooling that has been established in urban Tanzania from the mid-1990s onward. The schools in his study have all become engaged in the promise of combining secular with moral (and partly religious) education, thereby asserting their distinctiveness from the country’s government schools. At the same time, the entangled colonial and postcolonial histories of education and religious difference in Tanzania have significant repercussions on the quests for a good life in Muslim and Christian schools today. Muslim schools are in an especially weak structural position. This is tied to the historical marginalization of Muslim organizations in the country and the challenges they have faced in the wake of the terrorist attacks in Tanzania in 1998 and events like 9/11. Christian schools in turn, and especially those run by the mainline churches, benefit from the backing of the government and international development organizations aiming to expand access to education with their help.

In his research in London, Daniel investigates the political engagement of young Jamaicans (largely Christian) in Brixton and young Bengalis (predominantly Muslim) in the East End, all born to immigrant parents. These young people share challenges of stigmatization and urban deprivation and articulate similar hopes to see positive change in their local areas. Yet the two groups differ markedly in their levels of political participation. Young Bengalis participate more in political activities than young Jamaicans, with religiously active young Muslim Bengalis participating at the highest rates of all. Daniel analyzes the religious dynamics underlying this difference in political participation. He explains how the churches and mosques his interlocutors attend preach different models of the ‘good’ citizen, how embodied actions of Muslim practice such as prayer and fasting can be channeled into politics, and how an objectified and deculturated Islam enjoins Muslims into common political causes to an extent that eludes a Christianity that is subjectified and culturally hybridized.

Fifteen years ago, Olivier Roy called attention to the parallels between young, ‘born-again’ Muslims and Christians in Europe. Brian Larkin and Birgit Meyer did likewise for Pentecostal Christianity and reformist Islam in West Africa. More recently, Marloes Janson and Birgit Meyer have called upon scholars to move beyond the bifurcated study of religion in Africa. Nevertheless, comparative ethnographies of Christians and Muslims are still few and far between.

Most of the existing anthropological research in this direction focuses on interreligious encounters, interactions and relations (outstanding examples include the work of John Peel, En-Chieh Chao and Angie Heo). Notwithstanding the importance of such work, we suggest that a comparative ethnographic analysis of Muslims and Christians – who do not necessarily interact much but live together under shared social and political conditions – has a distinct analytical potential. It moves beyond cultural, political and academic conceptions of difference by investigating Muslims and Christians within, as Benjamin Soares has put it, a single conceptual framework. Such comparative work enables a better understanding not only of Muslim-Christian relations, but also of the groups’ parallels and particularities (and of course such research can be extended to other religious communities).

Scrutinizing the commonalities and specificities of Muslims and Christians in the same societies makes an important political point too. In contemporary debates and policies Muslims are often set apart as ‘other’ and as the singular exception to a perceived secular (or religious) status quo – and this is not confined to the ‘West’ alone. Researchers are therefore faced with the politics of their knowledge production, not least in the face of state institutions treating (all or some) Muslim citizens as security threats. Anthropologists and other social scientists can critically address such a politics of religious difference, not only in Muslim-minority settings, but also in societies in which Christians are in structurally disadvantaged positions.

Moving toward a more comparative approach to Christian and Muslim lives does not mean that scholars should disregard religious differences but, rather, expose the extent to which many Muslim and Christian communities share common ground that shapes their lived realities in ways that are partly similar and partly distinct. Certainly, any comparative project comes with its own challenges – like that of not losing sight of the diversities within the groups being compared. Nevertheless, we posit that comparative ethnographies of Muslims and Christians can move the study of religion forward in crucial ways. Such work can stimulate the cross-fertilization between hitherto largely separate fields, enable a better understanding of contemporary pluralist contexts, and cast a critical light on persistent notions of Muslim ‘difference’.

Note: To read more from Daan Beekers and Hansjörg Dilger on this topic see this open access collection in the Social Analysis journal.

Daan Beekers is a postdoctoral research fellow at the Institute for Advanced Studies in the Humanities, University of Edinburgh. Working on questions of religious pluralism, religious commitment and heritage in Europe, he is currently completing a book manuscript on everyday religious pursuits among young Muslims and Christians in the Netherlands.

Hansjörg Dilger is a professor of social and cultural anthropology at Freie Universität, Berlin. He is currently completing a book manuscript on moral self-formation in Tanzania’s Christian and Muslim schools and is also co-editor of the volume Affective Trajectories: Religion and Emotion in African Cityscapes (Duke University Press, 2020).

Daniel Nilsson DeHanas is a senior lecturer in political science and religion at King’s College London. He is author of the book London Youth, Religion, and Politics (Oxford University Press, 2016), co-editor of the journal Religion, State and Society, and a contributor to the LSE Religion and Global Society blog’s Populism and Religion series. 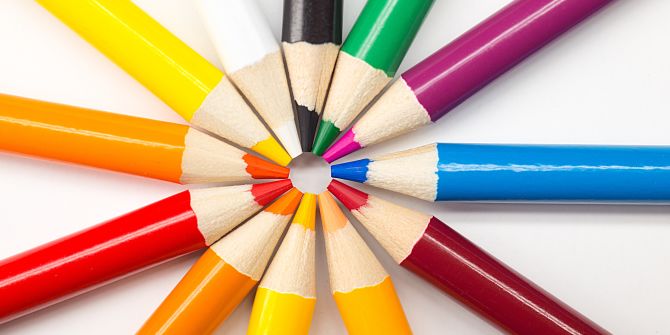 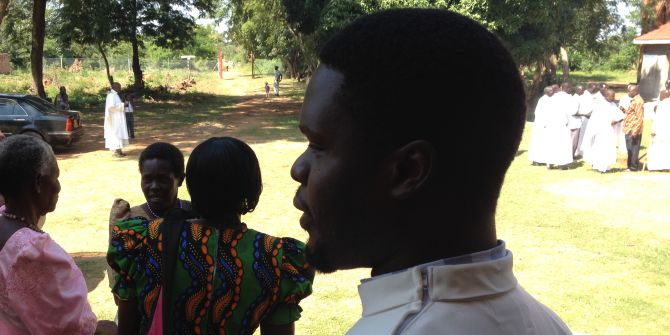 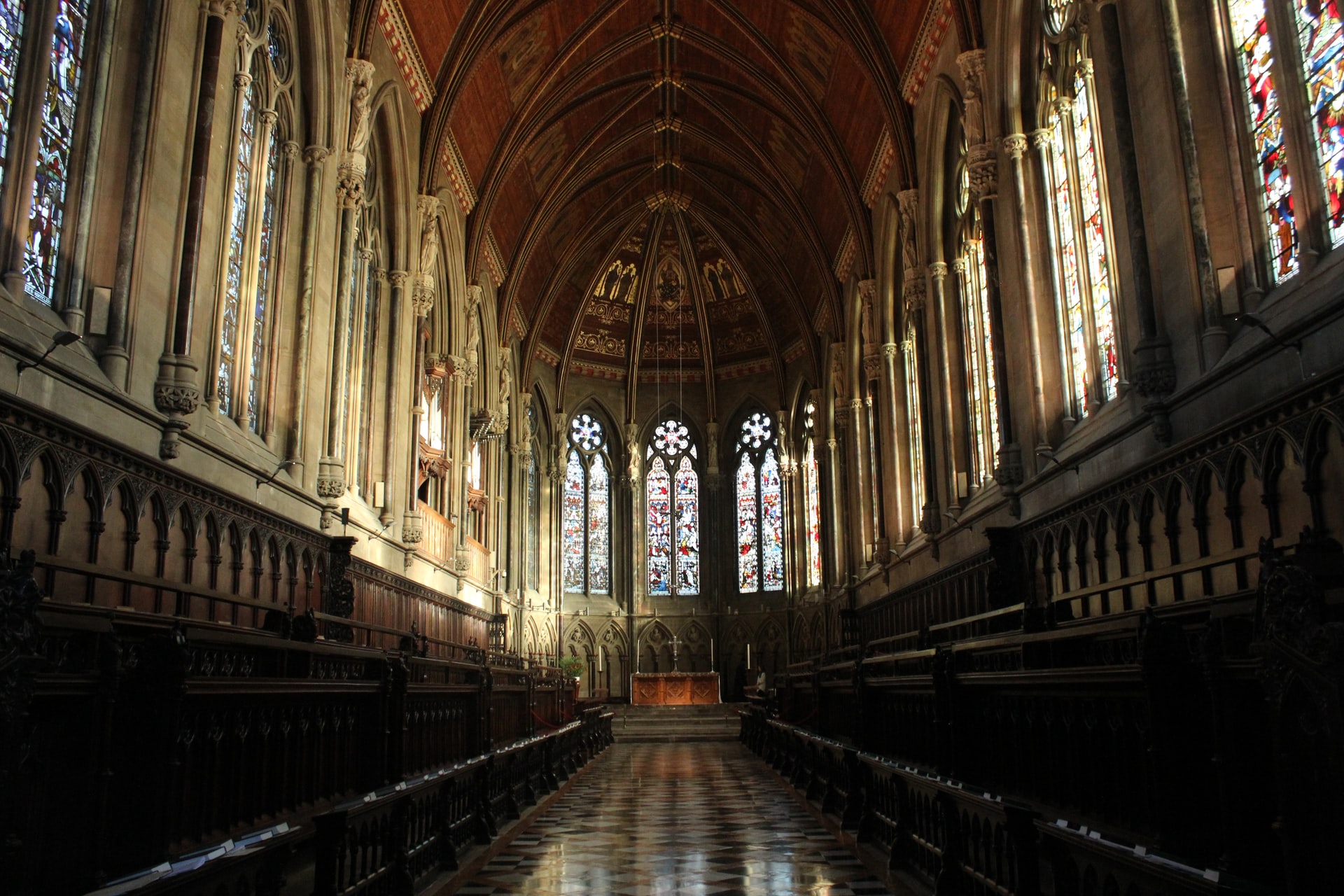