Wednesday marked a new chapter in American politics with the inauguration of President Joseph R Biden. While the election can be interpreted as a rebuke of Donald Trump and his politics, the forces that gave way to Trumpism remain. In this post, Miriam Brittenden of the Centre for Theology and Community reflects on the events of the last week, fortnight, and four years, exploring both the divisiveness and potential of populism.

Like many of us, I watched with horror just over two weeks ago as crowds of Trump supporters stormed the Capitol – enacting one of the severest assaults on democracy the nation has ever seen.

This week we have witnessed a new president take the stage, promising to usher in a new age of unity. Many progressives at home and abroad will have breathed a sigh of collective relief, as the era of divisive populism is finally being put to bed.

The challenge of forging unity in the United States however is an enormous and perilous, even insurmountable task. Where America goes from here, and what kind of precedent those events of January 6th set for the country’s future and indeed for Western Liberal Democracy itself, is a question which matters to all of us – particularly those of us vocationally committed to the question of how we renew our democratic, public life.

In his book People Without Power, the American writer Thomas Frank describes the curious dual history and meanings of “Populism” in the US: “There was Populism as its proponents understood it, meaning a movement in which ordinary citizens demanded democratic, economic reforms. And there was Populism as its enemies characterised it: a dangerous movement of groundless resentment in which demagogues led the disrespectable.”

This first understanding was born out of The People’s Party, which began in the US Mid-West and West in the 1890s with poor farm workers, and sought to establish a coalition which included industrial workers in the north, challenging the plutocratic elite of America’s Gilded Age with its calls for economic redistribution.

Frank tells the story of other authentically populist movements and moments in America’s history: the surge of support which elected President FDR three times, enabling him to legislate his radically redistributive New Deal, and the Civil Rights movement of the 1960s which used organising tactics to build a powerful movement across the American South, defying the divide-and-rule tactics of the Bourboun elite to pit poor white man against black. To those Frank could have added the community organising movement launched by Saul Alinsky in Chicago in the 1930s, which led to major wins on housing and other issues in some of the cities’ most deprived and ethnically diverse neighbourhoods.

The second kind of populism unfortunately has a much greater sway over the popular imagination. Former President Trump is the culmination of a lineage of privileged (mostly old, white men), falsely purporting to understand and share the concerns of the poor white man/woman – from George Wallace to Ronald Reagan. These figures exploit genuine economic grievances for political gain – a potent political elixir.

The answer, often proposed, to this sort of populism – on both sides of the Atlantic – is something of an anti-populism – a narrative of reprimand, ridicule and derision that shuns dialogue and disparity and often borders on scorn for democracy itself. This anti-populist approach models decisions on behalf of those less fortunate or educated, often spotlighting the symptom over the cause, unable to move from calling out to reaching out. Hillary Clinton’s “Basket of Deplorables” comment in her 2016 campaign for the presidency is perhaps the archetypal example of this phenomenon, and it has been demonstrated in many guises in the UK political context since the 2016 EU referendum.

Such binaries should be avoided if we are to emerge from this divisive populism. In his recent Papal Encyclical, Fratelli Tutti, Pope Francis offers a powerful critique of the anger and opportunism of false populism versus the soullessness of liberal technocracy. “How do we become practitioners of a universal love?” he asks. “We must encounter one another, negotiate and agree on common loves we think worthy of guiding our law and ordering our cities and nations”.

To become a people involves dialogue; it, as Pope Francis says, requires, “approaching, speaking, listening, looking at, coming to know and understand one another and to find common ground“.

I was both encouraged and fascinated to hear President Biden speak of such common objects of love in his Inaugural Address in Washington on Wednesday: “Many centuries ago, Saint Augustine, a saint in my church, wrote that a people was a multitude defined by the common objects of their love”.

Angus Ritchie, Director of the Theology and Community Centre in East London, writes in his book Inclusive Populism that authentic populism is “an approach to politics rooted in the agency and the diverse convictions of citizens experiencing social injustice, from recent migrants to people in long-established working-class communities –  most convincingly embodied in the practice of broad-based community organising“.

In my own work as a community organiser in Shadwell, East London, I have seen this in practice. Shadwell is one of the most ethnically and culturally diverse places in the UK and has experienced seismic demographic shifts in the last few decades. It’s also one of the most deprived places – a crowded ward of Tower Hamlets, squeezed between the City of London and the glistening towers of Canary Wharf. The potential, in such a place, for division and mistrust, a distant observer might expect, is huge.

And yet I have witnessed the opposite. Since the Covid-19 Pandemic hit the UK in March 2020, a group of local institutions (many faith-based – mostly Christian and Muslim, others not) have been working together as part of an emerging micro-organising alliance called Shadwell Responds. They focus on commonalities: the shared challenge of the pandemic, commitments to justice, and affection for their shared streets. Despite being an area of deep diversity, the community has won a campaign for equitable free school meal provision for the poorest families, set up a digital access fund for local children, and publically held local politicians to account on key issues. This is an example of authentic, inclusive populism – actions which slowly but surely build trust between neighbours and deliver power back to ordinary people – the most powerful antidote to the apathy, resentment and anger which ultimately corrode our public life.

To renew our democracy and public life, it is not enough to simply call out and to punish. As disturbing as last week’s scenes were, and safe as we may feel in the knowledge that Donald J. Trump is out of public office (for now, at least), Americans – and citizens everywhere – must beware that the forces that created Donald Trump remain potent. A politics of reprimand and denunciation has shown to be inadequate.

Community organising suggests what Pope Francis’ hopeful vision might look like in practice, and indeed the “common objects of love” which President Biden spoke of. As America enters into a new chapter, we must be reminded that authentic, inclusive populism must ultimately come from the ground up. It takes seriously those “diverse convictions” of citizens, in addition to the material injustices they may face, from low wages to inadequate housing, developing grassroots leaders from all class, gender, ethnic, religious and cultural backgrounds to make change in their communities, unified by a common vision of the life they want to share together. It is this sort of populism which may offer the most powerful vaccine against the violent, false populism on display in Washington on January 6th, and hope for the new era that now beckons.

Miriam is a community organiser for the Centre for Theology and Community (CTC) in Shadwell, East London and co-ordinator of CTC's Buxton Leadership Programme. She is also a founding member and chair of the New Perspectives Network. Miriam previously worked in policy and research for the Church of England.

Posted In: Populism and Religion 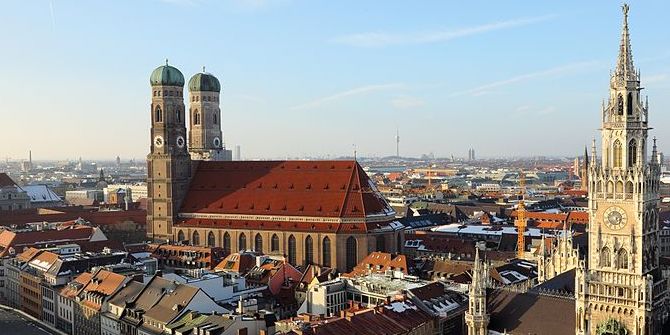 The Religion Gap: Why right-wing populists underperform among Christian voters and what this means for the role of the Church in society