Every year, the LSE Faith Centre runs the Beecken Faith and Leadership (BFL) programme for LSE students, bringing in speakers to discuss world faiths and leadership development. This year, the 6-week course moved online, drawing on leaders from around the world. In this post, two LSE students reflect on the programme. Francisco Escobar-Onofre writes about his BFL experience and the importance of discussing religion as it relates to the social sciences, and Hibak Mohamud-Yusuf writes about the practical application of the programme.

Having a faith-driven class at an institution known for its liberal advocacy may seem a contradiction. Notably, the state and religion separation’s unquestionable benefits have been portrayed as an argument to preclude the study of the relationship that religion – as central to citizens – may play in the public sphere.

Despite controversies, excess, scandals and modern rationale, faith not only remains central to individual lives but is quietly becoming a central topic in the public agenda. Twenty years ago, the West was concerned over its role to fuel extremism and terrorism, particularly as it threatened core democratic values such as pluralism and consensus. But such a problem seemed distant from mainland Europe or America. Yet, Trump’s nationalistic project came around and with it a clear appeal to Christian symbolism that remains significant to the US national identity. His government shook traditional politics and raised questions over the same core democratic values of pluralism and consensus.

As so, a once considered foreign discussion was now again central to political scientists, but nowadays in the West. Was religion motivating democratically dubious nationalistic projects? Or is nationalism utilizing religion for suspicious political gain? Anyhow, religion proved to be crucial in modern “secular” politics. Sadly enough, academia seemed unprepared to give light to a discussion that, although considered basic, turned to be convoluted.

The all-too-short Beecken Faith and Leadership is an initial, very needed approximation to under-discussed themes as religion’s role in a modern democracy, its effect on international dialogue, development and even its lessons for complex decision-making. Above all, this multireligious course is a call for equanimity. After all, extremism, both religious and secular, created the inquisition and the guillotine, respectively. I wish that all students – believers and non-believers – could be exposed to these debates. They will indeed prove to be increasingly relevant as time goes on. At least, they have already demonstrated to be neglected – no wonder why a liberal beacon of thought is giving faith another chance.

For me, attending university is more than just the academic aspect of it. While I was applying for my master’s programme, it was essential to find ways to engage in conversations at the LSE that mattered to me. I was happy to discover a platform that focuses on religion and its continued relevance in global affairs. More importantly, it was a space where different people could come together and try to dissect some of the most challenging issues today.

The most intriguing part of the leadership program was its practical component – my favourite session being the Polarity Management model introduced by Shoshana Boyd Gelfand. The model’s most fundamental aspect is the distinction between a problem to solve and a polarity to manage. In this context, polarities are “ongoing, chronic issues that are unavoidable and unsolvable” (Johnson, 1998). They usually have two or more answers that are interdependent. Understanding whether you’re dealing with a problem or a polarity can significantly increase your chances of success, as traditional problem-solving skills might not help manage a polarity.

This shift in perspective stirred a lot of interesting discussions in the group. The more we tried to apply the model to familiar issues, the more apparent the delicate balance between the polarities became. Using this framework allowed us to utilise the full breadth of our diversity in terms of our backgrounds, experiences and knowledge. We were no longer trying to solve a problem with an immediate solution in mind. Instead, we embraced it as a continuous process, and this inspired some innovative ideas.

Hibak has an MA (Hons) in International Relations from the University of St Andrews and is currently doing an MSc in Social and Cultural Psychology at the LSE. Her areas of interest include Nordic-African relations, diaspora studies, social psychology, and cultural heritage. Hibak also has managerial experiences from Tesla, Fontes Foundation, and co-founded the St Andrews Africa Summit. 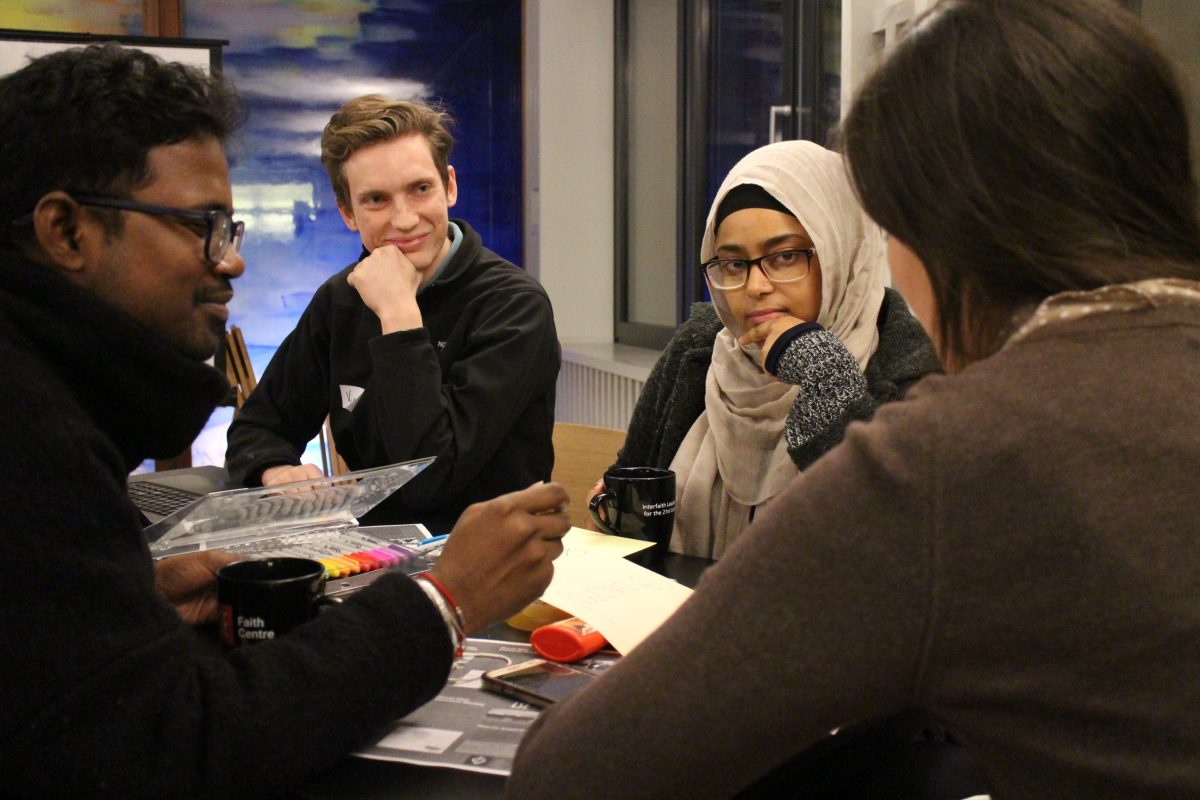