Emerging from Mike Savage et al.’s recent work on the BBC’s Great British Class Survey  (GBCS) this workshop, run at the LSE, aimed to address the future for studies on elite class practices in contemporary society. The quantitative findings from the GBCS outline that the elite social class have highest levels of every type of capital. They are set apart economically from their class counterparts, but notably they also have the highest number social contacts, in addition to high scores in both traditional forms of highbrow cultural capital and newer forms of emerging cultural capital. Equally, they dominate in fields of power, such as the workplace and education. An underdeveloped area of class analysis for many years, the scale of the GBCS (and in particular its unusually high elite respondents) allows the study of elites to be brought back into the class studies framework. Utilising the finding from the GBCS, the attention now turns to painting a more vivid picture of elite practices through qualitative means.

The workshop elaborated on the move from the elite as a category centered narrowly on income and occupation to attention to elite practices and experiences. This recasting of approach moves away from a static, rigid and distinct concept of an elite, outdated both empirically and in theory, and allows the consideration of diverse constellations and spaces of elite practice, both new and longstanding, in which the (re)production of elite culture occurs. In doing so, the workshop emphasised the variety in the approach to the study of elite constellations – through geographical space, cultural and educational institutions, financial status and profession.

Shamus Khan (Columbia) opened the discussion, outlining his current research into the New York Philharmonic Orchestra. Khan drew upon his previous research, which observed elite cultural reproduction in education, highlighting that whilst access to elite groups was difficult, it was not unfeasible. Khan experienced the elite as unique participants – they are often comfortable talking to professors, and are acutely aware of the need for academic research. Khan noted that he frequently encountered the view that previous research had not reflected accurately their position. Importantly, Khan noted that interview methods often proved ineffective when researching elite groups. Given a tendency to be confident in articulating opinion, and the inconsistency between attitude and behaviour, Khan observed it was more fruitful to encourage participants to talk about others rather than themselves, and to juxtapose these interviews with experience. Khan also identified that he holds a privileged position regarding the study of this elite group: having attending an elite private boarding school and taught at an Ivy League institution, his access and ability to build rapport with participants was made easier.

Where Khan was perceived to be ‘speaking the same language’ as his participants, it was Luna Glucksberg’s (Goldsmiths) position as an international outsider that granted her greater access to her participants. Her research explores elite spaces in and around London in order to account for the constitution, experiences and practices of inhabitants/members, and their interaction with and impact upon the urban space and communities within it. Drawing on their desire to ‘educate’ her, Glucksberg was able to foster relationships with her participants which have granted her access to elite social clubs otherwise inaccessible to the researcher. Glucksberg’s research identifies two distinct branches of elites – those of the established elite and new elite groups. An important cultural distinction is seen in these two groups – the new elite group tended to be more preoccupied with material items and were acutely conscious of the potential for downward mobility, while the established elite tended to have less regard for material items and instead place greater value on high culture pursuits and social connections.

Glucksberg’s work picks up on a key theme of the discussion, that of the conversion and reproduction of capital as identified by Bourdieu (1984). Bourdieu outlined three forms of capital (1) Economic Capital (2) Cultural Capital and (3) Social Capital and his work explores how possession of varying stocks of these capitals enables certain advantages. Bourdieu highlights that although these three capitals are distinct, they can be converted. For example, high stocks in cultural capital are likely to enable the individual to reap rewards economically; maintaining social position is reliant on the parent transferring their stocks of capital to their offspring.

Glucksberg’s exploration of these two groups reflects the current rethinking of the status based models of elites taking place in sociology. As emphasised by the findings of Savage et al. (2013), the elite class is increasingly dynamic in its structure. Although entry into the elite classes is highly skewed towards high status groups, it is now considered less impermeable than previous studies have indicated. Glucksberg noted that this fluidity also posed certain perceived dangers for those in the elite class: many of the women that Glucksberg spoke to showed concern over the precarious nature of their social position, and emphasised the work that accompanied the maintenance of status. For Glucksberg’s participants it was felt necessary to perform elite status ‘correctly’ in order to ensure its preservation.

The notion of enacting class status was also picked up by Sam Friedman (City) in his presentation on mobility into the British social elite. Friedman focused on the role of Bourdieu’s notion of habitus and the emotional experience of performing class. Friedman’s study of movement into the elite classes marks a new development in elite research. Where previous research has focused on the study of those well-established in elite culture, Friedman explores the emotional experience of mobility between classes and into the elite, and the symbolic baggage that people carry in the navigation of class.

Elisabeth Schimpfossl’s (Manchester) work centres on the lives and practices of individuals in the Russian male business elite, and raises interesting issues of visibility. Prominence in public life, she found, was not an impediment to her research as one may suspect, and it tended to facilitate, in practical terms, access to interviewees. Like Khan, she observed that an interest in and appreciation for scholarship and academic pursuits motivated the participation of many individuals. Schimpfossl also highlighted the (often acute) visibility of power relations in carrying out her interviews. The perceived unequal position of researcher and respondent, particularly reinforced along gender lines, created a dynamic which could be both instructive and disquieting.

Similar to Schimpfossl’s work, the group discussed by Georgia Nichols (LSE) is predominantly male. Her research centres on profession and concerns the culture of high-tech knowledge work in Europe. In contrast to the conventional ‘gentlemanly’, anti-industrial understandings of the traditional British elite, and its associations with high-brow culture and conspicuous consumption, constellations of practices here crystallise around technical expertise, engineering and manufacturing. While sharing a strong emphasis on meritocracy with other contemporary elites, as in Khan’s work, the centrality of craftsmanship and manual skill to identity sits at odds with both the narratives of these groups and that of traditional elites.

Building on these contributions, the workshop highlighted the need to move away from the traditional conceptualisations of elites – with its aristocratic motif and status based formation – that appear outdated both theoretically and empirically. Instead it emphasised a fluidity in which ‘eliteness’ is no longer ascribed, but performed, and appears in a diverse array of constellations and spaces of practice. In particular, the workshop suggested that we need to pay attention to micro-skews – who, where, why – and questions of elite participation in research. Is there a coherence in mentality that promotes participation, and what links may this have with political engagement and scientific inclination? In general terms, the participants of the workshop agreed on the importance of careful continued attention to the conversion of capitals and the reproduction of class in pursuing the study of elites. 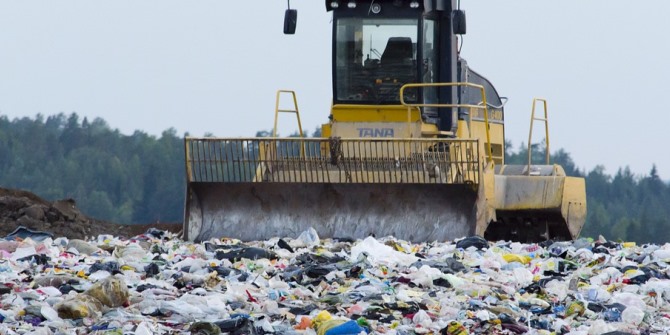