Sociology has a Trump problem. And a Brexit problem. And a Populism problem. And a white people problem, and a class problem, and a man problem. What does this mean? Confusion is expected because, unfortunately, sociology has these problems in numerous ways. For example, sociology has a real Trump and Brexit problem in the straightforward sense that it is institutionally dependent on higher education and research funding which are directly threatened by Trump’s election and Britain’s secession from the EU. It has a populism problem in the sense that populism’s assertion of popular authority against elites, including elite “experts”, sanctioned to speak by their sheepskin credentials, moves sociologists from being observers of society to an interested position in political struggle and even a political adversary for many of the people we might want to study. It has a white, privileged, male problem because too many elite academics are white privileged males and the effect is that their distinct dispositions and views become normalized while others are reduced curiosities. And that is just to name a few of the dimensions to these problems. But worthy as these are for consideration, these are not the problems that I want to address.

Sociologists should be at the forefront of explaining Trump and Brexit but we aren’t. The (tacitly white) working class is hardly a novel political subject. It was the focus of social scientific attention for decades both because of its political importance, but also because of a Marxian and socialist theoretical framework that viewed the white working class as either the agent of history, or the relevant target of social interventions and economic redistribution. But just as in politics generally, there has been an identity politics revolution in sociology since the 1960s and, especially, since the 1990s. Scholars have convincingly criticized normative racial privilege in sociology. Their work is extensive, revelatory, and damning. The growing interest in post-material politics in sociology has resulted in declining attention to economic issues. While we are attentive to globalization, global cities, new elites, and the politics of the young, those suffering from economic decline and marginalization, the elderly, and Old Economy geographies tend to only receive attention from demographers and scholars of public health.

From one perspective Trump’s election only magnified the importance of this shift in sociology. Trump’s overt appeal to racist and misogynist sentiment did not prevent millions of Americans from voting for him and certainly excited white supremacists and neo-Nazis. But the attention to race and gender does have its blindspots. Too often it operates in a cultural framework that rates political progress in terms of multicultural tolerance rather than economic inclusion. This has coincided with a radical economic and cultural shift that has privileged diverse, cosmopolitan, and affluent territories where people are increasingly like-minded—which also happen to be the territories where lots of sociologists live.

As politics has been reframed around the issues and challenges of globally connected, diverse, and cosmopolitan cities, so has sociology shifted in its priorities. When I attend the ASA meeting I find that there are still excellent scholars of political economy, labor, and working class communities, but there aren’t many of them. The number of scholars studying race, identity movements, racial and ethnic subjectivities, and sex and gender, is not small. This disciplinary emphasis has not armed the discipline well to understand the people who voted for Brexit and voted for Trump.

The institutional organization of sociology is not the only barrier to understanding this sociological moment. Horrified at what is at best a willingness to overlook the damage a candidate like Trump will cause to people of color, LBGTQ people, immigrants, and so on, scholars are quick to assume that blue-collar and poor white people are ideological racists. That generalization is understandable, though mostly wrong. More problematic is the idea that efforts to understand and analyze such people is itself morally problematic. It is as if understanding Trump voters amounts to moral complicity with their most odious views. The reverse is also true, studying the kind of politics that is valorized by urban-dwelling academics has a moral worth which is disconnected from the epistemic value of the research.

This is strange. Critical theorists and liberals used to study fascism. Atheists used to study the bible and religious movements. Studying poor white people today somehow seems parochial and backward, if not ideologically suspect. Is this overblown? Maybe, but I know people who work on such subjects who have been protested by graduate students because their books did not condemn their subjects. I know others who have been accused of racism for attempting to honestly explain and account for people who are almost never heard in our political conversations. I take this as the most obnoxious expression of a more fundamental politicization of sociology which will blind us, indeed has blinded us, to the circumstances and motivations of the people who have pushed their way back to political relevance.

At moments like these we need to remember that sociological luminaries like Max Weber and Pierre Bourdieu were not simply giving us a set of methodological guard rails in insisting on verstehen or the demand that we “win” our social facts. They were both aware that sociology and academia generally carried with it circumstances that produce dispositions, orientations, biases, and blindspots that are overdetermined by the institutional and intellectual organization of the discipline. This is why Weber’s “understanding” of meaning is not merely a guideline but an ethical commitment meant to require sociologists to move beyond their socially-determined orientations. Bourdieu, borrowing from Bachelard, tells us that achieving an “epistemic break” with our orientations, assumptions, and dispositions is a necessary step in understanding what we want to analyze. Such sensitivity towards others is not moral complicity but a necessary tool for sociological understanding and winning social facts, especially when we find our subjects to be different or objectionable. Achieving the insight that Richard Sennett and Jonathan Cobb did in The Hidden Injuries of Class, or that Lisa McKenzie did in Getting by, or that Arlie Russell Hochschild did in Strangers in Their Own Land, takes active work and a constant awareness and objectification of how our assumptions, orientations, tastes, and attitudes intrude upon our work. Mere “observation” is not capable of delivering these insights. We will need to lean heavily on these practices and traditions going forward and we will need to have a collective commitment to the value of understanding as a tool for sociological explanation and analysis if we are to get a handle on the political moment.

About the author: Michael McQuarrie is an Associate Professor in Sociology at the LSE. He is primarily interested in urban politics and culture, nonprofit organizations, and social movements. He has recently been awarded a Hellman Fellowship at the University of California and a Poiesis Fellowship at the Institute for Public Knowledge at New York University.

The EU Referendum and the Shaming of Leave Voters 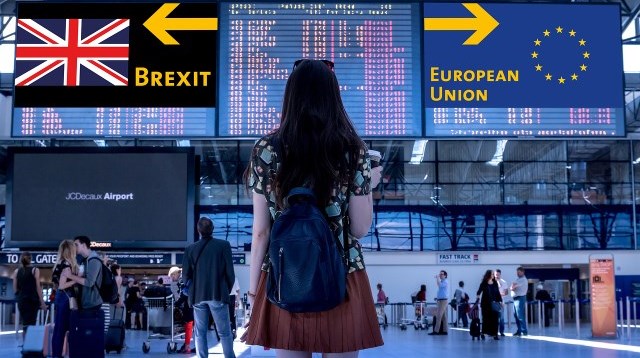 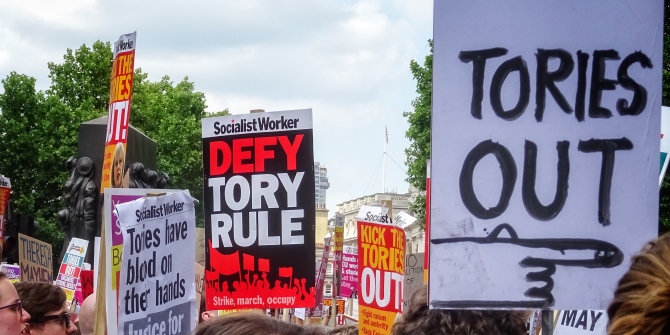