The Homelessness Reduction Bill proposed by Bob Blackman MP was unanimously voted through Parliament on 28th October 2016.  Its proposals originally included expanding the duty of Local Authorities to provide temporary accommodation for households that are homeless and in priority need, to include those households currently deemed to have no priority need but who have a local connection.  This duty has since been removed as it was decided that this would overburden already stretched Local Authorities.  The Bill in its current form increases the number of days before an eviction notice expires, that a household can be deemed to be threatened with homeless – giving more time to either prevent the impending homelessness or find alternative accommodation. It also seeks to ensure that all homeless people have access to free advice and information, taking into account recent criticism that Local Authorities were offering weak and often useless advice.

This is all well and good, but comes across as empty, cynical and cruel as the measures within the Housing and Planning Act – A Homelessness Creation Act which creates insecurity where there was none before; combined with the recent procession of Welfare Reforms will so irreversibly devastate access to secure housing. The Homelessness Reduction Bill has been well received by the Government because it maintains the status quo and has no practical value in addressing homelessness which has now become systemic and accepted as unavoidable within our society. The Bill is a salve for those who don’t like to see someone sleeping rough, but also think that those people must have done something very wrong to get there so don’t want to help too much.   It’s the limp policy equivalent of saying “ooh, isn’t it awful” and then moving swiftly on to talk about something more cheery like the Bake Off or kittens.   Following years of butchery to housing provision, forcing so many homelessness services to close or shrink, and causing such a great reduction in suitable accommodation for homeless people – unless there is a significant increase in housing provision for homeless households, this expansion of the homelessness legislation will do nothing to improve access to what people who find themselves homeless need – a home.

Businesses have always wrestled with the conundrum of how to keep up a level of continuous profit.  The trouble with consumerism is that consumers have the option of not bothering to buy that extra TV, or that latest mobile phone, or go to that new restaurant if they can’t afford it or prefer to spend their money on something else. But, we have no choice but to use essentials like housing.  What better way to make a continuous profit than to turn necessities such as housing into a product for financial exploitation. Housing is one of the fundamentals that are crucial to survival and this approach brings a never ending supply of consumers who would die without it.  An emphasis on investing in and growing the insecure and expensive private rented sector whilst neglecting more secure, better regulated and more affordable social housing, has shown that successive Governments have embraced the immense profit making potential of housing.

The effects of an increase in supply on the housing shortage will also be minimal if security of tenure and true affordability are not embedded into it via Government Policy and Legislation.  It is an annihilation of secure forms of housing such as council housing and cheap owner occupation, combined with policy decisions calculated to deliberately inflate house prices and stimulate investment in property, that are the causes of the housing crisis. A simple increase in supply of homes for sale under our current circumstances will only increase opportunities for investors – it won’t help those needing a home to live in because the price of homes to buy is drifting out of reach for those people as investors have the resources to always outbid them. Investors don’t want their tenants to have security of tenure which might interfere with the value of their investment.

An extension of homelessness duties won’t help homeless households or reduce homelessness unless speculation and profiteering in housing is curbed and truly affordable housing with security of tenure is made available to anyone who needs it.

About the author: Helen Foster is a housing officer working in Nottingham. She has worked in housing support and homelessness services for 18 years and has a degree in Housing Studies. 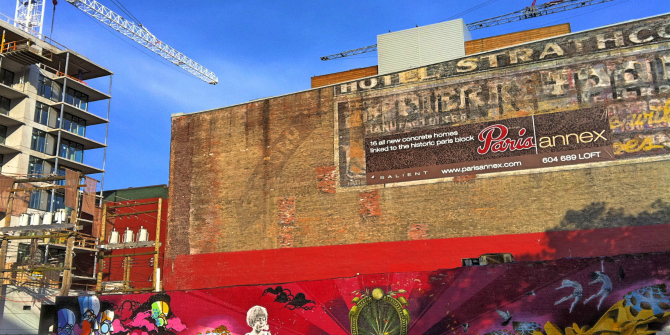