Sarah Ang considers the concept of wokeness in relation to Pride Month and corporate and celebrity gay ‘allies’: are they a sign of genuine progress or capitalism cashing in?

June: It is most obviously Pride Month along Oxford Street. The commercial and corporate embrace of Pride is clear when it comes to marking campaigns for what has become known as ‘Gay Christmas’, with seasonally appropriate displays of support. These include all manner of rainbows emblazoned across storefronts, and pride-themed product launches. Marks and Spencer revealed a new Lettuce Guac Bacon Tomato (LGBT) sandwich to commemorate Pride Month. Although it was accompanied by donations to two organisations chosen by their LGBTQ employees, skeptics saw it as an attempt to cash into positive sentiments around Pride. This prompts the question: is this support genuine, or simply just another consumer campaign? As Vox’s Alex Abad-Santos writes, does “brand support for LGBTQ issues have any real impact, or is it just, well, branding?”

To understand how brand support and social movements cohere, and why it matters, we need to recognise the emergence of ‘woke capital’ – the commodification of wokeness. Wokeness, a term referring to the awareness of racial issues in the US, emerged in the wake of the black lives matter movement, but has since broadened to the general awareness of social and racial justice issues (Garfalo, 2016). Woke capital as a concept first appeared in a 2018 NYT article by Ross Douthat where he highlighted that “corporate activism on social issues isn’t in tension with corporate self-interest on tax policy and corporate stinginess in paychecks”. This is because corporate activism works to accumulate woke capital, which can ultimately be deployed in service of corporate goals and the bottom line.  Much like Bourdieu’s (1986) cultural capital, woke capital is ultimately reducible to economic capital, which is what makes it particularly insidious. This is because the apparent social awareness of issues and support for particular communities and movements is not an end in and of itself, but rather a means of economic gain. Woke capital, and woke capitalism are very much like liberal virtue signalling, but on a corporate level. Virtue signalling involves the conspicuous expression of moral values but ultimately rings hollow, emphasising form over substance (Bartholomew, 2015). Woke capital, similarly, is about the social recognition and sanction, but taken one step further – it does not end with the show of individual moral character but in service of profits. Doing good, then, is not so much about benefitting communities but about the bottom line.

These are exactly the concerns echoed when it comes to pink-washing, when gay-friendliness becomes a marketing strategy in order to boost brand image, making themselves appear “progressive, modern and tolerant” (Ritchie, 2015). This ultimately ends up as rather self-serving, as the social movement and the community end up co-opted for mostly commercial gain. The emptiness of this support is revealed when pride is merely seen as another means to sell products, rather than reflective of a concrete commitment to a cause, like when Adidas, which although it launched Pride-themed products, continued to sponsor the 2018 World Cup in Russia, a country with a terrible record of anti-LGBTQ discrimination (Abad-Santos, 2018).

This mobilisation of woke capital is also a problem for Pride parades, with critics questioning the authenticity of support. Peter Tatchell, organiser of Britain’s first Gay Pride march in 1972, is especially critical. He writes that “some corporates seem to see Pride as a marketing opportunity to target LGBT+ customers”, noting the commercialization of pride and how it has become “capitalism with a pink hue”. He also notes that pride has become about consuming appropriately-themed products to express identity; this shifts the focus off empowering the community but rather empowering the consumer, a view also present in feminist critique of advertising (Hunt, 2017).

As the LSE’s own Sarah Banet-Weiser writes, a few years ago there was a flurry of popular feminist advertising which, while critical of the beauty industry, were still attempting to sell beauty products (Banet-Weiser, 2018). In seeking to empower women through challenging stereotypes, what advertisements like Always’ #LikeAGirl campaign also seek to do is create empowered consumers out of women, who can then go on to choose their products. Again, appearing forward and progressive, “woke” is not an end in and of itself, it is a means of making money.

Being cognizant of the fact that social movements can be co-opted and woke capital deployed in service of companies rather than communities primes us to be more critical of shows of support. For example, Taylor Swift’s ‘You Need to Calm Down’, prompted questions on if Swift was being a good ally or merely attempting to profit off the queer community. Criticism levelled at the video questioned if were more than an exercise in branding, given its timely release during Pride month. Its music video also ultimately ends with Swift and her former rival Katy Perry in an embrace, mirroring the reconciliation by the queer celebrities and a mob of anti-LGBTQ protesters who Swift calls to “calm down”. This has led some to argue that Swift is merely subsuming queer narratives into her own, equating the grave issues of discrimination and intolerance that queer people face with her personal struggles with celebrity. Her music video appears to be another product which cashes in on positive sentiments around the queer community, and hence her support a means of shoring up woke capital.

Still, Swift has backed up her music with concrete action: she has donated to Tennessee Equality Project, and the music video ends with a call to action – to sign her petition for Senate support of the Equality Act. Perhaps what this example shows us is that discerning motives and recognising what constitutes the mobilisation of woke capital is not straightforward. However, there are still considerations to be made, such as if the support accompanies commitments to structural changes like diversity training, what portion of the proceeds from the campaign go toward supporting the appropriate organisations, and if support is consistent with other company-wide moves. As Dan O’Gorman, Pride London’s strategic partnerships director notes, “to avoid “pinkwashing”, brands need to demonstrate support all year round, not just for one month a year.”

Sarah Ang is a second year Social Policy and Sociology student who is interested in pop-culture, social justice and critical theory. She can be contacted at e.ang1@lse.ac.uk. 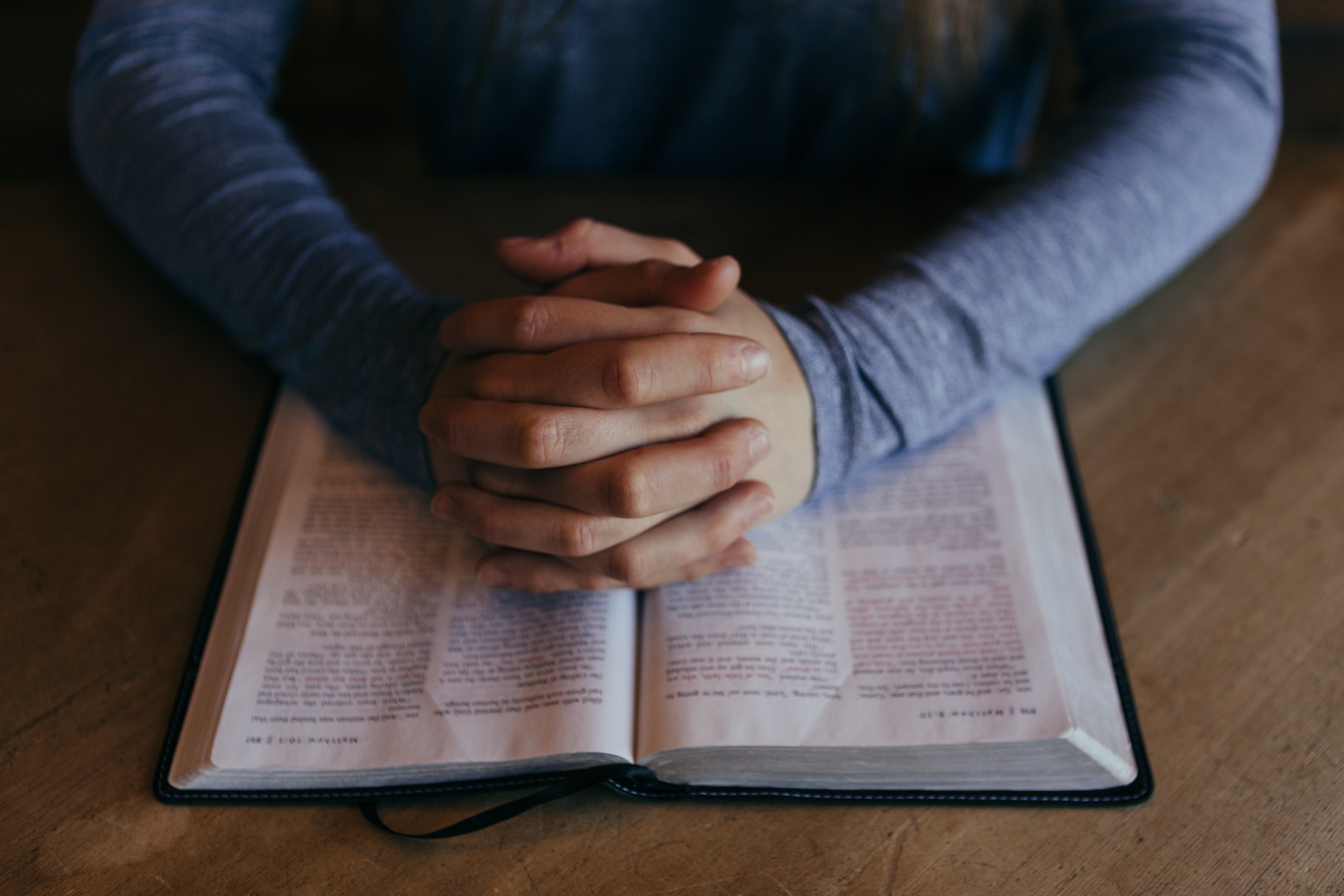 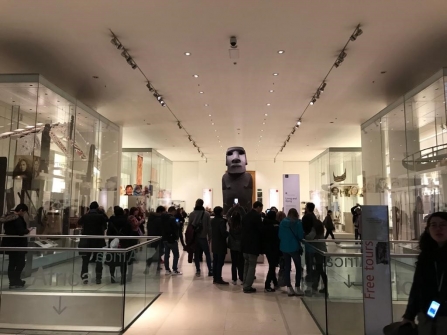 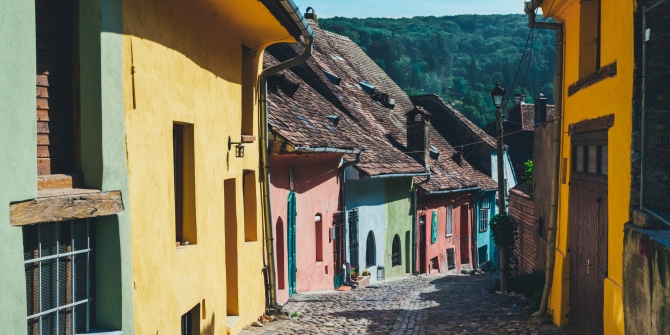