This time last month, many would have scoffed at the idea of a rape in Delhi triggering large-scale protest marches, candlelight vigils and outpourings of public outrage across India. Until now, crimes against women were an accepted, if abhorred, fact of life in the capital.

On 16 December, a 23-year-old student of physiotherapy was returning home from an early evening movie show when she boarded a bus with her male friend. What followed was a two-and-a-half-hour-long ordeal during which she was gang-raped and assaulted with an iron rod by the bus driver and five others. After the assault, she and her friend (who was also beaten up) were thrown off the bus. The girl succumbed to her injuries, including severe intestinal damage, 12 days later at Singapore’s Mount Elizabeth Hospital, where she had been shifted for better medical treatment.

Perhaps it was the sheer heinousness of the crime or the banality of her simple quest to return home after an evening at the cinema that made Nirbhaya (meaning fearless, one of the names given to the student by protesters and the media since Indian laws forbid the disclosure of a rape victim’s identity) the Rosa Parks of India’s female emancipation movement. Following her death, men and women occupied India Gate and Jantar Mantar (Delhi’s iconic protest site) and were subjected to police brutality for protesting the lack of justice for one – and hundreds of other rape victims – as well as the political, administrative and social institutions that entrench misogyny and contribute to the dismal condition of women’s safety in the country. Protesters are accusing the political class of propounding sexist views and being callously indifferent to the lack of preventive infrastructure and legislation that could facilitate female empowerment. The perception of institutional apathy is fuelled by the subculture of everyday sexual harassment (ridiculously referred to as ‘eve-teasing’), abysmally low conviction rates (26 per cent) for rape and an insensitive and unhelpful police force. These factors came together in Nirbhaya’s case, making it a tipping point.

The sloganeering and candlelight vigils communicated a fury-induced urgency, which jolted the state out of inertia: five accused have already been formally charged, the sixth is a juvenile and hence will be tried separately; the Justice Verma Committee has been set up to look into improving sexual assault-related legislation; the Justice Usha Mehra commission is investigating the specific incident. But it takes more than slogans and vigils to turn outrage into a movement.

Nirbhaya’s lasting legacy is the fact that her trauma has finally led Indian society to turn the mirror onto itself. Questions that were on the periphery of urban India’s consciousness have entered the mainstream: are we raising our sons to respect women and treat them as equals? Are we finally bearing the brunt of a gender ratio skewed by female foeticide and infanticide? Are we complicit in Bollywood’s glorification of harassment? Should we legislate against marital rape? Underlying this widespread introspection is an all-important question: what can I do to change things?

Indians today are willing to own the problem of gender-based violence and discrimination, and realise that everyone has a part to play. In this context, online petitions on Change.org have emerged as a latent yet powerful tool. While many consider a click and a virtual signature the ultimate in slacktivism (remember Kony 2012?), the Indian case has shown that persistent pressure can turn online petitions into potent forms of mass communication. Sloganeering cannot cogently and comprehensively communicate the change that society wants to see; that ultimately requires pen and paper (or, in this case, a keyboard and an internet connection).

Two petitions have stood out in this regard. The first was started by journalist Namita Bhandare, is titled “Stop Rape Now!” and addresses the President and Chief Justice of India. Bhandare’s petition lists the immediate legislative and judicial measures required to redress crimes against women and to make public spaces safer. The second petition, “Stop Honey Singh’s Performance”, by Kalpana Misra, addressed the general manager of a hotel in Gurgaon, asking him to cancel the New Year’s Eve concert of Yo Yo Honey Singh, a rapper whose lyrics glorify sexual violence. The petitions are different in tone, goal, and impact, and thus offer lessons for future petitioners: the former has 392,192 signatories at last count while the latter is now a closed petition with just 2,633 signatures.

“Stop Rape Now!” has met huge success because it offers a tangible set of recommendations to those within the state machinery who can make a difference (the petition has made its way to the Justice Verma Committee’s offices). The petition is an exercise in combating cynicism and taking responsibility for the changes that citizens want to see. The latter, on the other hand, was addressed to a nameless and faceless hotel official and relied on good sense and moral fortitude to generate public opinion against an artist who sings about raping and humiliating a woman. Notably, the petition sparked a debate about whether Honey Singh is an easy target diverting attention from systemic issues. That said, Misra’s petition shows the power of this new medium—those who endorse this form of moral suasion make compelling points in its favour, and it’s clear that Indians can no longer get away with playing Singh’s songs at a party or dismissing his lyrics by saying “they’re just words.” That is the real impact of the petition.

Social change takes years, if not generations to occur. The rates of rape and assault in India are not going to immediately drop off because of petitions and protests. But as those online signatures add up, it is increasingly clear that Indians have bucked the trend of apathy.

Priya Kale completed a Master of Science in International Political Economy from LSE in 2011. Follow her on Twitter @priya_kale. 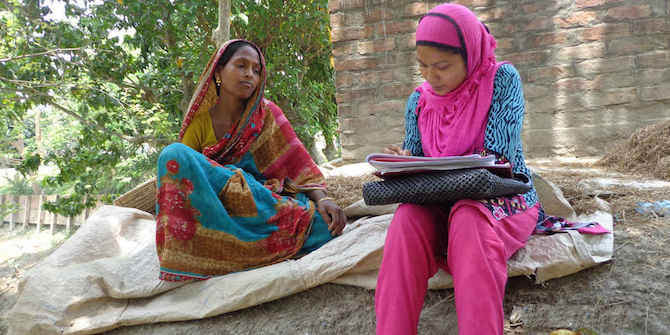 Bad Behavior has blocked 2352 access attempts in the last 7 days.