A recent conference at the British Academy explored the relevance of South Asian studies today.

What is the relevance of South Asian studies today? The British Academy recently held a conference entitled ‘Why South Asia?’ to explore this very question. In addition to debating the value of South Asian studies for the academic community in the UK, the conference asked whether such academic research is of importance to a wider constituency of ‘users’ in government, civil society, publishing, and the media.

One panel specifically interrogated the relevance of South Asia as a concept to the social sciences. Speaking from the perspectives of their various disciplines, the panellists emphasised that academic research on South Asia should be discipline-led; however, they agreed that there were also benefits in taking a regional approach.

Dr Kunal Sen, professor of Development Economics and Policy at the University of Manchester, pointed out that many development economists see South Asia as a ‘laboratory’ or testing ground for their theories. He explained that many strands of research within development economics have come out of South Asia; for example, a strong interest in the region motivated scholarship on poverty. Similarly, academic interest in understanding household behaviours and income and livelihood trajectories has flourished in South Asia, thanks in part to longstanding projects such as field-level data collection in the village of Palanpur, underway since 1957.

Other research streams that have been informed by the South Asian context include labour – including studies on tied or informal labour and labour regulation – and finance (particularly the growing interest in microfinance and imperfect credit markets).

LSE’s Dr Mukulika Banerjee, meanwhile, explained that the opportunity to conduct research in both India and Pakistan had enabled her to detect the counterintuitive trends that have shaped her academic work—non-violent Pashtuns at a time when ethnicity is closely associated with terrorism; the popularity of the traditional sari amongst modern Indian women; the enthusiasm for voting and the democratic system amongst India’s poorest and most marginalised communities. She said that different imaginings of South Asia had informed this academic trajectory.

All the panellists emphasised the need for comparative work across South Asian countries. Dr Matthew McCartney, Director of South Asian Studies at the University of Oxford, argued that focusing on South Asia as a region could facilitate better comparative work and thus a more nuanced understanding of developments in individual countries. He described how his study of Pakistan’s structural transformation from a supplier of raw materials to one of manufactured exports helped him see trends across the region and better understand the process of economic liberalisation in India.

Dr Sen also felt that there was greater scope for collaboration in the manner of area studies research even while academics continued a discipline-led study of individual South Asian countries. Speaking along the same lines, Dr Banerjee suggested that viewing South Asia as region would help highlight the wider relevance of trends that anthropologists observe on a hyperlocal scale at their fieldsites. She argued that ethnographic immersion should be accompanied by more lateral awareness of other sites to help academia address broader questions about the region.

The speakers also felt that South Asia remained relevant to British academia for various reasons. As Dr Sen put it, academic research on South Asia promotes interdisciplinary thinking, helps academics address the challenges of development in the region as well as more broadly, and offers the UK-based South Asian diaspora opportunities to engage with their history and heritage. 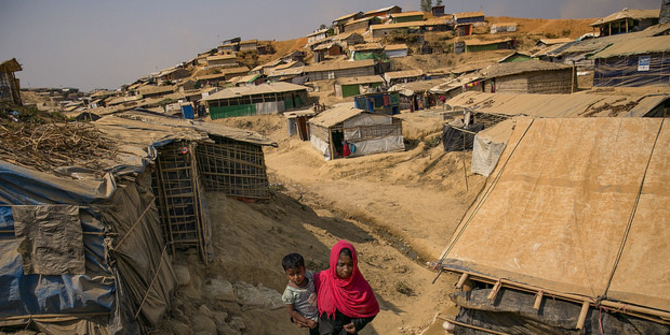 Bad Behavior has blocked 3706 access attempts in the last 7 days.