Tirthankar Roy looks at how the nature of the “business community” in India has evolved since the 19th century. He argues that modernisation and globalisation has resulted in a fundamental shift away from ethnic business networks to pan-Indian bodies.

For the business historian, India is a fascinating country. For centuries, its coastal regions traded with the world and enormous caravan trains moved grain and cotton overland. The coastal trade encouraged the European East India Companies to set up bases in ports like Surat, Masulipatnam and Hooghly in the 1600s.

Out of Indo-European trading enterprise three new port cities emerged in the 1700s: Mumbai, Chennai, and Kolkata. Between 1860 and 1940, employment in factories using machinery and employing wage-earning workers increased from less than a hundred thousand to two million.

The rate of growth in factory employment was above the world average, comparable with those of the other emerging economies of the time, such as Japan and imperial Russia, and without even a distant comparison in the contemporary tropical world. Who led this capitalist surge? The theory of entrepreneurship defines entrepreneurs as individuals who sense unusual opportunities and take extraordinary but calculated risks.

For India around 1850, entrepreneurship did not quite mean this. More often, the successful capitalist was a member of an ethnic group, a community. Without the support of that group, enterprise would not succeed.

The staple ingredient in Indian business history, therefore, is the business community: the Parsis, Marwaris, Khatris, Bhatias, Jains, Bohras, Chettiars, Sindworkies, and others. It has taken sociologists many years to absorb this lesson. The great German sociologist Max Weber studied Hindu society and came to generally negative views about Hindu business culture.In the last forty years many writers have shown that Weber was wrong. For one thing, Weber equated the business community with caste, and just as caste could act as barrier to occupational choices, he thought caste also reduced risk-taking. But the community was not really a religious group at its core.For another, institutional economic history and studies on “social capital”, “networks”, and the origin of commercial law, have shown how cooperation matters to successful capitalism. In the past, cooperation was crucial to address two issues: missing markets and collective bargaining.In an environment where capital markets were missing or information was scarce, cooperation would be necessary. Merchants also needed to negotiate with kings in order to obtain diplomatic immunity or the authority to follow their own civil law.In the past, cooperation on such matters took an ethnic character. Ethnic combines ensured that members followed rules by threatening to drive them out of society if they did not. But “community” is a difficult concept to work with. There are two particular problems, neither of which historians have made a serious attempt to address.First, what is the core of a “communal identity” if it is not, as Weber thought, caste or religion? The people that all north Indians used to call ‘Marwari’ around 1960 did not form a single caste, were very diverse and unequal and did not conduct the same kind of business everywhere. And yet, some features of a community did attach to them. There was a Marwari chamber of commerce each in Mumbai and Kolkata. Such a confusing scenario makes the very definition of a community unstable.Secondly, community does not function in the way it did any more. It has become obsolete as a business resource, if not as a sentiment. Why did the change happen? The first question can be easily answered. The business community was a product of its time. It had no fixed cultural core. It could instead draw on a variety of cultural traditions.In eighteenth century India, as the Mughal Empire collapsed and the axis of Indian capitalism shifted from overland trade to the ports, a massive migration and relocation of enterprise occurred. Most of the prominent business communities of the nineteenth century had changed the nature of their business at the time of this political shift.Several groups, including the Marwari, moved a long distance away from their original homes. They needed to reinvent cooperative bonds. The eighteenth century turmoil did not exactly give birth to the community, but it led to a major consolidation thereof.The second question takes us to the other end of the cycle, the end of the community as historians know them. We see this process already in the 1920s when the leadership in collective negotiation passed on from sectarian bodies to national chambers of commerce.Both the Marwari chambers were then absorbed in the pan-Indian bodies. More recently, the maturity of capital and information markets made informal mode of exchanging information about who was solvent and who could be trusted redundant.Along with these two factors, globalisation has changed the communities from within. The Parsis started moving away from trade and industry as early as 1900, and gradually became a global community mainly engaged in the professions and the creative fields.Some of the most famous Parsis today are academics, writers, and musicians living outside India rather than owners of family firms. A similar diversification has characterised all ethnic business groups of India, and speeded up especially after India embraced globalisation in the 1990s, though the pace and the manner of the transformation differ.

This article originally appeared in The Economic Times. It is reposted with permission.

Tirthankar Roy is Professor of Economic History at the LSE.

Indo-Italian relations: Why both countries benefit from resolving the dispute 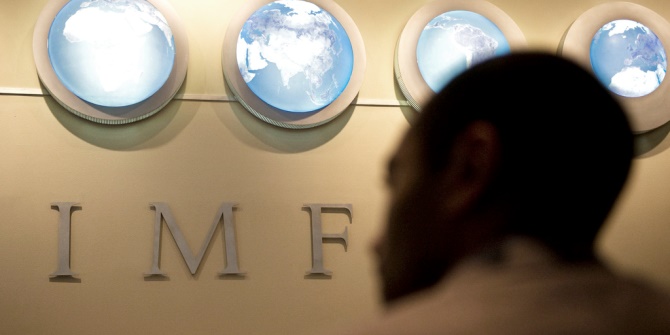 Bad Behavior has blocked 4910 access attempts in the last 7 days.