Arun Jaitley’s Budget speech this week had a strong focus on digital economy initiatives, emphasising the Government’s resolve to increase digital transactions and reduce India’s reliance on cash. Sharique Hassan Manazir reviews the announcements, and writes that – if implemented effectively – they will undoubtedly result in significant progress towards the Digital India vision.

In 1994, Don Tapscott coined the term ‘digital economy’ in his book The Digital Economy-Promise and Peril in the Age of Network Intelligence. Further, Tapscott predicted that “the internet would drastically change the way business was done and create an economy built on networks”(John, 2015). According to European Commission, the digital economy is the single most important driver of innovation, competitiveness and growth.

In 2015 the Government of India launched Digital India program to transform India under three main vision areas namely, digital infrastructure, governance and services on demand and most importantly digital empowerment of citizens. A key initiative introduced in 2015 was the Open Application Program Interfaces (APIs) Policy to promote interoperability for data sharing within different e-governance system and private players at same time. The biggest advantage of this policy is that by using open APIs, companies (especially banks) can slash costs in the offline authentication of their intended users and provide services legally approved by the government to anyone even through mobile phone. Open APIs service has made the activation of new SIM Cards and other products an instant process. Unlike earlier times when hardcopies of ID proof were required and the merchant had to get it verified by government agencies, all the the user has to do now is provide her/his Aadhaar ID (biometric identity number) and thumb impression and authentication takes place instantly enabling immediate service or product delivery.

In the wake of demonetisation there has been a special emphasis on the use of existing digital economy initiatives like Point of Sale (POS) Machines, Unified Payment Interfaces (UPI), Bharat Bill Payment Systems (BBPS) as well as Immediate Payment Systems (IMPS). According to a recent Internet and Mobile Association of India Report the number of mobile Internet users in India has grow over 55 per cent to 371 million by June 2016, and is expected to cross 500 million users by 2017 thus creating a huge number of prospective users.

It was therefore no surprise that the Union Budget (2017-18) speech delivered by Finance Minister Arun Jaitley on Wednesday focused heavily on digital economy initiatives. He announced that government will further promote the Bharat Interface for Money (BHIM) for individual and merchant use through a Referral Bonus Scheme and cashback scheme respectively. BHIM is an app offering payment solutions using UPIs, which was launched following the introduction of demonetisation last year during the Digi Dhan Program to enable e-payments. It is also compatible with Aadhaar so there is no need of additional registration for user identification.

To further bolster the financial inclusion initiative Aadhaar Enabled Payment System (AEPS), the merchant version of AEPS also known as ‘Aadhaar Pay’ will be launched shortly. Aadhaar Pay will be different from earlier forms of card payment in the sense that there will be no transaction charges for either merchant or customer. It helps buyers who do not have a mobile phone connection but do have bank account and an Aadhaar Card, and small merchants like grocery shop owners for whom POS machines are too costly and who have customers that are reluctant to pay by card. All the merchant needs to do is to register for Aadhaar Pay, buy a biometric reader (a one-off payment of around Rs. 2000) and connect it to their smart phone. The smart phone becomes a payment point,so the merchant simply needs to get the buyers thumb impression and Aadhaar number linked to their account.The payment will be deducted from the customer’s account directly without any transaction fees.

The Government is targeting 2500 crore (25 billion) digital transactions in 2017-18 through UPI, USSD (used for mobile banking without internet) IMPS as well as card payment. To cater to the rising demand of associated technologies, such as POS machines, micro ATMs, finger print readers, and iris scanners,duties and taxes will be reduced. Further banks have been given targets to introduce an additional 10 lakh (100,000) POS terminals by March 2017 and 20 lakh Aadhaar-based POS machines for AEPS by September 2017.

Accepting Supreme Court’s constituted Special Investigation Team SIT recommendation government has imposed cap on cash transactions up to 3 lakh rupees (Rs. 300,000) which will be confirmed through a finance bill, and will help in tackling the issue of India’s parallel economy of unaccounted money. The Government has also accepted the recommendation to establish a Committee on Digital Payments constituted by the Department of Economic Affairs and has proposed to create a Payment Regulatory Board in Reserve Bank of India which will replace existing Board for Regulation and Supervision of Payment and Settlement System.

This is probably first time in the history of India that Union Budget has so specifically focused upon digital economy initiatives and if implemented effectively it will undoubtedly result in significant progress towards the Digital India vision. Yet it is also true that the shift to digital could be undermined by problems around technology and infrastructure, or else by issues of access and awareness, social perceptions, and digital literacy. Thus digital economy initiatives not only require policy level intervention but ground level improvements too. The Digital India program, if implemented successfully, will improve the digital inclusion which will facilitate the success of the digital economy more broadly. 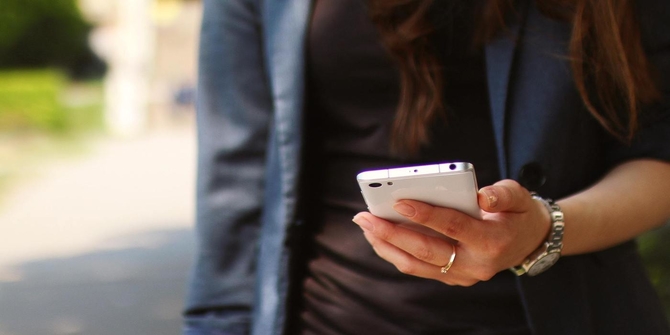 Bad Behavior has blocked 1315 access attempts in the last 7 days.