The controversial damming of the Narmada river in central India goes on, even though the project has been plagued by escalating costs, corruption scandals and protests over human rights and environmental abuses. Yet despite financial, social and environmental deficiencies Defne Gonenc writes that the main beneficiaries are multinationals and large contractors, rather than the hundreds of ordinary Indians who need clean drinking water and access to the river for their livelihoods.

The Sardar Sarovar Dam on the river Narmada has been one of the most contentious development projects in the history of independent India. The dam is part of a mega scheme seeking to build 3000 small, 135 medium and 30 extra-large dams on the Narmada River which meanders through central India. Officially, the dam was meant to provide water to drought-prone areas such as Kutch and Surashtra in Gujarat, as well as the states of Madhya Pradesh, Maharashtra, and Rajasthan through provision of drinking water and electricity. As the people of the valley were largely excluded in the initial decision-making process, and the social and environmental impacts were neglected, affected people formed a powerful opposition movement, the Narmada Bachao Andolan, to voice their demands. Creating a vigorous transnational network of alliances, the movement successfully lobbied for the World Bank to review and eventually withdraw from the project although the government decided to continue with the project. The movement has also largely impacted the evolution of global social and environmental norms against a development paradigm based on big dams and projects.

Today, 37 years since the start of the construction of the Sardar Sarovar Dam, the worries of the Narmada Bachao Andolan over likely environmental degradation and rights abuses prove to be true. The Narmada Valley displacement process has been plagued vast corruption scandals and rampant human rights violations. Contrary to 1979 Narmada Water Dispute Tribunal, 2000 and 2005 Supreme Court judgements, and various international norms, the government authorities insist on an encashment scheme. For example, the government of Madhya Pradesh recently sent out notices to affected people forcing them to accept cash compensation in lieu of land compensation and other benefits, with a deadline of 30 December 2016. Those who did not to accept the cash compensation by this date are now prevented from receiving any type of compensation and barred from rehabilitation. When one considers that the cash compensation amount is still fixed at the same rate as of 2005, despite soaring market price of land, the picture becomes even more worrying.

This incident is just the latest of many as the project has been marked by a variety of financial, social, environmental and economic scandals and outcries. At the time of the Planning Commission’s investment approval, the cost of the project was intended to be Rs 6,406.04 crores at 1986-1987 price levels. According to the report of the Working Group on Water Resources for the 11th Five Year Plan (2007-2012), the total cost of the dam already superseded Rs 45,673.66 crores by the year of 2006. Many people put the blame on the indiscriminate market borrowings of the Sardar Sarovar Narmada Nigam Limited. However, one should also not forget about the massive corruption scandals uncovered thanks to the efforts of the Narmada Bachao Andolan. Several state officials and middlemen involved in fake land registrations, grave irregularities and continued harassment of affected people are identified.

From a social aspect, the project has been a disaster so far. Although affected people should have been resettled 6 months before the submergence, the dam height was continuously raised before resettlement was completed several times. Rising dam height causes flooding during heavy rains as water storage is permitted at higher levels with the dam height increases. This increases the scale of damage. Consequently, there are several Dalit, Adivasis, farmers and fishermen in Madhya Pradesh and Maharashtra whose houses and land were severely flooded many times after 1994, including a severe one in 2013. What is more is that the land offered as compensation to families in Madhya Pradesh turned out to be rocky and uncultivable in many cases.

From an environmental point of view, the safeguards are not being effectively implemented either. Leading activist Medha Patkar warns that Narmada River risks being turned into a lake due to various moves by the government. In addition, illegal sand mining in the catchment area of Sardar Sarovar dam is further increasing the risk of soil erosion, land degradation and habitat loss. What is more is that the compensatory afforestation efforts are not proving beneficial to the region. Most afforested areas are highly degraded with little or no tree cover, or else trees belonging to different ecosystems are used to compensate for the loss, causing a low survival rate among the newly planted trees. When one also considers the downstream effects of the dam such as the “sea ingress” up to 40 km, salinisation of ground water and destruction of top soil in Gujarat, the environmental balance-sheet of the project starts to look catastrophic.

Financial, social and environmental deficiencies drive us to think about one question more intensely: For who is this all for? In other words, who benefits from this tainted project? Apparently, the answer is not “Indian society”. Unfortunately, the project has fallen short of providing clean drinking and irrigation water to most drought-prone areas. However, the picture seems to be different for strong multinational companies. Coca-Cola, Ford Motors and Tata Motors who do seem to be reaping the benefits. In addition, except for Maharashtra no other state government seems to have planned for fisheries development in their regions till today. Dam building changes the ecology of the river and destroys fish stocks. This forces small fishermen to change their occupations and switch to menial labour jobs because no provision is made to protect their livelihoods. This is not the case for big fishery contractors. For example the government of Madhya Pradesh plans to provide the contractors with reservoir, but the deprived small fishermen are overlooked.

It might be true that currently India is the fastest growing major and big development projects like Sardar Sarovar might be accelerating the rise of India. Nevertheless, this rise comes at the expense of too many ordinary Indians who are being exploited by transnational capital. Living in peace and dignity without exploitation and corruption is not so difficult if one has the sincere will for this noble purpose.

The topic of Water Security will be discussed at the India @ 70: LSE India Summit in Delhi on 29-31 March 2017. Click here for more information about the conference.

Defne Gonenc is a Teaching Assistant and PhD Candidate in Political Science and International Relations at the Graduate Institute of International and Development Studies, Geneva. She completed her MPhil in International Relations at University of Cambridge as a Jean Monnet scholar. Her research interests cover environmental justice, environmental politics, and the political economy of developing countries. Her research and articles have appeared in Cumhuriyet newspaper, Europe-Asia Studies, openDemocracy, LSEBlog, ReesearchTurkey, and ATAUM EBulten. She contributes to GAZE-TEMIZ on a weekly basis. 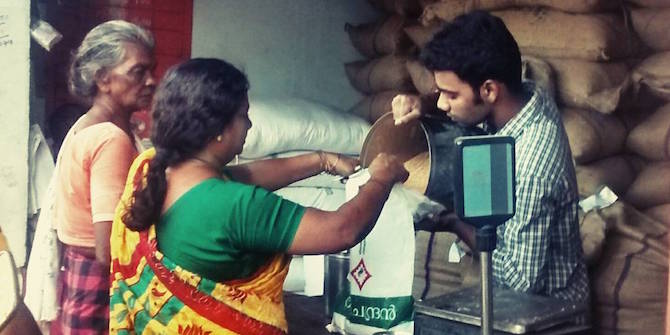 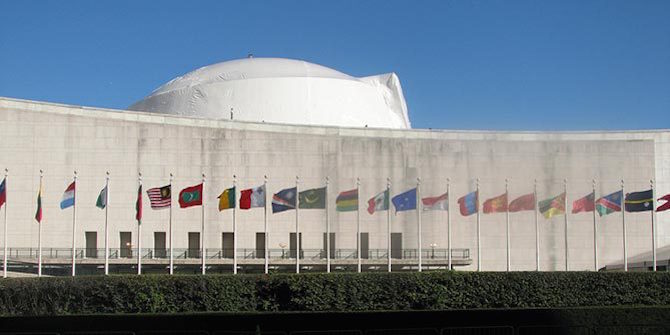