As part of the LSE Literature Festival, the South Asia Centre held a panel on the revolutionary power of cricket in South Asia. Here panellist Prashant Kidambi speaks to Sonali Campion about the first Indian cricket team to tour England, and how a bucolic pre-industrial English game is now the sub-continental passion.

SC: Tell me about the 1911 cricket tour that you are researching.

PK: This book that I’m working on started out as a project focussed on this very singular event – the first time that a team representing all of India came out to Britain in 1911. It was a diverse mix of players: the captain was a 19-year-old prince Maharajah Bhupinder Singh who had just been confirmed in his throne by British administrators in the state of Punjab. The team itself had six Parsis, four Muslims and five Hindus – two of whom were Untouchables. It was a historic event in that this was the first time it was very clearly laying claim to being representative of all of India.

So how did this expand into a book-length project?

As often happens with research, it is like you are peeling away the layers and dusting off all the accumulated weight of history and I started finding all this fascinating material around the tour. It wasn’t a project that developed in the spur of the moment. This was the first team to call itself an Indian team, but there had been teams from India that travelled to Britain. The first attempt was by the Parsis in 1878. Unfortunately that venture fell through at the last minute and it ended up in a very acrimonious court case.

If they’d had come they would have come the same year as the Australian cricket team. The 1878 series was when the Australians defeated the MCC and the Ashes was born, so the Parsis would have been part of that historic summer. That didn’t happen but they were eventually successful – they sent out a team in 1886, and another two years later. Then I realised that some of the people who had been involved in these tours then played an important role in the 1911 tour.

There is often great emphasis on the link between Indian national identity and cricket, it naturalises the idea that cricket is now an Indian game. What the book shows is this was actually a very historically contingent thing. The 1911 tour happened only after at least 3 failed attempts throughout the early 1900s to send a team. Finally they manage to do it in 1911, but there no Indian nationalism arising spontaneously out of cricket.

Why did they fail?

There were all kinds of factors. One was that cricket itself was organised along community lines, so you had the Parsis, the Hindus, the Muslims all with their own teams because colonial sociology had constructed these communities as internally homogenous. Everything was seen through that lens and there were tensions between the Parsis and the Hindus throughout the 1900s. There was also the fact that they wanted to send a fully representative team, but then the questions of what that should look like became very contentious. The Parsis thought more of their players should be included because they took up cricket earlier so their game was more advanced, the Muslims wanted their representatives, the Hindus felt that they were as good as the Parsis but weren’t getting recognition.

What were the motivations for organising the tour?

The political rationale for the tour had shifted significantly by the time it came to fruition. Initially, the impulse was to gain sporting recognition for Indian cricket but by 1911 there’s also an increasing sense that cricket could be a way of uniting Indians and Britons. From 1907 you start getting revolutionary terrorism in India with the end of the Swadeshi movement, and the assassination of British officials. In 1909 there was the double murder by Madan Lal Dhingra at the Imperial Institute in South London. So the project comes at a time when the racial divide is growing. The desire to use sport as a way of bringing together India and Britain had been present but it wasn’t the primary motivation.

Around 1909 you also had the Imperial Cricket Conference and the agreement that Australia, South Africa and England would play each other, so the Indians were feeling left out. They wanted to be at the table and what better way to do it than organise a team to send the England? Imperial recognition was very important. The team goes out as an Indian team but in the framework of the British Empire, with European backers and so forth. It’s very much in keeping with the liberal moderate politics of the time.

Who were the cricketers playing?

County teams, but the tour was given first class status. They weren’t allowed to play test matches until much later, and because it wasn’t accorded test match status it has been overlooked. In fact the fun of the project was to take something that on the face of it seems a bit idiosyncratic and then tell the story around it.

1911 was an extraordinary summer in Britain itself – there all the activities around the coronation of George V and the festival of Empire. On the other hand, it’s also one of the hottest years of the 20th century and there riots and strikes breaking out all over Britain. There is a big crisis around the House of Lords and their role in relation to the government, and the suffragette movement. So the team were going out and playing cricket against this backdrop of a country going up in flames. It was a time of intense political upheaval.

Cricket is a western import into the Indian context. How has it come to be so popular in the subcontinent?

It is one of the great ironies that a bucolic pre-industrial English game played in the southeast of England is now the sub-continental passion. One answer which I find deeply unsatisfying is the idea that the structural features of cricket somehow chime with the internal rhythms of agrarian Indian society: the slow pace, the fact it is played over five days, the breaks for lunch and tea, its not a contact sport. Ashis Nandy put this idea forward in his book The Tao of Cricket thirty years ago. There is something deeply problematic about the concept which essentialises Indian culture. It’s also disproved by the fact the most popular form of the game is not test cricket but T20, which is very frenetic.

To understand cricket’s popularity in South Asia one has to link it to more general processes that have been central to South Asia’s political reality. I argue there are four key processes. Firstly, in a deeply racially divided colonised society, the colonisers introduced this game which carries with it the theoretical possibility of parity and equality on the sporting field – let’s bracket off whether that actually happens. This is a very radical idea in the context of a colonised, hierarchical, deeply divided society. We see this radical potential of cricket right from the outset.

Once you have that principle its meanings can be generalised outside the realm of sport. The same idea also works within Indian society, it informs the way in which caste hierarchies come to be questioned, and the constitution of communal identities. When the Hindus start getting better at cricket want to challenge the Parsis and the Europeans, and then the Muslim teams want to compete. With regard to caste, you have the two untouchable players who were the stars of the 1911. They were a band of four brothers who played cricket and were very central to the Hindu team in Bombay. They are allowed into the team because everyone is equal on the cricket field.

That said, the theoretical possibility is always belied by the reality. The Europeans didn’t take kindly to having this principal flung at them. The Parsis found themselves on the receiving end of some amazingly racist abuse. They were supposed to be best friends with the British in Bombay and all the historical literature tells us that they really got on, but on the field when the British started losing it became a very fractious relationship. Similarly with caste – the star untouchable players were treated very badly. They weren’t allowed to sit with the rest of the team, and they had to get water outside the pavilion. One of the brothers should have been made the captain in 1911 but it didn’t happen because of his caste.

The second process to look at is the way the sport was vernacularised. The mass media was very central to the success of cricket in the subcontinent. Right from the outset it’s covered extensively, both in the English language and Gujarati papers. It really embeds itself, first in the printed press, then on radio in the 1930s, and on TV in the 1970s.

Thirdly, there is the evolving relationship between cricket and nationalism. Before 1947 it was not obvious that cricket would become the focal point of the nation. After independence it is very clear, largely due to the India-Pakistan rivalry– somebody once said “it’s war minus the shooting”. Nations have often used sport for this kind of thing and understanding that relationship is therefore very critical to understanding the success of cricket. For example, the growth of a certain kind of hypernationalism from the late 1990s has driven the popularity in recent years.

Finally, one has to think about cricket in relation to the middle classes because it’s a very middle class sport. Wrestling is the indigenous sport that one would have expected to be popular but didn’t gain the same traction. Games like tennis are considered too elite. So cricket emerges as the sport of choice for the middle classes.

The South Asia Centre Cricket as Revolution panel featured Dr Prashant Kidambi and Peter Oborne. It was chaired by Dr Mukulika Banerjee and explored how the story of the game between England and South Asia has been nothing short of revolutionary, upsetting colonial power balances and creating unexpected alliances. Listen to the podcast here.

Prashant Kidambi is Associate Professor in Colonial Urban History at the University of Leicester. Dr. Kidambi’s research explores the social history of Indian cricket. He is currently completing a book on the history of the first ‘Indian’ cricket tour of Great Britain in 1911, an intriguing story peopled by an improbable cast of princes, Parsis and plebieans that casts interesting light on the interplay between sport, nation and empire. 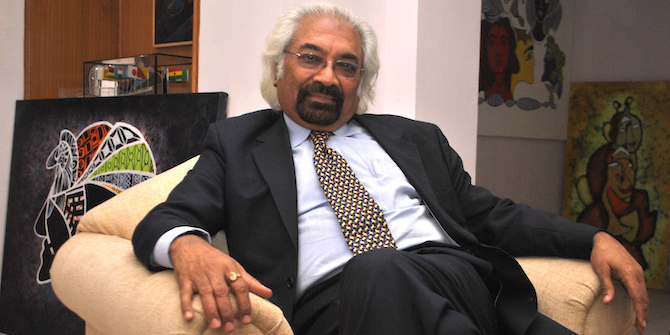 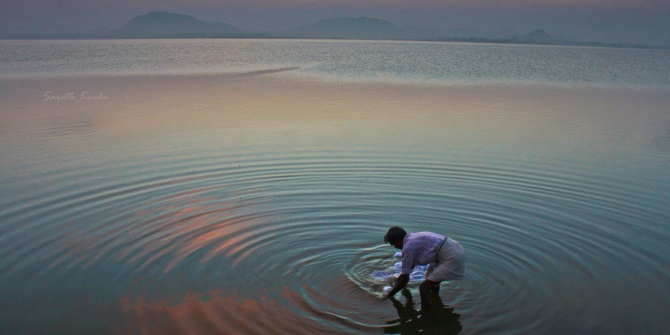