Earlier this month, the government of the north Indian state of Uttar Pradesh announced children would require an Aadhaar card to claim food from the Mid Day Meal Scheme as of 30 June, in line with central government policy. As the cut-off point looms, Ananye Krishna writes that the move is legally questionable and risks denying millions of children a much needed meal.

Earlier this year, the Union Human Resource Development Ministry took the decision to make Aadhaar card mandatory in order to avail the benefits of the Mid Day Meal Scheme (MDMS). At the beginning of this month the state government in Uttar Pradesh indicated the direction would be implemented from 30 June. Although the politicians argue that steps like this need to be taken in order to make the whole process more efficient and transparent, the move threatens to deny thousands of children the meal to which they have a legal right.

According to the latest data provided by Unique Identification Authority of India, 176 million of the 204 million people in Uttar Pradesh have an Aadhaar card. However, it has also been reported that of all the people in India who are not enrolled, 92.7 % of them are children. This is reflected by statistics from Meerut in Uttar Pradesh, which indicate only 17% of students have an Aadhaar card. Although only reflective of one district, these figures give an idea of how large the number of children affected is likely to be if enrollment rates do not improve.

The government of Uttar Pradesh plans to ensure the transition is managed effectively by making the basic education officers responsible for the enrollment of the children into the Aadhaar scheme. However, the officers have been rendered helpless as they are supposed to provide the list of the students with an Aadhaar number by 30 June, despite the fact most children are on vacation and the schools do not reopen before 1 July. In addition to this, there are some major policy issues which hinder Aadhaar registration when it comes to children. Firstly, it is mandatory for a child under five years of age to have a birth certificate as a substitute for the biometric data because the child’s iris and fingerprints are not fully developed. This is not a straightforward request given how many people do not have birth certificates – in UP less than 50% of babies are registered (2011 data). Further, a child has to enroll three times by time he or she is an adult, i.e. before they turn five, between the ages of six and seventeen, and after their eighteenth birthday. All these factors make it more likely that a child will lose out on benefits for not being properly registered.

If we go by strict legal standards this decision is wrong, irrespective of the manner of its enforcement, because it goes against a Supreme Court judgement delivered in 2014 Unique Identification Authority of India and Anr. V. Central Bureau of Investigation. In this case it was held that the government cannot make the possession of an Aadhaar card mandatory for the purpose of availing a benefit which accrues from an existing government scheme. The whole idea behind MDMS since its conception in 1995 has been to provide nutritious food to all the children who attend government or government aided schools, in order to improve both their nutritional status and their attendance. The qualification of the scheme will affect a large number of students. In Uttar Pradesh itself around 18.7 million children benefit from this scheme, and the aforementioned statistics suggest millions could be excluded.

Moreover, this decision will violate two aspects of the right to life, as enshrined under Article 21 of the Constitution of India, if the government goes ahead with withdrawing the benefits from 30 June and efforts to enroll the children who don’t have Aadhaar cards are not realised. First, the children’s Right to Food will be violated, a right which forms an integral part of right to life as we can observe from the decision of the Supreme Court in the case, Brihanmumbai Nagarpalika v. Willingdon Sports club (2013) 16 SCC 260. Second, the children’s Right to Education as enshrined in article 21-A of the Constitution will be indirectly violated. The provision of a meal is a key reason that many children attend/are able to attend school. If the food is taken away, their attendance is likely fall and their learning will suffer.

While it is important to ensure that the taxpayer’s money used for the MDMS is allocated correctly, it is important to understand that it is difficult to completely eliminate corruption and our obsession with individually identifying all beneficiaries risks excluding vulnerable people who the schemes are designed to help. If a scheme like MDMS is open to all, poor children are less likely to be subjected to bureaucratic oppression. A good example of an efficient system which has universalism as its basis is Amma Canteens, an initiative in Tamil Nadu which provides simply subsidised food to all irrespective of economic status. Up until now MDMS has been based on a universal approach and the benefits of shift to identifying individuals are unclear.

In his work Governing through Crime, Jonathan Simon, Professor of Law at the University of Miami, says that while the safety net provided by the state is frayed, people are forced to become responsible for their overall stability, with the risk of being deemed as a criminal if they fail to do so. Although his work refers to the US context, the modus operando currently being adopted by the Indian government seems to be a sad illustration of Simon’s argument. The government is putting the onus on citizens to jump through bureaucratic hoops and prove their need, then labelling those who fail to do so as irresponsible or even criminal. In all this, children who have no power to navigate these bureaucratic systems are dragged in. The child is forced to suffer because the government is neither efficient enough to process the needs of its people, nor does it care for the troubles people have to go through in order to become responsible and to fit the mold the state designs for them.

Ananye Krishna is a third year student at NALSAR University of Law, Hyderabad. He has been engaged in teaching underprivileged children for the past year and believes that proper education is necessary for a healthy and inclusive life. 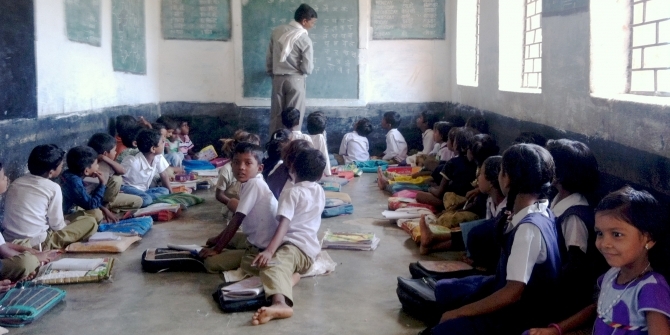 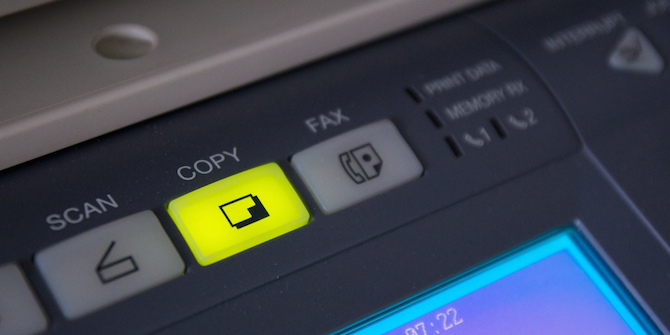 Bad Behavior has blocked 4985 access attempts in the last 7 days.