The first local elections in almost two decades demonstrate a commitment to realising the decentralisation laid out in the new Nepali constitution. But is decentralisation good for economic growth? Bishal K Chalise writes that it has the potential to be, but key barriers must be overcome.

With the local elections ongoing, Nepal has embarked upon massive decentralisation. The 2015 constitution guaranteed that a wide-range of state powers—executive, legislative and to a certain extent, judiciary – would be devolved to newly formed and town municipalities. The primary objective is to ensure the inclusion of hitherto underrepresented groups into the country’s political process. But how does decentralisation play out for overall economic growth and development? This is a pertinent question given that the country aspires to graduate to middle-income country by 2030.

The answer depends upon our priorities: do we want best possible outcome or do we want the outcome to be fair for all? In economic terms, it is the trade-off between efficiency and equity.

The pro-efficiency proponents fear that the decentralisation of development processes might add transaction costs to the economy and slow down overall economic growth. The municipal governments have many economic rights including levying local taxes; local level development, project planning, and market management; and environment protection among many others. The costs may therefore be incurred by non-uniform policymaking, the cost of coordination, the duplication of development work and delayed decision-making at local level.

On the other hand, pro-equity proponents argue that devolution of power would actually result in the ‘de-bureaucratisation’ of current centralised planning and development effort and thus, be cost effective and have greater positive impact on people lives. Prominent economists like Elinor Ostrom and Amartya Sen strongly support this bottom-up approach to development and asserts that local knowledge and common sense of communities should play central role in decision that affects them.

When viewed through this lens, decentralisation hopes to foster economic development that matches the need of the communities and are suitable to local conditions. The freedom given to local communities in designing and implementing their own development programs creates ownership, reduces corruption and misuse of resources and increases the utility over a long period.

Moreover, decentralisation prompts a healthy division of responsibilities where local units are empowered to cater to local needs and allow central government to focus on larger national projects more effectively.

Although this philosophical debate cannot be resolved decisively, Nepal’s constitution envisions inclusive economic model in which everyone gets equal opportunity to participate in the development process and have right to get a fair share of outcomes. In that sense, we are gearing up for localisation of development i.e. development by the people for the people.

It may take a decade or more to assess the real impact of state restructuring on overall development may be seen. For now, we can say that there has not been enough discussion on the matter. The actions of policymakers seem to be driven more by ideology and a general sense of ‘hopefulness’ rather than by a systematic discussion and methodological analysis on fiscal transfer mechanism, providing resources to local bodies and creating accountability framework among others. Nevertheless, there were some clues as to the direction of development in the annual budget announced in May.

The restructuring of the budget to include intergovernmental fiscal transfer marks the beginning of the localised distribution of state resources enabling the localisation of development. The budget allocates minimum of NPR 10 crores (just under one million USD) to maximum of NPR 124 crores (c. 12 million USD) to village and town municipalities. The exact allocation is dependent upon the population, current development status and size of the respective municipalities.

Moreover, the central government is also handing over ongoing projects under a certain threshold to the local governments. A total sum of NPR 225 billion (2.17 billion USD) has been allocated for fiscal transfer to the local bodies which will constitute around 18 percent of total budget for fiscal year 2017-18. The amount may not be sufficient given the tasks at hand ranging from setting-up new offices and paying salary to teachers and doctors to building bridges and roads, it is nonetheless a good start.

Next, the respective municipalities will create development plans and programs to meet local development needs and will allocate the budget provided to them accordingly. However, implementation of the budget may prove a herculean task for the new local bodies.

There are three main barriers to make localisation of development a reality. First, in case of budget shortfall, the local administrative units need to be able to generate alternative sources and mechanisms to fill the gap. However, based on current distribution of sources of revenue, the likelihood is that only few municipalities will be able to adequately generate revenue to sustain their development programs. Many other municipalities, particularly in sub-urban and rural areas, could not even support their regular expenditure from local sources, let alone make capital investment like in infrastructure (note that constitution prohibits local bodies from accepting foreign assistance).

Similarly, unhealthy competition to raise internal revenue can cause unrestrained exploitation of natural resources and might even lead to conflict among the local units. Hence, enabling local government to be financially independent from the central government or at least making them less reliant for regular administrative expenditure would be a challenge going forward.

The second challenge relates to availability of competent human resources who can deliver development at local level. Considering the tasks and responsibilities entrusted by the constitution, local governments need multi-tasking people who understand the diverse nature of their role, perhaps as administrator, development practitioner, government service provider and community negotiator. In an ideal world these would be multi-lingual individuals who can communicate well and deliver services using modern technologies. They would have fine coordination and negotiation skills to deal not only with people in their constituency but also other municipalities, as well as state and central governments. Finding such kind of human resources within the existing bureaucracy looks like a daunting task.

The third and probably the most pressing challenge is to ensure active participation of communities in budget planning and decision making. Locals can best understand their own problems and needs, so they can set their priorities and may have ideas for tailored solutions. They can also check on the behaviour of elected officials and thus strengthen governance accountability. Hence, whether the localisation of development is a success or failure will depend on how effectively people participate.

The remarkably high voter turnout in both phases of the local election so far showcases overwhelming desire of Nepali people to establish the democratic representation that was missing for nearly two decades. Hopefully, this indicates a willingness to engage with the process of locally-led development.

Bishal K Chalise is an economist based in Kathmandu and president of Artha Foudnation. 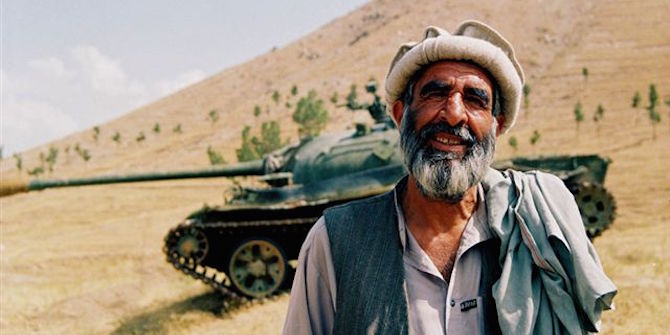 Bad Behavior has blocked 2586 access attempts in the last 7 days.