In a new study, researchers in the UK and India have been investigating how digital platforms can be used to complement traditional community mobilisation and sexual health prevention approaches in West Bengal. In this article, Rohit K Dasgupta and Pawan Dhall discuss the key findings, and the extent to which digital media could be effective in reaching out to gay men, MSM and trans* women with information and services.

Increasing HIV infections among gay men and other men who have sex with men (MSM) and trans* women communities in eastern India, along with the diminishing funding and low impact of traditional sexually transmitted infection (STI) prevention and capacity building programs, are a serious problem in India. In 2016 we therefore conducted a six-month qualitative study titled Mobile-ising for Sexual Health: Digital Technologies and Sexual Health Advocacy in India funded by a small grant from the Wellcome Trust.

The study set out to illustrate how digital media platforms are able to widen access and advocacy and complement traditional community mobilisation and sexual health prevention approaches. More specifically it explored the potential of deploying digital media for sexual health interventions among gay, MSM and trans* women in West Bengal – both as an extension of and a shift away from traditional (‘field-based’ and ‘health facility-based’) sexual health interventions.

The collaborative project brought together Rohit K Dasgupta of Loughborough University with Paul Boyce of University of Sussex and Pawan Dhall from the Varta Trust in India. It built upon previous research, advocacy and training done in the context of sexual health interventions among men who have sex with men (MSM) and trans* people in West Bengal and other parts of eastern India.

The study included a literature review, focus group discussions (FGDs) and semi-structured interviews with sexual health outreach workers and counsellors, queer community activists, and media persons based in and around Kolkata. As prior research on digital culture and the prevalence of social media amongst the queer community have shown, dating sites and mobile applications have become key drivers in shaping sexual expectation, norms and practices amongst queer men in India. Preliminary findings of the study were presented at a symposium organised at Jadavpur University, Kolkata in August 2016.

A detailed analysis of the study findings has been reported in Social Media, Sexuality, and Sexual Health Advocacy in Kolkata, India: A Working Report published by Bloomsbury India. The findings reflect the possibility of several more streams for further research and analysis. This article takes a quick look at what the study found about the potential (and limitations) of digital media in reaching out to gay men, MSM and trans* women in West Bengal with sexual health information and services. It also looks at how digital media may help reach out to sections of MSM and trans* women usually beyond the reach of traditional sexual health interventions.

To quote an FGD respondent associated with an NGO that builds the capacity of community groups to respond to HIV and social justice concerns:

“See, traditionally we have seen that the public health [HIV] interventions, whether funded by the government or other donor agencies, were focused on [MSM and trans* women] population segments which were primarily [from] lower or middle income [classes]. And these populationswere most visible or accessible in the traditional places of gathering, let’s say, cruising spaces or soliciting sites or sex sites. But gradually in the last decade, with the advent of the internet, faster internet connections, more smart phones in more people’s hands, and with the various apps, the communication has gradually changed. Soas the internet penetration went up in India, we had a number of e-forums that people were joining up and discussing, which lead on to dating sites, which now have percolated down to apps on smart phones. Then there are also the mobile networks and private parties, private get-togethers through contacts over mobile phones. In addition to all this, there is this another area of house parties where people gather, and massage parlours– which is also a different kind of space not really accessible to health care workers for health related promotion . . .These are all the places that the current interventions are not addressing.”

“. . . It’s not just about the section of people who say that they are LGBTIQ. But there is this whole lot of people, who just do not identify themselves with the community, but they have sex with men, they go to the people, thetrans*, the pockets where hijra women are having sex. So these are the places that are not really tapped. Some years back . . . I had been intimate with a lot of people. So there I had known people from various sections of society, various layers, they were from different set-ups. Some were married, some had girlfriends, some just identified themselves as gay but didn’t know what was exactly the whole thing about being gay, and some people would just think that this was just about sex, there were bisexual people who thought that having sex with men and being romantic with women was being bisexual . . . I think NGOs have a role of not just talking about sexual health to specific communities – it needs to be more diverse. Like there should be separate work going on making people understand that being LGBTIQ is not wrong, but apart from that there should be a different campaign going on which would just talk about sexual health and involve everything in it, I mean men having sex with men, men having sex with women, anal sex, vaginal sex, all kinds of sex . . . so they should talk about every kind of sex, not just one kind of sex.”

Such interventions would also have to factor in differing levels of digital media penetration in urban and rural areas (affordance issue), variations in people’s literacy and expertise in handling digital media (especially via smart phones), the need for using a variety of languages other than English to make the communication effective, and the fact that people may not trust some of the information available on digital platforms readily, particularly with regards tomedical treatment. Underlying these factors would be the fact that Indian law continues to criminalise people with non-normative genders and sexualities on grounds of their (presumed) sexual behaviours, and digital media interventions that are explicit in terms of the ‘sex talk’ could possibly be seen as abetting a crime. This could deter government buy-in for digital media interventions. The opportunities offered by digital media technologies would therefore be realised best only with changes in attitudes, practices and policies that inform and shape digital media interventions.

Dr Rohit K Dasgupta is lecturer at the Institute of Media and Creative Industries at Loughborough University. He is the author of Digital Queer Cultures in India: Politics, Intimacies and Belonging (Routledge, 2017) and co-editor of the forthcoming Queering Digital India: Activisms, Identities, Subjectivities (Edinburgh University Press)

Mr Pawan Dhall is a Founding Trustee of Varta Trust, a gender and sexuality publishing and advocacy non-profit organization. He is the editor of Queer Potli: Memories, Imaginations and Re-imaginations of Urban Queer Spaces in India (Queer Ink, 2016) 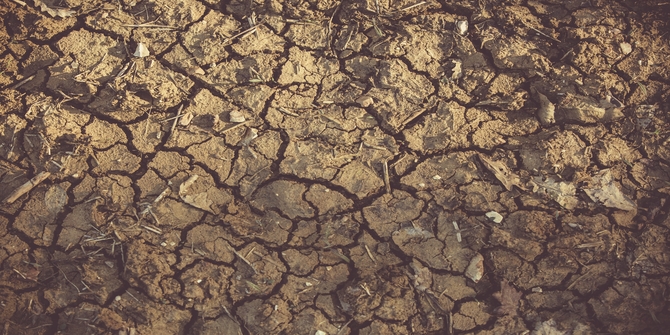 #LSEIndia2019 The undercurrents of the water crisis in Gujarat