As per the Local Government Act 2009, committees act as an important apparatus safeguarding transparency and accountability of the Union Parishad. Regrettably, Union Parishad committees are not perceived and envisioned well by those shouldering the responsibility to take this committee forward. Mohammad Tarikul Islam evaluates the strengths and weaknesses of the committee system of local government in Bangladesh.

Union Parishad (UP) is the lowest tier local of government institution which provides services to citizens at their doorstep. It is the only institution to ensure good governance, development planning, implementation, transparency, and accountability for rural areas in Bangladesh. The latest Local Government (UP) Act 2009 has created an opportunity to ensure greater participation of the people in the process of development planning and implementation. According to the UP Act, 2009, there is a provision of 13 Standing Committees (SCs) in the UP to support the Parishad in ensuring transparency, accountability, and people’s participation in planning and implementing for ensuring better governance and service.

As per the UP act, each UP is supposed to form at least 13 standing committees on different issues like education, health, family planning, social welfare and disaster management, and agriculture, fisheries and livestock. The committees, comprising elected representatives from the Parishads, civil society members, socially respected persons and women representatives of that locality, are entitled to assist the UP for ensuring better services and resolving different problems. For instance, committees help drive decision and provide an important means of oversight on the function of governing bodies.

The standing committees are central components of UPs – the 4,500 UPs across the country cannot be strong unless the committees are strengthened. However, these committees are not active in about 90% of the Parishads because the elected chairmen and other members are not properly aware and interested about its functions and jurisdictions. The reasons behind the sluggish performance of Standing Committees may be attributed to a number of factors: lack of initiatives of UP members; lack of pressure from the common people; lack of political pressure; lack of skills required for planning and implementing development programmes at the local level; no specific terms of references of Standing Committees; unwillingness on the part of UP Chairman to delegate authority and even non-existence of Standing Committees, or existence only on paper.

Based on understandings of different action researches and hands-on consequence of implementation of the decentralisation policy of Bangladesh government, it can be debated that keeping the provision of committees at all levels of governance has become an integral part of law making process since committees these days are well-thought-out as an important mechanism of ensuring transparency and accountability of the UP. Of course, one may surprise, to what extent the system of committee will be able to guarantee transparency and accountability of the activities of the UP when the committees are to be constituted with the spirit of volunteering having no financial and executive authority on the top. Allowing some margins for error, I believe that the exercise of committees in UP will ensure coordination of activities of different departments that would certainly help the process of service delivery to the poorest segment for whom ‘access to public service’ is challenging to some extent. 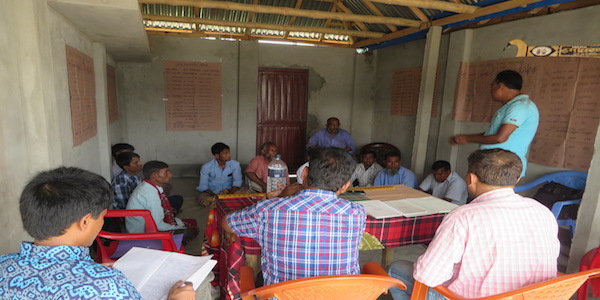 Aiding local government from the external sources is not a new phenomenon in Bangladesh. They have been receiving grants from the very beginning of the emergency of Bangladesh as an independent nation, but over the years, the amount of aid in different forms has increased particularly after the reintroduction of parliamentary democracy in the 90’s. UN bodies and like-minded donor agencies are found to be effective towards supplementing the efforts of the government in strengthening the committee system of UP.

The underlying benefits of holding committees depend heavily on the process followed, the scope for speaking freely without fear, sharing information and the intensity of acceptance of their recommendations by the UP in its monthly meeting as reflected in the prevailing legislations. It provides scope to play an overseeing role of the committees on the functioning of the UP. As part of the effort to commendably galvanise committees to foster local development for the welfare of the rural dwellers, it has been convenient to discover how the process currently followed for conducting committee meetings, and the outputs of these meetings produce the impacts. Since committees run under the statuses of less formal rules, committee members are in a good position to discuss issues in an unceremonious and pleasant manner and to develop relationships with committee colleagues who represent different interests of the community. That does remain as spirit in creating a reciprocal milieu in which compromises on small matters and technical improvements in overall functioning can be agreed upon.

Mohammad Tarikul Islam is the Assistant Professor to the Department of Government and Politics, Jahangirnagar University, Bangladesh. He previously worked at the United Nations for seven years on projects relating to local governance, democracy, disaster management, the environment and climate change. Mr. Islam is currently engaged with the Centre for Climate Change Communication, George Mason University, USA as Affiliate Researcher. He can be reached at t.islam@juniv.edu

Raising aspirations to break the poverty trap in Kolkata

Bad Behavior has blocked 1237 access attempts in the last 7 days.