Following considerable protest and the subsequent Bharat Bandh, Sandhya Fuchs critiques the recent provision passed by the Indian Supreme Court, which issued new guidelines to prevent what they deemed the ‘rampant misuse’ of the 1989 Scheduled Caste/ Scheduled Tribes Prevention of Atrocities Act.

On Tuesday March 20th 2018 the Indian Supreme Court passed a judgement issuing new guidelines to prevent what they deemed the ‘rampant misuse’ of the 1989 Scheduled Caste/ Scheduled Tribes Prevention of Atrocities Act (commonly referred to as the SC/ST Act). The law, which was amended in 2015, at last categorised any kind of verbal, ritual or physical violence against India’s former untouchable community (Dalits) and tribal population (Adivasis) as criminal acts and outlined corresponding punishments for these delinquencies.

The verdict passed by a two-judge bench consisting of justices A.K. Goel and U.U. Lalit (the new provisions were issued while disposing of a judgement in Dr. Subash Kashinath Mahajan vs. the State of Maharashtra) identified that approximately one quarter of the cases filed under the SC/ST constitute false complaints and warned that the law was in danger of promoting increased casteism in society rather than eliminating it.

Goel and Lalit, hence, instituted a number of new provisions, such as the introduction of anticipatory bail (a process whereby a person can request bail in anticipation of being accused of a crime) even though section 18 of the SC/ST Act had previously barred this measure. The move has met with heavy criticism from Dalit advocates, scholars and human rights activists. P.S. Krishnan, former Secretary to Union Ministry of Welfare and original author of the Prevention of Atrocities Act, sent a letter to the Modi government urging officials to make a public statement condemning the Supreme Court judgement. He stressed that the high acquittal rate under the PoA did not necessarily correspond to an equal number of untruthful accusations.  Meanwhile, in a recent article, Indian political theorist Kanchah Illiah warned that ‘exceptional’ cases of misuse that befall any law should not be taken as the basis for policy-making.

As a doctoral candidate whose research has engaged with precisely these debates, I can’t but highlight the importance of the aforementioned critiques and the potential pitfalls of the new provisions. Having spent more than fifteen months in Rajasthan talking to Dalit litigants who have taken steps to file charges under the SC/ST Act, noting case outcomes and observing the socio-political dynamics at the grassroots level, the exceptionality of the mythical ‘false case’ has become crystal clear.

My work has also revealed that complaints categorized as fraudulent are usually not fraudulent at all. Rather, they are cases that have become caught up in a complicated web of politics, corruption and a multiplicity of competing personal and economic interests. 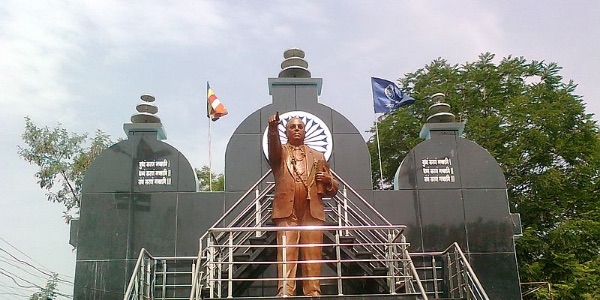 Across India, scepticism of the country’s legal system is so ubiquitous that 2013 saw the release of the award-winning Bollywood comedy Jolly LLB. The film, though brimming with hilarity, contained a scathing critique of a kind of institutional justice that is frequently based on shady investigations and intimidation of potential witnesses. The resonance of films like Jolly LLB show us that intermittent, or even pervasive, manipulation of the country’s law enforcement apparatus is hardly a secret. Yet, despite people’s general awareness of, and often rather defeatist attitude towards, the shortcomings of India’s legal machinery, angry accusations of misuse are hurled at the SC/ST act with exceptional vehemence[1] (see also Litigation against Political Organization? The Politics of Dalit Mobilization in Tamil Nadu, India by Carswell and de Neve). Suddenly, society is threatened by vicious lower-caste schemes and, as one court clerk repeatedly lectured me ‘almost all cases are false. False ones everywhere.’

So, let us look at these infamous ‘false complaints’. Some of India’s public intellectuals like Sukhadeo Thorat have already drawn attention to the fact that many of the cases that get classified as fabricated during the initial police investigation suffer from intentionally or unintentionally weakly executed investigations: evidence is ‘lost’ and medical or autopsy reports somehow never materialise. And without evidence, there is no case. While India’s police force often takes the heat for ‘writing reports in favour of the highest bidder,’ as one Dalit activist in Udaipur phrased it, other institutional pillars of legal evidence are discussed much less frequently. During my time in Rajasthan I encountered numerous cases that involved doctors who neglected to conduct proper examinations following allegations of sexual assault or refused to formulate clear medical opinions that could be cited as evidence in court. They would list injuries, record traces of bodily fluids but ultimately determine that ‘one cannot be sure that rape has occurred.’ Later, such cases were generally dismissed due to ‘lack of evidence’.

However, the main reason Goel’s and Lalit’s order strikes me as misleading and potentially dangerous, is a different one. It lies in the unspoken truth of the day-to-day political dynamics and socio-legal interactions at the grassroots level, which are routinely woven together to define the fate of many instances of caste-based violence registered by Dalits or Adivasis in India. I am speaking of the various ways in which the narratives of victims and some of the most impactful cases of caste atrocities are consistently appropriated by local politicians and community leaders.

The Prevention of Atrocities Act is one of the most politicised pieces of legislation in India. It offers an ideal platform for those harbouring political ambitions to secure loyalties and voter banks by strategically championing or undermining individual cases. Often the factual validity of a specific violent incident and the potential suffering of certain individuals become secondary to strategic contemplations about the manner in which case outcomes could beat on political careers. In many instances I witnessed, local (Dalit) politicians or upper-caste patrons convinced Dalit victims of limited socio-economic means to pursue a legal path set out by them one minute, only to persuade them to drop, or deliberately weaken, their case the next. This switch was usually flipped when the political advisors in questions realised that the loss of electoral votes from the caste-community of the accused party would outweigh the benefits of publicity for successfully securing a conviction.

Faced with the overwhelming complexity of a legal system that demands high levels of financial investment and features obscure administrative processes, victims put their trust in these political champions to guide them and represent their interests. More often than not their trust is misplaced. In one case I encountered, a Dalit gang-rape victim was pressured by a prominent local politician to change her testimony at the local police station. I later found out that the politician in question had arranged for an informal out-of-court compromise involving a hefty financial settlement. He himself pocketed half the sum and simultaneously secured the loyalties of the accused parties for his upcoming election campaign.

Goel and Lalit are not wrong to claim that instances of legal misuse can arise. However, in my experience, the hotly debated issue of blackmail and untruthful accusations represents an exceptionally rare instance. The myth of false cases remains precisely that – a myth – a story that picks up a kernel of historical reality and in time becomes significantly over-exaggerated, all the while ignoring that the threat is manufactured along the way.

P.S. Krishnan has rightfully warned us to remember that acquittals don’t imply innocence on part of the accused party. I would like to add that, equally, instances of out-of-court compromise also rarely mean that SC or ST litigants were ‘playing the system;’ A doctor’s refusal to write down the words ‘the injuries indicate sexual assault’, does not mean rape did not occur and a police officer closing an investigation and filing a complaint away as false, does not mean this is actually the case.

Sandhya Fuchs is PhD candidate in the department of Anthropology at the London School of Economics. She recently returned from fieldwork in Rajasthan, India where she studied how Dalit communities mobilise legal social protection measures to navigate continuing concerns of social, political and economic disadvantage and violent physical discrimination. Her research explores the complex interactions between state-law, local forms of alternative dispute resolution and culturally embedded ideas of justice and order. She previously worked at the Indian Institute of Dalit Studies (IIDS) in New Delhi, India. 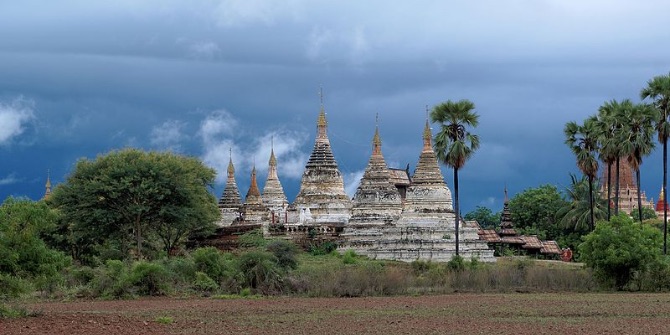