LSE South Asia Centre hosted  Mr Md. Shahidul Haque, Hon’ble Foreign Secretary of the Government of Bangladesh, to speak on the issue of the ‘Rohyngia Humanitarian Crisis’ on the 15 March 2018. The event took place following the second Strategic Dialogue earlier that day between the UK and Bangladesh.  Dominique Dillabough-Lefebvre writes about his interaction with Mr Haque and the event proceedings, where the foreign secretary gave an insightful, humble and compassionate presentation on the successes and challenges faced by the Bangladeshi government as it attempts to manage one of the largest refugee crises of the past century.

In the first of the two-part report, I interweave reflections, elements which came up in the pre-event interview, and the Foreign Secretary’s presentation.

Since the end of August 2017, there has been over 1 million Rohyngias seeking refuge in Bangladesh, one of the fastest and largest movements of refugees in the last century. Mr Shahidul Haque foremostly stressed the need to keep the attention alive and to continue to put pressure on the Myanmar government as “the attention span of the international community is extremely short.”

Mr Md. Shahidul Haque answered my questions humbly and thoughtfully, best illustrated by the following vignette. When asked how he though Bangladesh has responded to the crisis he replied: “I am biased. I should ask you this question. What do you think?”. This appeared indicative that believes that the wider international community is aware that Bangladesh is doing it’s best under difficult circumstances and that their actions can speak for themselves. More importantly, Bangladesh’s appeals for support from the international community clearly demonstrate that bilateral solutions between Myanmar and Bangladesh have so far been largely unproductive.

‘The Rohingya issue’ as the title of the talk refers to it, reflects a problem, and one which Bangladesh sees in a multiplicity of ways. Myanmar and Bangladesh, as the Foreign Secretary was quick to note, have never been in armed conflict. On one hand, the Rohyngia issue is one “for Myanmar to fix” as it is a conflict between Burmese within Burma that has led to this exodus. On the other hand, through these actions, the Burmese government appears to be also indirectly destabilising Bangladesh.

Mr Shhidul Haque stressed the role Burmese policy of denial and fake news, with the denial of widespread killings as well the characterisation of ARSA as an armed group as being part of a wider propaganda machine aimed at keeping the Rohingya’s out of Myanmar. In his words, Bangladesh “does not want to play into the hands of the Myanmar government strategy” by acquiescing to such tactics, and are appealing to UNCR and other NGOs and multilateral support to help document the ongoing situation as best as possible.

During the talk, the historical dimensions of the refugee issue were discussed:“The Rohingyas came to Bangladesh in 1978-79, over 200, 000. Some of them went back some of them remain in Bangladesh. Then they again came in 1991-92, that number was about 250,00 approx, and some of those that came still remain in Bangladesh, they are what we call 300,000 undocumented Rohyngias from 2005-2015.”

The refugee camps of Kutupalong in Cox’s Bazaar have thus been home to informal and formalised refugee settlements for some time. On this note, of particular insight was the discussion of Bangladeshi Prime Minister Sheikh Hasina’s  experience of being a refugee when she was younger (when she lived in political exile in Germany and India), and the effect this had on her outlook towards the events that have taken place and ultimately her policy to welcome refugees and keep the border open. Within the wider Bangladeshi historical experience: “ in 1971 when we were struggling for our independence due to Pakistani occupying forces, 10 million of us crossed over to India.”

On the issue of bilateral and multilateral cooperation

In the past, Bangladesh had always used a bilateral approach but decided that with an issue of such magnitude it was important that the issue be taken to the August/September 2017 United Nations General Assembly. The Foreign Secretary noted the support of countries such the UK, the US, European countries, ASEAN (particularly Indonesia and Malaysia) as well as the support of Turkey, India and some African and Latin American countries who have experience dealing with large-scale refugee issues. On the role of the South Asian Association for Regional Cooperation (SAARC), it was made clear that it has not taken this particular issue and it is not supposed to (according to its charter), and that it has “avoided migration and refugee issues for some time”. Furthermore, it was made clear that the Bangladeshi government will engage with UNHCR when the time is right: “It is not yet mature to take” these issues to the ICC yet, but “it will take more time” to reach the stage whereby the issues central to the Rohingya crisis are to be raised in the International Criminal Courts.

“Myanmar government have themselves claimed they have burnt down half of their villages, [and] they have invited India and China to help rebuild villages. There are satellite pictures of this. They have killed around 20,000 people. Mass graves…Women who have been raped. And what happens to children born out of a conflict”?

The issue of accountability is here critical and is something that the Bangladeshi government believes should happen alongside responsible return and reintegration. The current UN Joint Response plan is a short-term solution for the management of the crisis, and the Foreign Secretary repeated that Bangladesh is “hoping this will not become a protected refugee situation. However, the Bangladeshi government supports the implementation of the Kofi Annan Commission report and welcomed the continued support of the International community as well as student bodies in applying pressure to the Myanmar Government so they fulfill their repatriation commitments in a humane way.

Responses to the Rohingya Humanitarian Crisis

In relation to the significant risks to the refugee’s safety and well-being during monsoon and cyclone season, the Foreign Secretary stressed that they are aware of the risks of floods, landslides and cyclones, as well as the potential of declining international assistance. They are striving to ensure that refugees will “remain in safety and security” and have “already allocated  additional 500 acres of land” towards this issue. Bangladesh is treating health as one of the primary concerns during monsoon season, and has already averted a major crisis in diphtheria, while cholera remains an issue.

Bangladesh has faced criticism for its planned $278 million development of the silt island Bhashan Char to house refugees due to the risk of flooding, as it has been estimated that during monsoon 60 per cent  of the Island becomes submerged under the water. Mr Shahidul Haque replied that many fishermen habitually stay on the island, as well as many living full time on similar neighbouring islands and that shelters will be built so as to be habitable despite these conditions. The Bangladeshi Navy alongside an unnamed British company is working to make the island habitable for up to 100,000 refugees by 2019, although this is viewed as a temporary arrangement within the wider concern for repatriation when the time is right.

Mr Shahidul Haque further added that the island is seen to be suitable for habitation as it could potentially provide many Rohingyas with livelihood options, primarily deep sea fishing as well as having fertile grazing lands. Stemming from my interview with him, such an observation comes from a certain pragmatic awareness of the conditions affecting all people living in precarious conditions in Bangladesh already. He explained: “Bangladeshis live in an environment which is regularly prone to flooding and are able to cope with these conditions. We will ensure that the island is fit for residence.”

This is the first part of the two-part series on South Asia Centre event “The Rohingya Humanitarian Crisis: Bangladesh’s Response.” The second part of the report will deal with issues of repatriation, refoulment and Rohingya nationality, and will be published in a fortnight. You can hear the podcast of the event here.

Dominique Dillabough-Lefebvre is a doctoral candidate Anthropology at the London School of Economics (LSE) and Leverhulme Trust Scholar at the London School of Economics’ International Inequalities Institute (LSE). His research looks at the politics of agrarian change in Myanmar, in  particular the effects of alterations in legal land regimes upon long-standing inequalities among minority ethnic and peasant groups. He is also a photographer & film-maker, and has conducted ethnographic work and photographic projects in countries including Nepal, Myanmar, Bolivia, South Africa, Canada, and the UK. 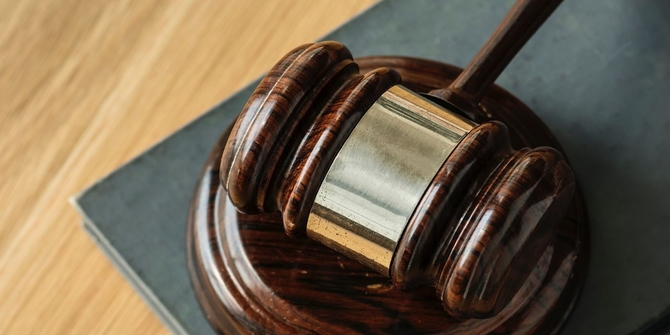 Bad Behavior has blocked 880 access attempts in the last 7 days.