With the introduction of new forms of surveillance and an expansive list of criteria to meet, the National Register of Citizens (NRC) has become the source of distress and even suicide, for residents of Assam unable to provide this information. Lawmakers, academics and members of civil society must thus consider the state’s accountability regarding this, writes Rafiul Ahmed.

No one in Assam could have ever realised that an old yellow piece of identity paper could hold one’s life in limbo until the onset of the National Register of Citizens (NRC) three years back. The immanence of power inherent in these identity papers of yesteryear is so pervasive, it seems to determine life and death beyond the ambit of everyday precarity.

Consider the case of Saibun Nesa Laksar, a poor domestic helper who hails from a small village in southern Assam. She took her life during the NRC’s initial application phase, fearing deportation as she failed to acquire adequate ‘legacy data’—a necessary family history data to get enrolled in the ongoing NRC. Her neighbour confided that “she had been very worried about her legacy data for the past few months. She could find her husband’s one but not her father which led her to panic.” Again, early this year during which a part of the register was about to go public, Hanif Khan committed suicide under similar circumstances. Indeed, it is very disconcerting to see how these lives otherwise rendered ‘illegible’ by the oppression of the postcolonial State have suddenly come under its microscope.

In Assam, the decision to update the National Register of Citizenship (NRC) has been carried out with an objective to check infiltration of migrants from Bangladesh—an old concern having roots in the region’s political history. In the 1980s, the leaders of the movement Assam Movement articulated the issue as a threat to the Assamese identity. It ultimately led to a fervent cry for updating the available 1951 NRC to filter out ‘illegal migrants’ from ‘genuine citizens’. As agreed under the Assam Accord, the cut-off date for identifying foreigners was decided to be midnight of March 24th, 1971 i.e. before the commencement of Bangladesh. So, under the current NRC enrolment, to be counted as a citizen in Assam, an individual must prove that his/her ancestors entered the state prior to midnight of March 24, 1971.

Further, the current NRC entails a two-step process of identification. First, applicants have to identify themselves or their ancestors in the ‘legacy data’—the master roll of names of households based on census returns, to prove their claim for inclusion in the register. In order to prove that a person’s relatives had lived in the state before the cut-off date they need to submit supportive evidence of their name appearing in the pre-1971 electoral rolls or the 1951 NRC. Second, the applicants are required to submit ‘link documents’ certifying their relationship with the said relative. This entire bureaucratic probe makes a massive demand on the part of the applicants for submission of documents including copies of the 1951 NRC; electoral rolls before 1971; refugee registration certificate; permanent residential certificate or citizenship certificate; tenancy records; ration cards and so on, to establish one’s citizenship status beyond the reasonable doubt of NRC officials.

More importantly, the methodology of updating the ongoing NRC in Assam has embraced a very unique kind of ‘identification science’ unlike in the case of the rest of India. It engages multi-locus investigation involving individual profiling and social sorting at the family level. Apart from demographic and locational information at the individual level, the application forms demand the supply of information concerning filial and conjugal ties within the family members. This information is to be provided either manually in the application format or virtually through its website to create a ‘family tree’. Based on this information the NRC officials are required to join records through two truth filters – ‘legacy’ and ‘link’ certificates of a probe, and to examine the degree of separateness/linkages between family members. Through such linkage procedures, the NRC intends to constitute the database of a family history of a couple based on its genealogies. 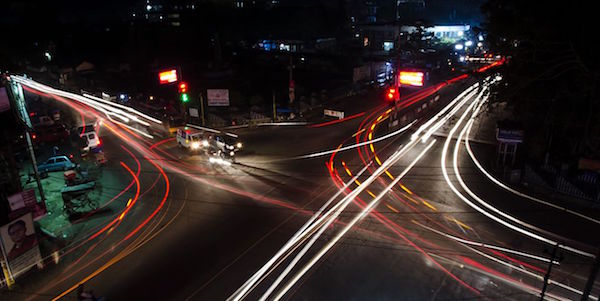 The biographical information of all households in Assam is digitised and codified into a ‘legacy code’. It is now available in a networked and searchable database accessible by the click of a mouse from the NRC website. The offshoot of the multiple filtering of data is imagined in the form of an accurate population register without any error or inconsistencies. The NRC is the regional variant of the National Population Register (NPR) initiative in the post Kargil-war in 2013. Its proposition is to build an ID system to ultimately be connected to the unique identification number popularly known as Aadhaar. Its by-product is visualised as a ‘smart’ identity card for citizens. It is believed that this smart card will be able to identify the ‘genuine’ citizen from the ‘imposter’.

The process of updating the NRC has taken the shape of a mammoth exercise virtually turning Assam’s 31.2 million residents into a ‘laboratory population’. The Cabinet Committee of Economic Affairs recently revised the estimated cost of NRC. The entire exercise is estimated to have cost a hefty sum of 1,220.93 crore rupees by December last year. The NRC team (with a workforce of over 30,000 government officials) has been set the task forth for entry of data through 2500 kiosks. This computerised database again undergoes a simultaneous ‘ground truthing’— including a visit to the applicant’s house to cross verify. The Indian IT giant Wipro has been given the task to build the data infrastructure with a storage capacity of 40 TB.

The NRC website boasts that its innovative techniques are something to be celebrated in the history of Assam. Indeed, such spectacular power of the NRC exercise has valorised it as an agency pitted against dishonesty of criminalised migrants. What is forgotten in the euphoria for precision is its imminent hazard. Recent critical scholarship on the surveillance techniques of modern states has reminded us that the newly applied electronic process being distantly invisible and little understood by ordinary people have penetrated the last traces of human body without their knowledge. Such ‘dataveillance’ obscures human biology and genetics, by fetishizing them into an algorithm in the service of the modern state. Significantly, the NRC’s uniquely genealogical approach – a kind of ‘double helix’ matching the individual profile with the family tree – achieves what DNA technology does in terms of solving crimes without any need of a laboratory.

Retrospectively, in the mid 19th century a civil servant in the East India Company initiated the handprint technique – one of the earliest experiments of scientific forensic technique to be used in colonial Bengal. This identification technique was proposed to catch defrauders among pensioners and prisoners. However, it seems the need of such a technique didn’t go away with India’s independence from colonial rule. Invariably, postcolonial Assam was on the lookout for a technique to supplement the barbed wires in the Assam-Bangladesh border with newer technology. The NRC can thus be viewed as a progression from these earlier techniques. Its multiple utility is realised from its potentialities to detect lies in order to apprehend recidivists. In fact, it is the ‘truth machine’– an infallible lie detector with an emblematic level of objectivity and certainty built on razor-blade accuracy as imagined in James Halperin’s science fiction.

In contemporary Assam, the lines between ground realities and sheer fantasy seems to have blurred. The NRC has attained a sacrosanct status. Anybody questioning its motives would invite the ire from all sections of Assamese society. Nevertheless, most importantly, what is being evaded is the very question of ‘accountability’. Who will be held accountable for the deaths of Saibun Nessa, Hanif Khan, and potentially, others awaited? Can we blame the NRC itself? A deafening silence is being maintained about these critical questions by law enforcers and intellectuals thus far. To use Judith Butler’s recent articulation of precariousness in the contemporary world, the lives of those like Hanif Khan are simply not considered valuable and, therefore become ungrievable. In the same token his death cannot be mourned because he has never ‘lived’ in the eyes of the Indian state. His life, like many others in Assam remains invalidated by a slip of yellow paper.

Dr Rafiul Ahmed teaches in the Geography department at Sikkim University. His current research examines the role of census, border and citizenship in representing migrant communities as ‘other’ in Assam.