In March, the United States declared the actions of Myanmar’s military against the Rohingya to be a case of ‘genocide’. Even though the declaration does not trigger military action, Shaikh Abdur Rahman argues that it has a twofold significance: it validates the sufferings of the Rohingya people, and, equally importantly, it resurrects a moral imperative in American foreign policy. Neglected under the Trump administration, this moral imperative further underlines the United States’ humanitarian credentials against China, its authoritarian adversary in the region.

Around five years after the massive military crackdown against the Rohingya of Myanmar in 2016 and 2017, the United States formally determined to condemn the atrocities as ‘genocide’. On 21 March 2022, the US Secretary of State Anthony Blinken made the official statement describing the atrocities as ‘widespread and systematic’. Though it is a late move that has been awaited for long, it is nonetheless a praiseworthy and historic move by the Biden administration that pushes Washington towards the right side of history.

The decision was made following the latest hearing on the genocide case against the Myanmar military at the International Court of Justice (ICJ) from 21 February to 28 February. Additionally, the decision was made in the context of the Russian invasion of Ukraine and against the backdrop of the US withdrawal from Afghanistan. The question arises as to why has the US officially recognised the act of genocide only for the 8th time in history since the Holocaust? Has the genocide ended in Myanmar? What are the implications of the decision to recognise the Rohingya genocide case?  This post argues that the decision is prompted, at least in part, by the US attempting to re-assert its moral leadership in international relations though it has useful implications for South Asia as a region too.

The Rohingya and Genocide 2.0

While the Gambia v Myanmar case has been running at the ICJ since November 2019 and the court has ordered provisional measures, the Tatmadaw, as Myanmar’s notorious military is locally known, has been turning a deaf ear to the court. Atrocities against the Rohingya, as well as other minorities, continue in Myanmar especially since the coup d’état was staged in February 2021.

Since the coup, according to Human Rights Watch (HRW), at least 1,700 people have been murdered, more than 13,000 detained, over half a million displaced, around 4,500 homes have been destroyed and the systematic oppression against the Rohingya in Rakhine State has been continuing at the hands of the military. The brutal acts of the security forces include burning alive, intensive torture in the detention cells, and raiding villages for ‘clearance operations’.

The UN expert Tom Andrews, the Special Rapporteur on the situation of human rights in Myanmar, told the Human Rights Council (HRC) in Geneva that Rohingya children are being targeted and killed by the Junta as a part of their ‘systematic pre-planned ethnic cleansing’ motive. Reportedly, more than 100 children have been murdered and nearly one million have been deprived of routine immunisations since the February coup, which can result in the deaths of approximately 33,000 children this year. The US Senator Markey calls for additional determination against the Tatmadaw for the atrocities carried out since the 2021 coup.

This is the situation which has prompted the US to officially use the term ‘genocide’ to describe massacres against a persecuted minority, i.e., the Rohingya, for the 8th time in recent history. The other seven cases were those of Armenia, Bosnia, Rwanda, Iraq, Darfur, the Islamic State’s attacks on Yazidis and other minorities, and China’s treatment of Uyghur Muslims in Xinxiang.

The genocide determination, however, will not unleash immediate US action or bring overnight changes for the 1.1 million forcibly displaced Rohingya in Bangladesh. Yet, what it is likely to achieve is an enhancement in the international support for the legal process at the ICJ and thus help to prevent further large-scale atrocities in future. Moreover, The US pledged to provide an additional US$1 million to the Gambia to continue its lawsuit at the ICJ. More importantly, the concrete evidence and documents used by the US to make the determination would be very helpful in the ICJ proceedings.

Until this official acknowledgment by the US Department of State of the extent and seriousness of these atrocities, the actions of the US were confined to the economic tool — sanction against Tatmadaw and funding for the persecuted Rohingya, which have proved to be less effective than desired due to the diplomatic and military support from China and Russia. What the ‘genocide’ determination does, in the context of the ‘multiplex world order’, is to take an unambiguous moral position in the matter which can often be sacrificed to realpolitik. But the US’s credibility as a world leader has been declining particularly with the Ukraine crisis and the withdrawal of troops from Afghanistan.

Traditionally, after the end of the Cold War, the role of US in the Middle East, Asia or anywhere in the world had been considered to include the ‘moral leadership’ of the world.

Moral leadership is “a leader’s behaviour that demonstrates superior virtues, self-discipline, and unselfishness” to set an “example for others about the rightness or wrongness of particular actions”.

For instance, the US response to the 1994 Rwandan genocide illustrated the notion of a moral responsibility that transcended political and cultural boundaries. However, the Trump administration’s withdrawal from the Paris climate agreement, pulling the US out of the World Health Organization, abandoning the Iran nuclear deal — all these suggested that  the US no longer wants to maintain the moral leadership role which it had been playing throughout the 20th century.

In the 2020 presidential elections, Joe Biden laid out his foreign policy vision ‘to restore dignified leadership at home and respected leadership on the world stage’. The avoidance of direct military clashes both in the case of Afghanistan and Ukraine and increasingly taking positions that uphold human rights presents a picture of his government as trying to revitalise the American ‘moral leadership’ per the election manifesto of the Biden campaign. This stance is particularly significant in South Asia where its rivalry with a more authoritarian China has been heating up.

It is a ‘validation’ and ‘acknowledgment’ of the ‘genocide’ committed against them. It will assuage their old scars and provide a ‘morale boost’ for the persecuted population.

Bangladesh may expect some positive implications of this latest US policy shift on the Rohingya issue too. The Foreign Minister of Bangladesh A.K. Abdul Momen sees it as ‘good news’ because it will create more pressure from the US and its Western allies to settle the Rohingya repatriation issue as well as to hold the Tatmadaw generals accountable.

In sum, the official declaration of Rohingya genocide — the ‘clear and premeditated intention to destroy the Rohingya population’ — by the US, as the second country after Canada, is a watershed event for the cause of humanity in the region. To find the solution to the Rohingya crisis, the first priority was to acknowledge the crime committed against the persecuted Rohingya to the fullest magnitude. Though the determination has no immediate impact in terms of active mobilisation against the Junta, it has important implications for making the Junta accountable and upholding the foregone ‘moral leadership’ of the US in a rapidly changing world order.

Shaikh Abdur Rahman is a Researcher at the Central Foundation for International and Strategic Studies (CFISS), Dhaka. He writes on South Asia’s politics, human security issues and economic diplomacy, with a particular focus on Bangladesh’s foreign policy. 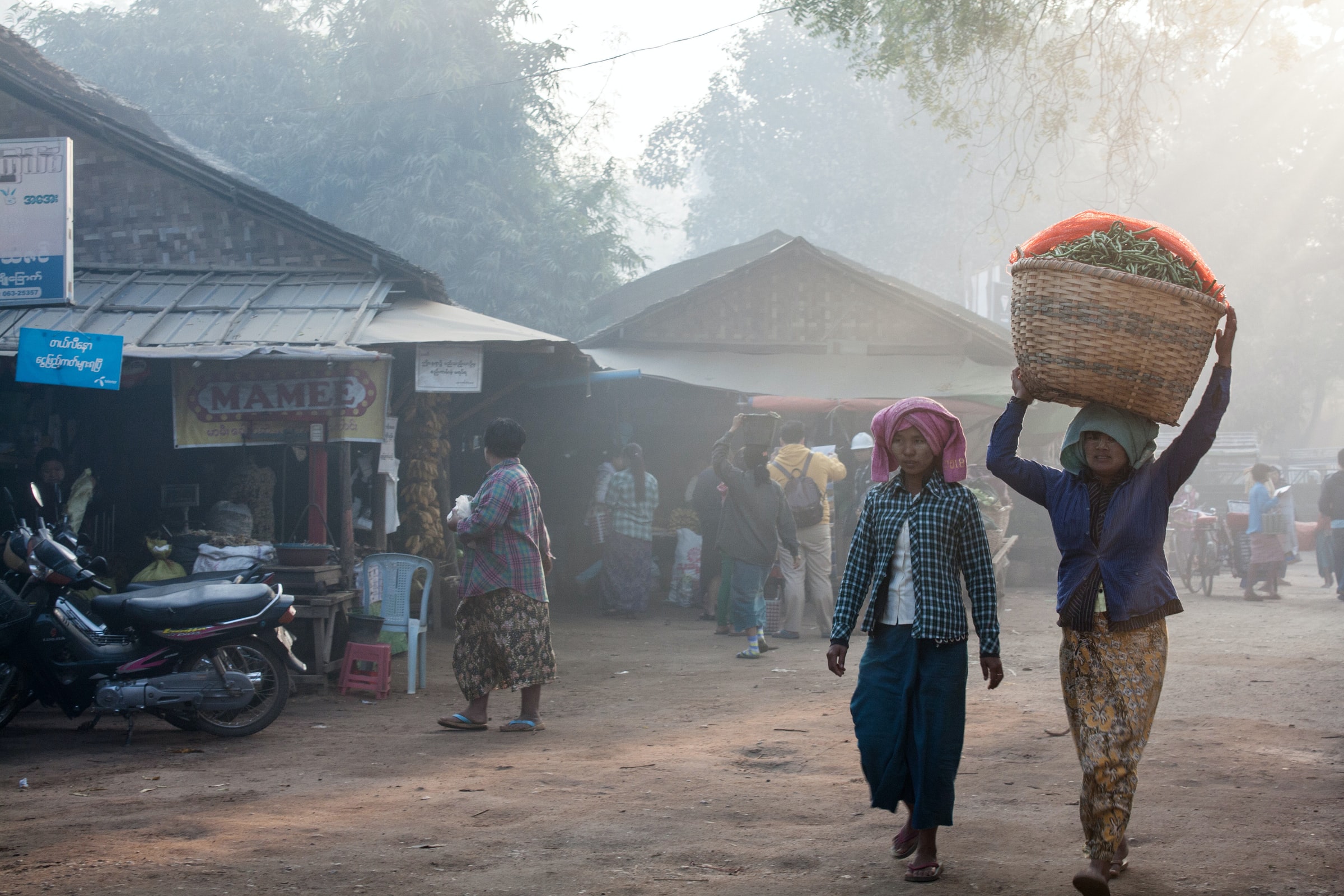 Bad Behavior has blocked 843 access attempts in the last 7 days.