Robert Eaglestone on affect memory and the Second World War

Nostalgia for the time of the Second World War has saturated political life in England. But this is not simply a sickness (an –algia) for a desire to return home (nostos, in Greek), or to a comforting past. This is a cruel nostalgia, which brings real and future damage.

Aristotle in his book Rhetoric says that politicians appeal to us through reason (logos), feeling (pathos), and to the sorts of people we take ourselves to be (ethos). This isn’t out of date: in their substantial account Brexit: Why Britain Voted to Leave the European Union, the political scientists and statisticians Harold Chalk, Matthew Goodwin, and Paul Whitely argue that a ‘braiding’ of ‘cost-benefit calculations, feelings of attachment to the wider community and cues from political leaders’ shaped the outcome of the referendum. Statistics can tell us a lot about calculation (logos) but less about pathos and ethos. In part because this information is hard to gather; for example, pollsters want to put complex feelings into one word responses (‘describe your feeling about EU membership’—uneasy, confident, proud). And in part it’s because pathos and ethos are central to the longer, complex, and often half-submerged narratives we tell ourselves.

‘Affect theory’ is the name of the growing interdisciplinary field that focuses on precisely pathos and ethos. Affects are not simply ‘emotion’: the great Welsh critic Raymond Williams wrote of ‘structures of feeling’ beyond the simple material of everyday life, which gets some of the sense. The historian Gabriel Winant explains that affects are ‘the way social life makes itself felt, leaving deposits in individual people, which we then process into our own emotions’. ‘I feel terrible’ is an emotion, he says, but ‘this makes me feel terrible’ is affect. Affect theorists talk a lot about ‘in-betweenness’: affects are both inside us and in-between us and others. Chalk, Goodwin, and Whitey illuminate this in-between aspect beautifully when they write that ‘attitudes towards immigration’ and ‘feelings of national identity’ were ‘baked in’ long before the Brexit referendum campaign. An affect is both ‘ours’, owned by us, and also baked into us from outside (by the baker presumably…), made in the interaction of dough and oven.

Affects are crucial for the political world, as Aristotle realized. Laurent Berlant, one of the most influential affect theorists, writes that our ‘binding to the political’ comes ‘neither by policy nor ideology but the affect of feeling political together’. But affects are not simply abstract: they are about something (just because they cannot be easily analysed in a survey doesn’t mean they are not there). Berlant’s most celebrated book, Cruel Optimism, argues that optimism is cruel when the pursuit of what you desire is, in fact, harming you. Yearning too much for somewhere over the rainbow means that you neglect your current state. In Berlant’s sights is the myth of the American dream, both political (whether ‘change gonna come’ or ‘make America great again’) and personal (‘get rich or die tryin’).

Don’t You Know There’s a War On?

During the Brexit referendum campaign, Leavers consistently referred to the War: Spitfires, White Cliffs, Churchill. Arron Banks, in The Bad Boys of Brexit, talks of his return to ‘Blighty’ as if he’d been at Dunkirk, not another skiing holiday. Andrew Mather’s short Brexit: Why We Won imagines wining the referendum and ‘bells ringing out over England on VE day, Victory over Europe, on pretty much the seventieth anniversary of an earlier VE day’. The Remainers drew on this too: attempts to ‘recapture’ Churchill or Gordon Brown’s video intervention, making a case for the EU as ‘winning the peace’.

Collective memory is a very powerful affect. Created on all scales from the personal (family stories, shared reminiscence) to the national (films, television, toys, computer games), it’s both outside us and within us. It’s evoked by cues (from a politician, for example), a piece of material culture (a Spitfire flying by), or something more ephemeral; a tune, say. Most of us don’t remember the impact of ‘We’ll Meet Again’ or the moan of an air-raid siren because we weren’t alive during the war, but we have the memory of the memory, which may move us profoundly. Affect memory does not ‘check’ evidence, has no rules, no form of argument, no need to be consistent or to build into a full, explanatory account. It is affect that leads to the phenomena of ‘memory wars’. And it is affect that prevents historians from ending them: arguments over affect memory do not follow the historians’ rule of engagement because they are less about facts and evidence and more about pathos and ethos. Similarly, it is no use simply ‘correcting’ an affect memory: Angus Calder’s The Myth of the Blitz argues that the ‘business as usual’ story concealed a disunited and fractious nation (more strikes, fear of robbery, looting, and so on), but this has not dented the myth.

Affect theory is not historical ‘myth-busting’. Instead it asks: what are the affects invoked, and why are they being used?

Most significantly, the war stands for a time of shared national anxiety in which the whole polity is in danger. It doesn’t stand for victory: the bodily fear evoked by the air is not a jaunty victory march. But this nostalgia becomes cruel when we analyse it. In Brexit, who has put the country in danger? Where are the invaders? The most aggressive Brexiteers suggested that the country was already utterly divided: other citizens—not the 17 million—were the enemy. The use of the memory of the war turns the country against itself, as we ‘wax hot in faction’.

The war stands too, for ‘bearing up’ to hard times and as a way of overcoming. ‘Keep calm and carry on’. Again, this is cruel: there was no war, the ‘hard times’ of ‘vassage’ to the EU was illusionary; and while the economic damage began before the pandemic, the worst is yet to come.

The affect memory of the war also stands for a common purpose: a sense of a national unity, deep comradeship across classes and, within the UK, national identities. Again this is cruel because it divides: is the act of recalling the War racist? The affect memory of the war is inchoate, not an argument but a shifting mood. It certainly has been cruelly used for racist arguments and ‘dog whistle’ politics, but the affect memory is also the source of counter-racist arguments (stressing, for example, the many hundreds of thousands of Imperial and Commonwealth troops who fought).

The affect memory the war carries with it, as Paul Gilroy suggests, is an ‘unimpeachable moral authority’, a certainty. He argues this covers up real issues over the post-war settlement, race, and migration. But, again, when we try to pin down what the feeling of certainty consists of, things are more diffuse. Certainty that the English oppose nationalists? Certainty that the English are nationalists? Certainty that ‘we’ know who ‘we’ are? In fact, paradoxically, this certainty protests too much and reveals, instead, a deep national insecurity.

Similarly, the war also carries an affect memory of a pride, a demand to recognize a shared past: the memory is for ‘us’ in the present to bind ‘us’. It’s right to be proud of heroism during the Second World War; it’s cruel and cowardly to use it to exclude and demean.

Each of these affects—shared national anxiety, ‘bearing up’ and common purpose, certainty and pride—has its own cruelty. And together this swirling mixture of pathos and ethos make it hard to focus on other kinds of arguments about Europe: arguments about the future (you can’t look forward if you’re always looking back); arguments that seek to move beyond the memory of the 1945 settlement.

When Will the War Be Over?

Two conclusions. First, listening to any veteran, or a civilian who, like my parents, recalls their childhood terror in an air raid shelter, it’s clear that the living memory of the war is complex, difficult, and traumatic. But the affect memory has transmuted this into a fixed and simplistic series of easy feelings. Paradoxically, the more the affect memory thrives, the clearer it is that the Second World War is over and has nearly passed out of living memory.

Second, and very much worse, this cruel nostalgia has clearly had an impact on the response to COVID-19. It’s clear in the rhetoric: the metaphor of the ‘front line’; ‘doing our bit’; the interweaving of VE day celebrations and the response, the non-social distanced street parties. Like generals always refighting their last war, this does not address the real and current impact of the pandemic. To praise the heroism of the NHS and supermarket workers, as if they were the sailors of the small boats to Dunkirk, is to evade addressing their material needs—for PPE, for support. Damage has occurred as cruel nostalgia misleads current policies. For example, the historian David Edgerton points out that the failed project to manufacture ventilators was wrapped in ‘allusions to the Second World War as if Spitfires had been conjured out of thin air in the heat generated by patriotic enthusiasm’: ‘fantasies about British scientific and inventive genius’ stem from the war and the ‘government has sought to address COVID-19 at least in part on this deluded basis’. The idea that the English ‘character’, conjured by films and childhood games of Dunkirk and D-Day, would somehow make the UK more immune to COVID-19 has proved to be the cruelest nostalgia of all.

This essay is based on ‘Cruel Nostalgia and the Memory of the Second World War’ by Robert Eaglestone, published in his edited volume Brexit and Literature: Critical and Cultural Responses (Routledge, 2018).

Robert Eaglestone is Professor of Contemporary Literature and Thought, Royal Holloway, University of London. His research focuses on contemporary fiction, literary theory, and European philosophy, and in Holocaust and Genocide studies. 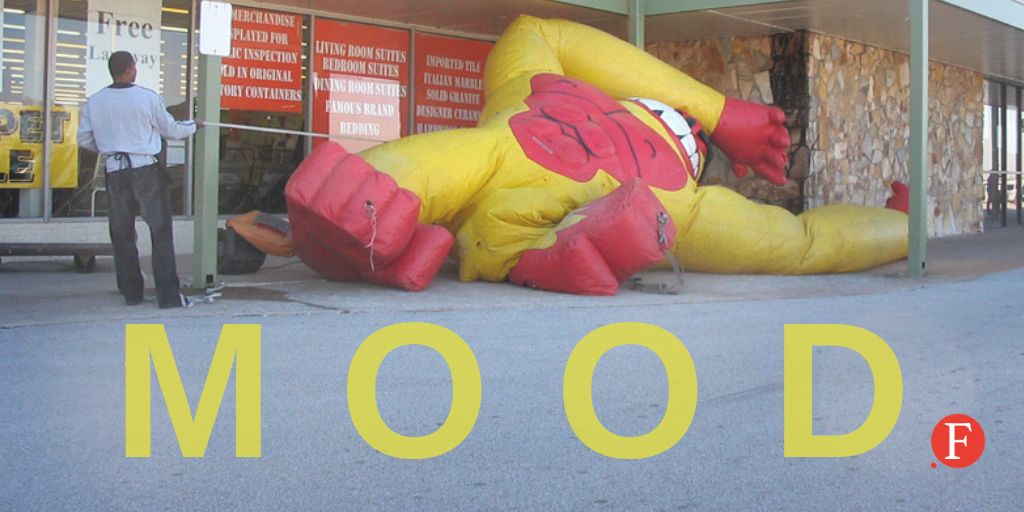 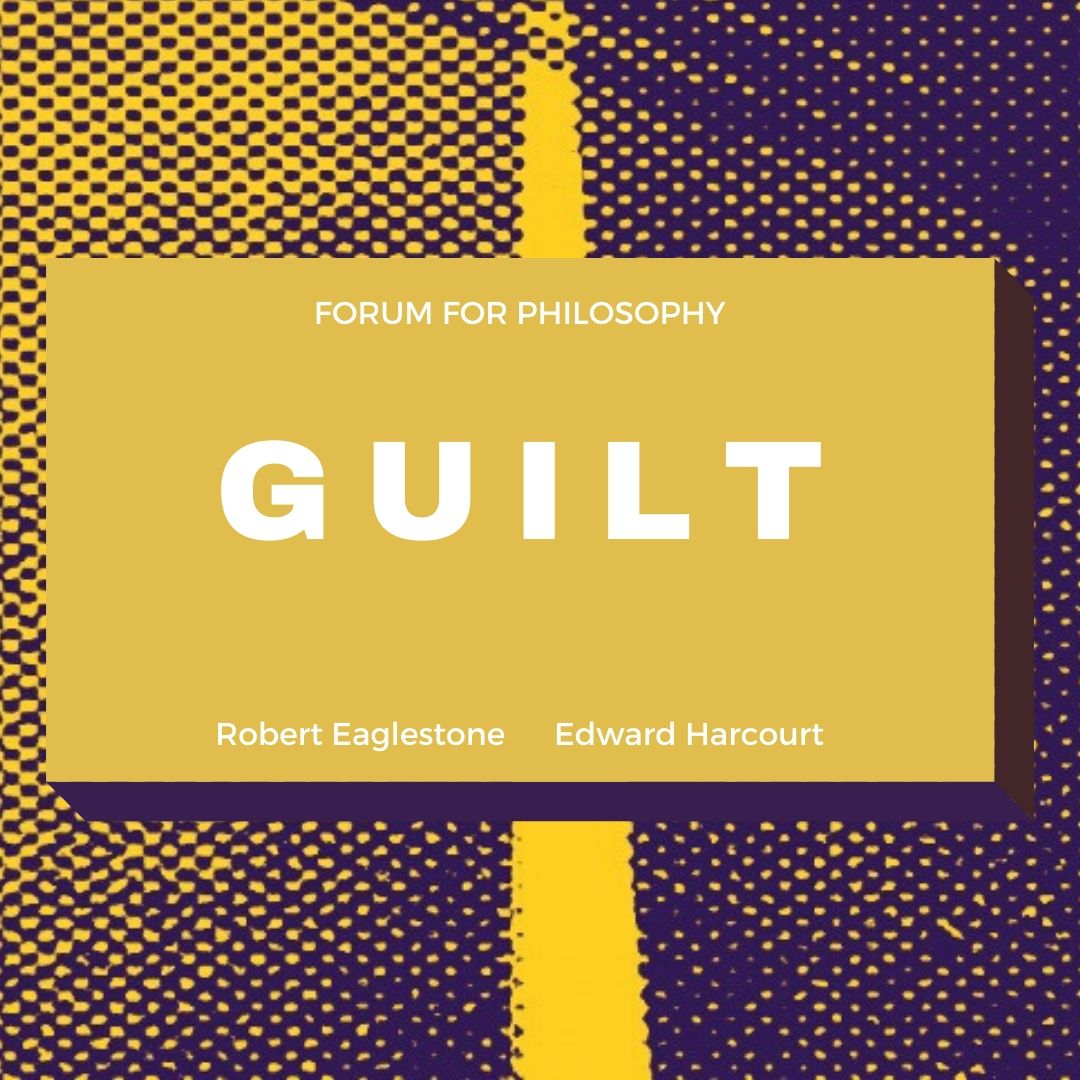