I am not convinced that such a ban would be a good idea.

Before those who know my unrelentingly pro-science, pro-rationality views swoon in shocked surprise let me say: First, I wholeheartedly endorse the view expressed by David Hume that ‘the rational man tailors his belief to the evidence’. Indeed I regard this general idea as a (practically important) statement of the ‘bleedin’ obvious’. Of course, medicine, just like any rational pursuit, should be based on evidence. Reasonable criticism of EBM (evidence-based medicine) is targeted not at the general idea, but at the overly narrow and mechanistic views of what ‘really counts’ as evidence that EBM has sometimes been taken to endorse.

Second, the theories underlying homeopathy are as far from evidence-based as it is possible to be. The first is the ‘like treats like’ theory: substances that in large amounts cause the symptoms of some condition C can ameliorate C when given in small amounts. Very small amounts (!), because the second theory holds that homeopathic substances become more potent the more they are diluted and ‘succussed’, i.e. vigorously shaken. Indeed, homeopathic substances are alleged to be at their most potent when diluted beyond Avogadro’s number, so that with overwhelming probability not a single molecule of the ‘active’ substance remains. Homeopaths suggest that the diluent may retain a ‘memory’ of the late, lamented ‘active’ substance. This suggestion might generously be described as fanciful—at least when judged from the standpoint of current science; and what other reasonable standpoint could there be?

So if the underlying theories of homeopathy are pseudoscientific and there is no ‘top quality’ evidence that homeopathic treatments are effective, what’s not to like about the proposed ban? Surely ineffective, pseudoscience-based ‘remedies’ should not be prescribed on the NHS?

Let’s think, however, about what’s involved in evidence being rated as ‘top quality’. The relevant evidence comes from clinical trials.  Such trials must, of course, involve a control group alongside the group of patients given the treatment under test.  The trial should then have further methodological virtues in order for the evidence obtained from it to count as ‘top quality’—virtues such as not being too small and ensuring that patients and investigators are kept ‘blind’ to group-allocation.

The control in trials of homeopathic ‘remedies’ is invariably a placebo treatment.  All that a homeopathic treatment has to do, then, to garner ‘top quality’ evidence is to outperform placebo in a well-performed trial—and that in effect surely means outperforming nothing!

But, although EBM-ers sometimes do equate giving a placebo with doing nothing, this is quite wrong:  the evidence from both clinical trials and now neurological studies leaves the existence of placebo effects in no doubt. (Anyone still inclined to question this should consult Fabrizio Benedetti’s magisterial Placebo Effects.) Of course the effect’s range should not be overstated: it will not treat lung cancer or ischemic heart disease. However, there is an evidence-based positive placebo effect on such conditions as mild depression, IBS (irritable bowel syndrome), and on pain. And it is for the treatment of these sorts of conditions that homeopathic treatments are generally trialled. ‘No evidence of the effectiveness’ of a treatment should not then be taken literally; it really means ‘no evidence of greater effectiveness than an (acknowledged) placebo’, and this is compatible with the treatment’s being effective at any rate for a range of conditions.

Moreover—the twist in the tale—there is good evidence that a placebo-treatment in general has a greater effect if the person receiving it believes it not to be a placebo.  There are clinical trials that support this, but the most impressive evidence for the role of expectations in outcomes comes from Benedetti’s ‘closed/open’ studies. In the simplest scenario, a group of patients suffering, for example, from post-operative pain is divided into two: both groups receive exactly the same intravenous analgesic in exactly the same amount, but the members of one (‘closed’) group are not told when they are being given the analgesic (the morphine is delivered via an intravenous line at times of which the patients are unaware), while the members of the other (‘open’) group are given the morphine via injection by a doctor. Pain relief is significantly greater in the latter group.  (The best evidence for the placebo effect comes from investigations in which no placebo is involved!)

It seems quite likely that most of those prescribed homeopathy on the NHS are somewhat inclined to think it effective and that this belief will be bolstered by its being prescribed for them by a figure with authority. Hence the homeopathic substance may prove more effective (again, for limited ranges of conditions and of patients) if prescribed by an NHS doctor, rather than by a homeopath. Moreover, the NHS doctor will be more likely than the homeopath to rule out a more serious underlying pathology before treating the ‘non-specific pain’ or IBS. It seems that the vast majority of homeopathic prescriptions under the current NHS arrangements are for mild depression, IBS, non-specific pain, and the like. Given that there is no ‘active’ treatment that is unambiguously better for these complaints than a homeopathic placebo, the proposed ban would stop physicians from prescribing a treatment that they have good evidence to hold is effective. And of course homeopathic treatments are cheap and unlikely to have adverse side-effects!

The proposed ban seems initially like a ‘no-brainer’ but maybe, when thought through, its rationale is not so clear-cut.

This post originally appeared on the LSE Philosophy blog

This essay is based on the article ‘Evidence: Philosophy of Science Meets Medicine‘ by John Worrall, published in the Journal of Evaluation in Clinical Practice.

John Worrall is a Professor in the Department of Philosophy, Logic and Scientific Method at LSE. As well as evidence-based medicine, he specializes in the philosophical issues raised by major theory-change in science and is especially known for his work on structural realism. 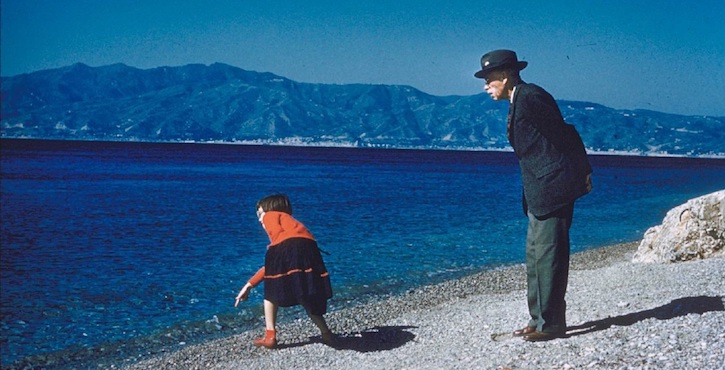