Recent months have seen the beginning of negotiations between the US and the European Union towards a Transatlantic Trade and Investment Partnership. Michelle Egan writes that ‘comprehensive’ trade deals, such as this one, are easy to pursue or target, but are incredibly difficult to achieve. She also argues that including the US’ neighbors, Canada and Mexico, already linked through NAFTA, would reap significant economic benefits, as well as deepening regional integration in North America.

With the start of negotiations between the US and EU towards an ambitious trade and investment partnership (TTIP) in June 2013, the idea of a transatlantic market has again appeared on the policy agenda. Unlike the New Transatlantic Agenda more than twenty years ago, substantial media and think-tank scrutiny are now focusing on this particular Free Trade Agreement (FTA), in marked contrast to other significant trans-regional FTAs. For years a trade agreement between the United States and Europe has proven elusive, as their different regulatory policies have been the target of on-going trade disputes, resulting in the US and EU being the most prolific initiators of complaints in the WTO. However, with no major trade escalations and the settlement of some prominent disputes, the political impetus to pursue negotiations is now tied to changing geopolitical and economic conditions. The competitive dynamics of China’s spearheading of a larger alternative Asian-Pacific trade agreement, the Regional Comprehensive Economic Partnership (RCEP), the need for sustainable growth to exit the euro crisis, and the negotiation of regional trade agreements as alternative mechanisms for producing deeper liberalization and rule-making leadership has led the US and EU to embrace what some have called “a gold standard” trade agenda as a means of disseminating new trade and investment rules for global governance.

The history of recent trade talks have proved to be what Obama has referred to as a “hard slog”. With three years of negotiations on the Trans-Pacific Partnership, on-going EU-Canada and EU-Japan negotiations, as well as other cross-regional efforts by the US and EU to intensify their trade and investment relationships with India and Brazil, the trade agenda has shifted towards deep regionalism covering non-tariff measures and regulatory barriers. Given the lack of progress in the Doha Round during the 2000s, trade agreements have focused on negotiating modalities in public procurement, foreign direct investment, service liberalization, market access and trade facilitation rules. Yet the prospects for reaching a comprehensive deal are riddled with difficulties over sensitive sectors, as well as domestic political timetables with Congressional mid-term elections in 2014, and the US Trade Representative undertaking of trade negotiations without securing Trade Promotion Authority (TPA) to secure the ease of Congressional ratification.

A great deal is at stake for making progress towards an end-game for the TTIP. Though the negotiations are at an early stage, it is important to underscore that even within the US and EU there are different views on intellectual property including data flows, copyright protection, buy America restrictions, inclusion of sub-federal entities and financial services in the negotiations. Whether there will be minimal exclusions to appease domestic constituencies, and how this will affect the ambition and acceptance of the agreement remains to be seen.

But ignored in these discussions are the substantial concerns about American trade policy among its North American neighbors. Canada and Mexico’s interesting in joining the TTIP reflects their desire to avoid being sidelined from the emerging trade architecture in the Asia-Pacific region.  The TTIP again raises the specter of exclusion as any transatlantic agreement generates significant implications for their own domestic economies as the incorporation of investment, intellectual property, data privacy and other market access issues impacts their trade and investment regimes given the integration of North American markets over the past two decades under NAFTA. The Bertelsmann Foundation illustrates the trade diversion effects of TTIP will impact Canada and Mexico with potential per capita income declines of 7.2 percent in Mexico and 9.5 percent in Canada.

From the point of view of the Canadian and Mexican governments, joining TTIP offers a number of advantages. First of all, they would be joining an agreement with the potential for high degrees of liberalization and one that was compatible with on-going efforts to address regulatory barriers in their own North American market. Second, instead of proceeding through bilateral liberalization, which has been the strategy of US-Canada and US-Mexico on regulatory issues, it could compel the three North American countries to reach a tipping point and deepen their own integration efforts. Third, the accession of Canada and Mexico to the deal would offer the possibility of a genuine transatlantic market that delivers significant economic benefits in terms of rules of origin and tariffs among the North American neighbors, and improved regulatory coordination and harmonization. In looking to promote growth, the US should not ignore its North American neighbors, Mexico and Canada given the large volume of trade and investment ties and integrated supply chains. Undoubtedly the Obama Administration is pursuing both an Atlantic and Asia pivot in terms of trade policy. To foster deep integration, the US is seeking to achieve high levels of economic liberalization through addressing specific sectorial issues as well as cross-cutting issues of market access, competitiveness, state owned enterprises, and rules of origin.

While the US government negotiates ambitious cross-regional trade agreements, it is ignoring the advantages in its own backyard. The United States, Canada and Mexico would all greatly benefit from stronger regional integration. In 2011, 48 percent of North America’s merchandise exports went to the three NAFTA partners, and Mexico and Canada are the largest source of energy imports to the US.  For Europeans, a continental wide market has been the goal for six decades but there lacks a similar vision in the US. All three countries would need to coordinate their different trade agreements which will not be easy in the current political climate. Both Canada and Mexico have an extensive network of FTAs, and the development of common standards and regulations in any TTIP agreement will impact Mexican and Canadian industries. Both have expressed concern to US officials about being excluded from forthcoming discussions. But the fact that Obama has promoted the inclusion of Canada and Mexico in TTIP fulfills a commitment to NAFTA partners, but does not necessarily provide leverage as different views are emerging between the three on labor market provisions, generic drugs, market access and rules of origin.

While Canada has shown little interest in deepening North American integration, Mexico, the weakest of the three partners, has taken bold steps in proposing ways to deepen the relationship – as a means to overcome the dysfunctional and diminished bilateral relationships that have emerged. Rather than responding with a coherent vision, as the dynamism for regionalism shifted to Asia, the goals of North American integration have laid dormant. Despite the opportunity for a free trade area in its own backyard, with the potential for a barrier free market, customs union, and regulatory harmonization, the US has “pivoted” towards Europe and Asia. Now more than twenty years old, the original free trade agreement has stagnated, somewhat tarnished in comparison to current twenty-first century trade negotiations. But NAFTA was the pinnacle of US fears, mobilizing significant opposition, so there is little appetite for reviving old ghosts. It was never seen in the same way as the European single market and its model of regional economic integration, as it did not build credible institutions to deepen integration, and experienced long standing problems of compliance.  But Canada and Mexico are critical markets for U.S. exports and energy imports.  A bolder, long-term and more ambitious approach would be one that forges a transatlantic market in the true sense between North America and Europe. 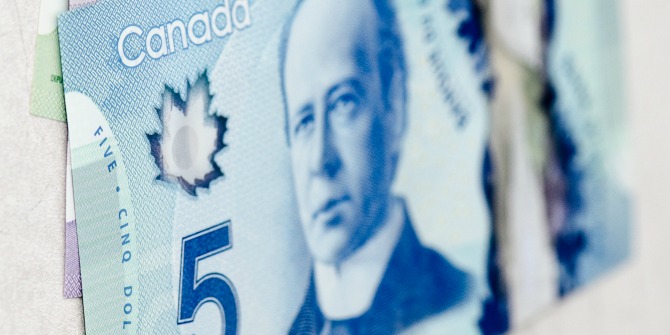 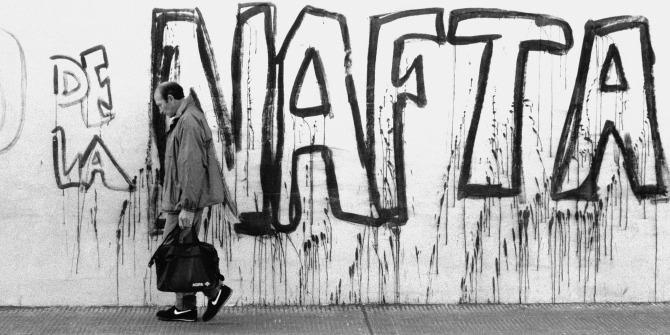 For President Trump, tearing up trade agreements may be easier said than done.