In times of recession, a population that is worried and uninformed on economic matters may help to prolong the financial misery.

In 2008, financial speculation on over-valued US housing stock was rife. When investors awoke to the extent of the debt, Lehman Brothers went bankrupt, credit evaporated and world economies began to shrink. The global financial crisis had begun.  Richard Stephens examines the psychological effects of such bad news, and argues that the more people are worried about the economy, the less they spend, thus prolonging the recession. He suggests that part of the solution may be to encourage a citizenry that is better informed on economic matters and knowledgeable of their place in the recession economy.

The economic crisis clearly was bad news, not least psychologically. Studies have found evidence for increases in stress, suicide and drug taking in times of recession. One team of investigators in Texas even found that a recession can make you racist. They asked young white adults to view a slideshow featuring either prosperous times, with busy, clean offices and smartly attired staff, or economic recession, with pictures of run-down offices, empty desks and scruffier staff. Then they were asked to make racial judgements of “black” or “white” with respect to a series of photographs of bi-racial men and women. Ratings of “black” increased by 19 percent following the recession slideshow. It seems that in times of scarcity, people adopt a “less to go round” mentality, and become reluctant to accept others into their own social circle. 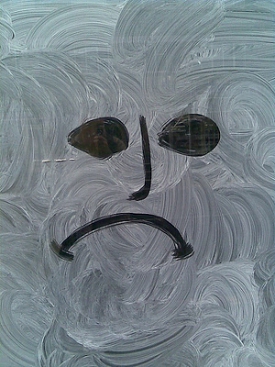 In a way, this isn’t surprising. We rely on the economy to deliver the basic elements for sustaining life: food, water and shelter. The days of self-sufficient communities creating the resources they consume are long gone. Put more starkly, if the economy went under then so would we. No wonder an unstable economy affects our judgement.

But recession psychology goes further. The global financial system is a human creation, and while its outputs influence us, it is true also that inputs from people can influence the economy. For instance, if everybody spent less money, then the demand for goods and services would decrease, in turn leading to lower production and a spiral of economic contraction. An intriguing question arises as to whether concern over economic recession influences consumer spending.

To provide an answer, psychologists interviewed 2,000 Texas residents in the aftermath of the 2008 crash. They found that the more people were worried about the economy, the more they opted to save rather than spend, and the longer they postponed major purchases like cars, furniture and holidays. But, interestingly, while worrying about the economy predicted financial prudence, knowledge about the economy did not. It seems that knowing and understanding the recession economy and one’s place within it empowers people to capitalise should items become available more cheaply than usual. After all, there are some real bargains to be found in the buyers’ market of a recession. For instance, in the UK, Comet electrical stores were offering discounts as high as 90 percent shortly before the company went under.

Ideally, then, in times of recession what is called for is a citizenship that is well-informed and knowledgeable on economic matters rather than one that is uninformed and worried. To that end, individuals are reliant on relevant and accurate economic reporting in the media. Unfortunately, emphasis on shifting copy and the “if it bleeds, it leads” media culture detract from the impartial and unbiased reporting that is required. Headlines proclaiming double-dips, triple-dips, downturns, shrinkage, low-interest, unemployment, bailouts and the rest were all too familiar. Could it be that sections of the media were contributing to delayed economic recovery due to their excessive negative reporting?

Unfortunately, links between media reporting of the recession and individual economic activity have not been researched so we cannot be sure. But the media can influence other spheres of human behaviour. The Sun newspaper in the UK famously switched allegiance from Conservative to Labour in the run-up to the 1997 general election. One Oxford University study compared Sun readers’ actual votes in 1997 with how they reported intending to vote a year earlier. Unlike the staunchly Conservative (Mail, Express, Telegraph) or Labour (Mirror, Guardian) newspapers whose readers’ traditional affiliations solidified over the year, Sun readers’ votes swung with fewer voting Conservative and more voting Labour than had intended to a year earlier. Media reporting certainly can influence readers’ behaviour.

Interestingly, the size of economic shrinkage that defines a recession is actually quite small in everyday terms. For example, in 2012, the entire EU economy shrank by 0.3 percent. To contextualise, if the price of a £1.99 cup of coffee were shrunk by 0.3 percent it would still cost £1.98, an almost unnoticeable change. The influence of psychology need not be that great to have a telling influence on the continuing recession.

I’m not arguing that psychology caused the post 2008 global financial crisis (although one might speculate on the psychology of risk-taking in investment banking). But there are good arguments – and research findings – indicating that the continuance of the recession might well be psychological. The economist Keynes attributed the great depression of the 1930s to a “bad attack of economic pessimism”. Taking steps to increase consumer confidence could be the solution to the current economic crisis.