The continued traction of Kennedy assassination theories shows that our predispositions towards believing in conspiracies are as strong as ever.

Friday marks the 50th anniversary of the assassination of President John F. Kennedy in Dallas, Texas. While nearly five decades have passed since the event, conspiracy theories still abound as to who was behind the killing. Joseph Uscinski and Joseph Parent argue that Kennedy assassination theories have been among the most durable because of the enormous coverage and discussions that have surrounded them since 1963, and the deference that they receive in the mainstream media. They write that as long as people are socialized to be more predisposed to see conspiracies, conspiratorial beliefs will remain with us.

As we approach the fiftieth anniversary of the Kennedy assassination, a new round of speculation regarding that tragic event has surfaced. Was Kennedy killed by a conspiracy? Who may have orchestrated it, and who has continued the cover-up for fifty years? Half a century later the debate rages on with little chance of abating anytime soon.

Public opinion polls suggest that around 60 to 80 percent of Americans have at times believed in one form of Kennedy assassination theory or another. To put this in perspective, the more recent Birther and Truther theories (that president Obama was born in Kenya, and that President Bush blew up the Twin Towers, respectively) each garner support from around 25-30 percent of Americans. Why do so many people believe that JFK was killed by a conspiracy? There are two good reasons for this. 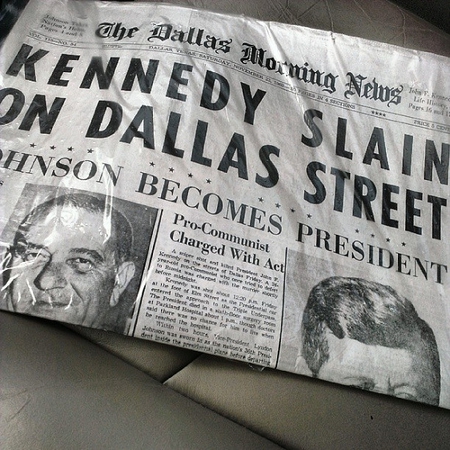 First, there is a dizzying array of Kennedy assassination theories (just turning on the TV during the last few weeks attests to this.) Different theories implicate different villains and schemes, so if you are a fan of President Lyndon Johnson and don’t want to impugn his legacy with an assassination plot, don’t worry, you can just accuse Castro, the Soviets, defense contractors, defrocked pedophile priests or any number of people of killing the 35th president.

Second, there have been thousands of television shows, books, movies, and news articles discussing the various conspiracy theories and the evidence in favor of them. While most conspiracy theories are derided in mainstream media, Kennedy assassination theories largely receive deference. While the incessant coverage and discussion is not in itself evidence that anyone other than Lee Harvey Oswald was involved, this information environment would lead a reasonable person to conclude that a conspiracy may have been the cause of Kennedy’s demise.

For these two reasons, Kennedy assassination theories have been more widespread and durable than most other conspiracy theories. But, why do people believe in conspiracy theories at all? Conspiratorial beliefs, much like other beliefs, stem from predispositions which likely stem from socialization. Some people will be socialized to see conspiracies lurking around every corner; other people will not be socialized (and therefore inclined) to believe conspiratorial explanations of events and circumstances. The important point here is that beliefs in conspiracy theories are generally not driven by dispassionate reasoning or the thoughtful accumulation of evidence. Instead, they are driven by underlying predispositions.

The power of predispositions is not unique to conspiratorial beliefs; most political beliefs are driven by underlying predispositions. It is not hard to predict vote choice and issue positions once we know a person’s underlying partisan affinity.  In these cases, it is not fact that one candidate is better than another, nor is it fact that one issue position is better than another. Such choices are made largely by one’s predispositions, often with little reliance on evidence. 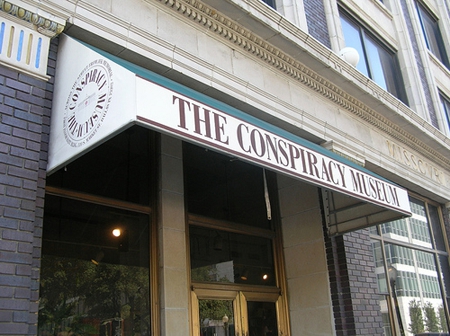 Because predispositions form the basis of our worldview, they are very hard to shake and stability is the norm. Most people don’t switch political parties in their lifetimes; most people don’t flip between radical leftism and right-wing zealotry.  For this reason, debates between partisans and ideologues can easily become rancorous. Predispositions are generally non-negotiable, and evidence, reason, and logic often do little to persuade someone away from their belief systems.

The same is true for conspiratorial beliefs: because they are driven very much by predispositions, the adjudication of truth between conspiracy theory proponents and opponents is just as acrimonious as other political debates. In fact, evidence suggests that these debates may be even worse. All political debates suffer from the problem of interpretation. Solid evidence to one person may be inconsequential to another. This is further exacerbated by conspiracy theories because disconfirming evidence and a lack of confirming evidence are written into the theory. If evil powerful people are operating in secret, we would expect them to cover their tracks or throw a few red herrings our way.

It would benefit our public debate if people realized that their ideas are fallible. Those who deny a conspiracy theory should expect that new evidence may come to light showing that the alleged conspiracy in fact took place. Jack Welch was derided in 2012 for alleging that the Obama Administration altered the Bureau of Labor Statistics unemployment data to make itself look better going into the election. New evidence suggests there is something to the accusation.  And, conspiracy theorists should be more willing to lay down their theories when evidence fails to materialize after sufficient time has passed. After fifty years and little authoritative evidence, should so many continue to cling to JFK theories? As we move beyond November 22, 2013, the media focus will return to other more recent conspiracy theories. Our hope is that we can move past our predispositions and discuss them more civilly.