In the aftermath of the Senate’s “nuclear option,” efforts should be made to reform, rather than eliminate the filibuster

Since Senate Majority Leader Harry Reid used the so-called “nuclear option” to essentially end the filibuster on most presidential nominations on Thursday, there has been considerable speculation over the future of the filibuster on legislation. Joshua Huder argues that the filibuster, when used correctly, can foster bipartisanship and calls for it to be reformed rather than eliminated. He goes on to give specific recommendations on how to adjust the filibuster so it can once again incentivize the parties to work together.

Last week, Senate Majority Leader Harry Reid used what was termed the “nuclear option,” to limit the filibuster on most presidential appointees. While the label is clear hyperbole, this was the most significant change to Senate process since 1975. Democrats pulled this off through innovative reading of Senate rules and precedents. Strictly speaking, this was not a rules change, but a change in Senate precedents. That is a wonky distinction, but it is an important one.

In the aftermath of the nuclear option, many have turned to potential unintended consequences. The change to the filibuster only addresses judicial and executive nominations. In other words, legislative filibusters remain intact. However, after yesterday’s events several Republicans hinted that those may be endangered as well. If Reid can change “rules” through majority vote, what’s stopping the next majority from doing the same for legislative filibusters?

The answer is not yet clear. As Gregory Koger points out, it is not entirely unreasonable to imagine another rules change by a majority. On the other hand, it is not clear that members would want to do that. Regardless if a senator is in the majority or minority, the filibuster gives them, as an individual senator, significant leverage. Senators use the threat of filibuster to get their bills to the floor and to secure amendments, among other purposes. This is just as true for senators of the majority as senators in the minority. Creating a majority Senate inherently reduces their individual influence. So, irrespective of party, there are several incentives to keep the filibuster around, especially on legislative matters. 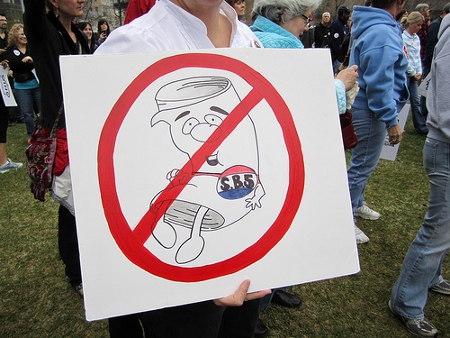 However, the above debate should take a secondary role to the more important question of whether they should eliminate the filibuster. The Senate remains the chamber of moderation. In a time when polarized parties increasingly define American politics, the Senate still accomplishes bipartisan compromises to pass major legislation. The 60-vote Senate is, and has been, fundamental to bipartisanship. It forces senators to gravitate toward the political middle. Filibusters may have been a historical accident, but they often develop common ground, even in eras where little exists.

The problem lies in the filibuster’s development in recent decades. The moderating procedural tool has become weaponized. Filibusters increased exponentially over the past two decades. More cloture motions have been filed since 2009 than the previous 65 years combined. The filibuster has transformed from infrequent obstruction to intransigence. So, the question is not if the filibuster should be reformed, it is how.

Establishing a majority requirement to confirm judicial and executive nominations was one step. It is an improvement but only a modest one. Before the turn of this century senators granted presidents a reasonable level of discretion to fill government vacancies and fulfill his constitutional mandate to appoint judges. As that discretion dissipated, reform was increasingly likely, not to mention necessary.

That said, the trajectory of last week’s reform is concerning. The nuclear option is a significant step toward a majoritarian Senate. While the filibuster is the product of historical accident with no moorings in the Constitution, it is arguably more in line with the Framers’ intent than an efficient, majoritarian upper body. As citizens in the 21st century, there are many things about which we should disagree with the Framers. This is not one of them. The Senate was meant deliberate at a slower, less frantic pace. By pushing the Senate closer to a majority body, we risk undermining the position of an important cog in the separation of powers. Contrary to what many believe, the current path has a greater potential to exacerbate gridlock and undermine compromise than it does to bring efficiency to the American system. In other words, calling for the filibuster’s abolition is not a productive solution. Eliminating the most effective bipartisan procedural device is not a good solution to alleviate polarization.

The problem with the filibuster is frequency, not effect. For the most part, the filibuster still fosters bipartisanship. We have seen this play out on everything from Hurricane Sandy Relief, to the Violence Against Women Act, to the comprehensive immigration reform passed earlier this year. So, while filibuster reform is necessary, eliminating it altogether is a step too far. 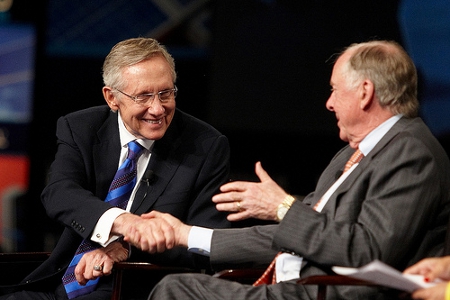 Rather than abolish unlimited debate entirely, reformers should focus on increasing its political costs. Over the last four decades the costs associated with filibustering have dropped and the incentives have increased. We need reform efforts that seek to bring these two back into balance.

There are several ways to do this. For example, requiring senators to attain 40 votes to sustain a filibuster would place debate costs more squarely on the minority rather than the current system, which puts the impetus on the majority to cut off debate. Additionally, eliminating the dual track system, established in 1972, would prevent the Senate from considering other legislation while a filibuster was under way. Today, with little fear that they may stop all activity in the chamber, senators can filibuster a bill without the political costs associated with grinding the institution to a halt. This was one of a few reasons the filibuster is more frequent now than prior to 1972. The point is that the Senate does not have to go nuclear to work.

The American system badly needs institutions like the filibuster. Bipartisan compromise is sometimes considered the worst ideas from both sides inefficiently crammed together. But in the American system, it is the only reasonable means to effectively govern. The filibuster is one of the few remaining incentives for the parties to find common ground. Unfortunately, today it is both broken and abused. However, there are reasonable ways to salvage the filibuster and champion one of the few bipartisan institutions in our polarized politics.