For much of the world, the idea and ideal of America is represented by its largest cities, New York and Los Angeles. But what does the future hold for these world cities? New York and Los Angeles: The Uncertain Future brings together the views of sociologists on some possible future paths for both cities, and others across the U.S. Nathan Bullock writes that while the book could have been improved with the addition of more qualitative and ethnographic methods, it nonetheless is a timely work that will be a useful reference for those who are interested in American urbanism. New York and Los Angeles: The Uncertain Future. Edited by David Halle and Andrew A. Beveridge. Oxford University Press. May 2013.

A comparative study of the two largest cities in America, New York and Los Angeles: The Uncertain Future is co-edited by sociologists David Halle of UCLA and Andrew Beveridge of Queens College and CUNY.  This book is in many ways a follow up to a previous collection edited by Halle entitled New York and Los Angeles: Politics, Society, and Culture – a Comparative View, published ten years ago. This edition spends less time looking at the plaguing issues of past and looks instead to the undefined future including the fields of urban planning and architecture.

Urban studies is by nature an interdisciplinary field that requires multiple approaches and scholarly backgrounds especially when doing a comparative study. Halle and Beveridge call for a rethinking of policy given the hugely uncertain future of these two metropolises. The contributors in the book’s 19 chapters, however, are overwhelmingly sociologists. For a well-rounded perspective, a more inclusive group of geographers, theorists, and designers would add to the intellectual diversity needed to solve the problems facing America’s urban future. Further, many chapters are light on policy prescriptions.

Unlike the title’s indication, the essays do not solely compare New York City with Los Angeles. Despite being the two largest urban forms in the United States, the various social, political, and cultural descriptions often show that New York and Los Angeles are more dissimilar and authors call on other cities for more appropriate comparison. The major differences in municipal political structures explored in Chapter 5 “New York City and Los Angeles: Government and Political Influence” suggest that New York’s consolidation of power in a strong mayor may make it more similar to its East Coast neighbors. The institutional comparisons in Table 5.4 (pg. 145) show that “in Los Angeles, by contrast, nonpartisan reformers who feared the immigrant-based political machines of the older Eastern cities, structured Los Angeles city government in ways designed to make it more professional and less responsive to political entanglements” (146-7).

When describing mayoral elections, this section’s authors John Mollenkopf and Raphael Sonenshen’s reliance on sweeping generalizations of identity politics is troubling. On describing the influence of the Jewish population in LA’s 2013 election, “One of the leading mayoral candidates…has a Jewish mother; another… converted to Judaism; and a third is married to a Jewish community activist” (141). They similarly wonder what will come of New York “with no obvious white conservative reformer to succeed Mayor Bloomberg” (152). Based on these superficial qualities, their conclusion that “the political futures of New York and Los Angeles will both be far more open to political redefinition in the 2013 elections than they have been for decades” is proved true in that Los Angeles now has a mayor who is Jewish and New York has a mayor who is neither Jewish nor conservative.

Still, there is a variety of opinions and reflexivity. In Chapter 10 “How New York and Los Angeles Housing Policies are Different – and Maybe Why” Ingrid Gould Ellen and Brendan O’Flaherty admit as they indicate in the title “we cannot answer these questions definitively. But we can offer some alternative explanations” (287). Those explanations include greater need for investment, a population more inclined to redistribution, and distinct goals of housing policies. They persuasively argue that the first two explanations are not causally different; the final category is significantly different because of what they call the “inter-household externality” and “production externality” stories (301-2). They show that New York City’s investments and management of public housing really have no comparison in the United States. Perhaps we should be comparing New York to Toronto, here? 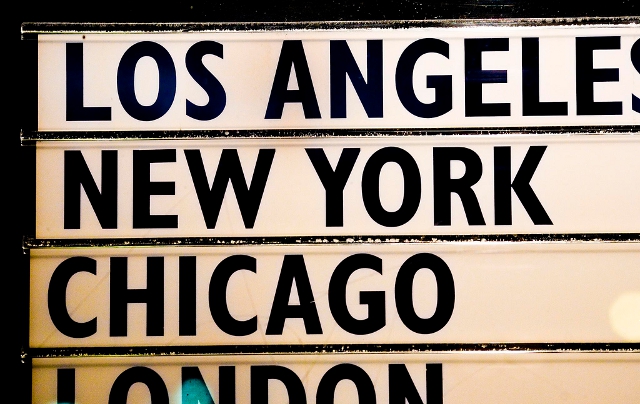 Sections that deal primarily with race and ethnicity – Chapters 11-13 – would be improved with more qualitative, ethnographic methods and data so as not to miss the key spatial element of migration and identification within changing cultural urban geographies. Chapter 13 “The Transformation of Chinese American Communities: New York vs. Los Angeles” is easy and enjoyable to read and provides a very succinct history of Flushing, Sunset Park, and San Gabriel Valley’s metamorphosis into Chinese enclaves. It is not clear however what the relevant implications are or why it might not be more appropriate to look at similar communities in the San Francisco Bay area. The only decisive conclusion is “a reconceptualization of neighborhood change and residential mobility is much needed” (381). We will have to look elsewhere to find it.

Chapter 14 “Planning Los Angeles: The Changing Politics of Neighborhood and Downtown Development” on the other hand, does not attempt to be comparative but rather provides extremely enlightening case studies through a team of sociologists and political scientists.

Overall, this book will no doubt be a useful reference in urban studies for those who focus on American urbanism. Its greatest strength is its timeliness in making use of the latest census data and providing insights and analysis that will be useful across disciplines. The multiple maps, charts, and graphs would have done well to be in colour but studious researchers will nonetheless turn to these pages for concise discussions of each of the six main topics. Unfortunately it does not seem as likely to tempt politicians and policymakers but at least should stimulate further research on the two cities and their metropolitan regions. It will be no small feat if those who find this collection useful to their studies decide to make a difference to the uncertain future of New York and Los Angeles by becoming city council members or mayors themselves.

Nathan Bullock – LSE Urban Studies
Nathan Bullock is a researcher of space, place, and identity with a focus on the topic of citizenship in urban geographies. He spent a year in Singapore on a Fulbright Fellowship and is now continuing his research in the MSc Human Geography and Urban Studies program at the LSE. Read more reviews by Nathan.