Judges are supposed to rule solely based on their interpretation of the law rather than the desires of the public. However, many judges are elected to their positions and must endure re-election campaigns. Using data from 1980-2006, Brandice Canes-Wrone examines how the rise of policy oriented judicial campaigns have affected judges’ opinions on the death penalty. She concludes that when faced with elections, judges respond like elected officials, changing their opinions based on majority support.

Historically, judicial elections attracted little to no media attention or voter interest. And, for progressive reformers, this was a good thing. A lack of attention meant that voters might remain unbiased, choosing judges purely on merit. However, the rise of “new-style” campaigns—a  strategy used by interest groups to lobby for or against particular judicial decisions—changed all of that in the 1970s.

Since their introduction, new-style campaigns have encompassed a broad range of hot-button issues from abortion to crime, and their impact has changed politics. For some voters, a television advertisement attacking a judge’s stance on the death penalty might be the only information they receive before voting, so their influence is quite powerful. 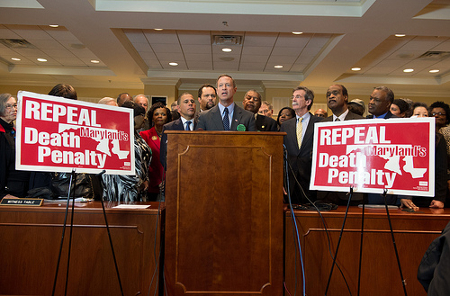 One of the first examples of the effects of new-style campaigns was seen in 1986 when three California Supreme Court justices were defeated in a statewide election after being targeted by an interest group for their death penalty votes. The defeats signified much more than a loss; they brought about a new, politicized era of judicial elections. Since their emergence, other scholars and I have wondered: Do these campaign strategies provoke judges into behaving like elected officials, catering to the public opinion? We find little work that investigates this subject.

With the help of Tom Clark from Emory University and Jason P. Kelly from Virginia Tech, I decided to study new-style campaign effects by evaluating one of the hot-button topics – death penalty decisions. Using a unique dataset, we found that, contrary to conventional wisdom, judges are more likely to uphold capital sentencing in nonpartisan judicial systems. As we predicted, partisan judges respond similarly to the majority sentiment, especially in areas where information is limited. And these public pressures seem to emerge only after the influence of new-style campaigning.

For our study we constructed the largest dataset of its kind. Spanning 27 years, this compilation contains 12,000 votes from more than 2,000 cases. We covered 1980 through 2006, a choice that was deliberate and strategic. Studying this time frame gave us the ability to find out whether new-style campaigns are associated with changes in judges’ behaviors over time. This time frame also includes several states that “switched over” to a new judicial selection system. So, we were able to examine whether judges’ behaviors changed before and after a switch. Our dataset also gave us a means to study four types of selection systems across multiple states. It might be helpful to define them:

To begin, we identified every death sentence appealed to the state’s high court between 1980 and 2006. For states with more than 100 appeals, we drew 100 cases at random—to avoid skewing the data. For states that switched their judicial selection system during the 27-year period, we allowed for up to 100 cases before the switch and 100 after. These “switcher states” are important; they provide us with direct evidence of how a state – and even an individual judge – can transform as a result of a system change. You can see that a change in the system trickles down, right to the judge.

To test our hypothesis, we had to first get a grasp on the public opinion surrounding the death penalty. We used past research and built upon it, running the numbers until we got a true estimate. Notably, we found that no death penalty cases occur in a year when the majority of the state’s residents don’t support it. Also, capital punishment has decreased in popularity over the last decade.

We also looked at a judge’s party affiliation and whether race or ethnicity may have played a role in a death penalty decision. Past research has indicated that a judge’s ideologies are reflected in their partisan choice. So, we verified party affiliation for 95 percent of our judges. We also made efforts to account for the race and ethnicity of the defendant and victims of the cases as well as the homicide rates for the year the case was decided. (Some research suggests that crime rates affect judicial behavior.)

Overall, the results suggest that judges’ motives have changed with the rise of new-style campaigns. After the 1986 defeat of the three Supreme Court Justices in California, judicial behaviors began following patterns that social science theories predict. The rise of expensive, policy oriented judicial campaigns has, indeed, created incentives for judges in the most low-information election environments to cater to the majority sentiment when it comes to the death penalty. 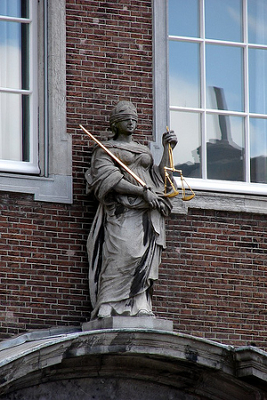 Contrary to what most have thought, partisan elections don’t apply the greatest pressures, especially when an opinion is not overwhelmingly strong. Our results show that with both partisan elections and reappointments, judges respond to changes in public support for or against the death penalty. So, while they may not support policies only holding a minor level of voter interest, they might change their minds, depending on the majority support. And, when it comes to appointment systems, we show that appointment in and of itself doesn’t necessarily eliminate public pressures, either.

Of course, at its most basic level, what we’ve reported is limited to the cases we observed. But there is reason to believe that the larger incentives may permeate decision making on a variety of these hot-button issues from tax policy to same-sex marriage to collective bargaining. The use of such tactics arguably creates incentives for judges to be mindful of public opinion.

We don’t make claims about the choice of selection systems. We do believe, however, that our analysis provides insights. If reformers want to remove public influence from judging, then moving to a nonpartisan election system will not achieve this goal; indeed, on hot-button issues like the death penalty, such a move will actually have the opposite impact. More generally, the new-style campaign has changed judicial incentives so that judges respond to public opinion similarly to other officials who face the same selection procedures. Accordingly, one should treat these procedures with this expectation, rather than assume that judges’ socialization and training will overwhelm their incentives.

This article is based on the paper “Judicial Selection and Death Penalty Decisions,” which is forthcoming American Political Science Review.

Brandice Canes-Wrone – Princeton University
Brandice Canes-Wrone is the Donald E. Stokes Professor of Public and International Affairs and a Professor of Politics at Princeton University. Her current research focuses on the economic effects of electoral institutions, how the selection procedures for judges affect their decisions on the court, the impact of presidential campaigning on congressional elections, and presidential policy making.

February 17th, 2014|Brandice Canes-Wrone, Elections and party politics across the US, Justice and Domestic Affairs|0 Comments
Previous post Next post