Social networks have been shown to help protect mental and physical health. But how can we develop and sustain policy to socially engage communities to reap such health benefits. First, the value of social groups needs to be incorporated into cost–benefit analyses that are used to make decisions about resource allocation. Moreover, by thinking of social identity resources as real tangible resources, social identity policy has the potential to become a forethought rather than an afterthought, writes Jolanda Jetten.

We have known for some time that membership of social groups can have a positive impact on health and well-being. For example, it has been reported that more isolated women experienced strokes twice as often compared to women with more social relationships. Or, as others have shown, having a diverse social network has also been associated with a lower susceptibility to common colds. Importantly too, the size of these effects are not at all negligible. Researchers have for instance established that the health risk of being isolated compares to the risk associated with smoking, high blood pressure and obesity. And, these effects hold after controlling for other variables that have been found to be associated with health risk.

Even though the finding that social networks protect mental and physical health is well documented and may not come as a complete surprise, the question that is more difficult to answer is why that would be the case and how can policy makers capitalise on the curing properties of groups?

With a little help from my friends 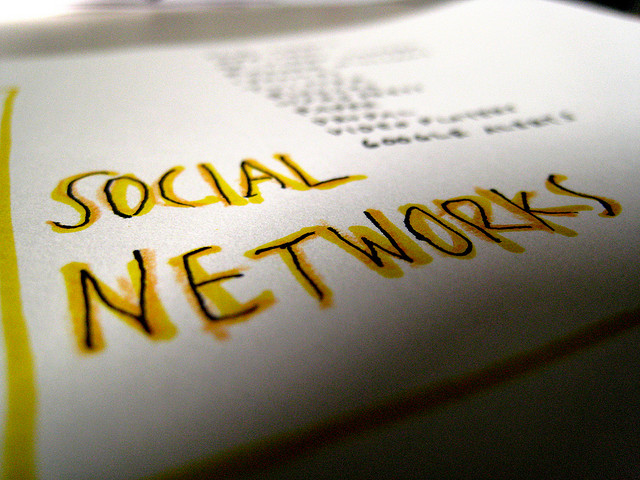 Starting with the first question, one can ask what is it that these social groups offer that may be just as beneficial as a daily dose of vitamin C and regular exercise? Is it that people who have a greater connectedness to others are simply happier people and it is their happiness that makes them less vulnerable to illness? Is it that when people are with others they are more physically and mentally active and that makes them more resilient to illness? But how would that explain the finding that it is diversity and number of social groups that people belong to that is so important? Are people with multiple group memberships better able to put things in perspective when bad things happen to one aspect of their life because they have other groups to fall back on?

The reason why belongingness to groups has been found to be associated with good health is probably due to all of these processes. However, in addition to happiness, support, enjoyable activities and balance that membership in groups provides, there are perhaps more basic processes that are responsible for these beneficial health effects.

When the Beatles sung about friends as the cure to loneliness and coping with failure they were probably getting at this process: if we feel we belong and connected to others, we feel stronger and are better able to deal with the challenges in life. Groups provide in that sense what Durkheim in his famous 1951 book titled Suicide called “existential security”.

Having all eggs in one basket

It follows that the more of these ‘securities’ one has, the more one is protected against the negative effects of all sorts of stressors. This was illustrated by John Barefoot and colleagues who reported in a 2005 issue of the American Journal of Epidemiology that it was having more varied social contacts and not necessarily the frequency of contact that was associated with both lower mortality and heart disease. This finding is interesting and is in line with recent research showing that belonging to multiple social groups is particularly important when people experience an important change in their life. Imagine the marathon runner confronted with an injury that prevents them from ever running again. Even though everyone would be devastated by such an injury, the negative impact is likely to be greater for the person who did not define themselves as anything other in life than as a runner. In line with conventional wisdom, it is best not to have all eggs in one basket just in case misfortune befalls that one basket. It would be safer to have not only many baskets on the go at one particular moment in time, but also to spread them around so that damage to one does not also bring down baskets that are nearby.

One of the studies that we conducted in 2008 examined this hypothesis among patients who had recently suffered from a stroke. We found that life-satisfaction after the stroke was higher for those who belonged to more social groups before their stroke. Further analyses of the data suggested that this was because the more groups stroke sufferers belonged to before their stroke, the more groups there were left for them to fall back on after their stroke and this protected their life-satisfaction.

Harnessing the curative properties of groups

At the policy level, how can identity resources best be utilized to improve health prevention, care delivery and outcomes within specific populations and society more generally? The realisation that group membership can be a social and psychological resource suggests that we need to think of ways in which groups can be developed to maximise their resource potential. This is probably easier said than done. However, on a positive note, we have found some promising initial evidence in a number of groups that interventions that activities that encouraged group development enhanced the cognitive health and well-being of participants (for example, in interventions with elderly care residents). In particular, this was achieved through individuals developing a shared sense of identification that resulted from engagement in these activities.

In answering the critical question how policy can help to develop and sustain policy to socially engage communities to reap such health benefits, two key points should be kept in mind. The first follows from the assertion that groups — and the sense of social identity that underpins them — represent substantial, tangible assets with a clear price tag. Thinking about social identities in this way means that their value needs to be incorporated into cost–benefit analyses that are used to make decisions about resource allocation. Seeing group memberships as concrete resources, that can be lost, maintained or gained, goes some way towards overcoming the tendency to take them for granted.

Jolanda Jetten is Professor of Social Psychology at the University of Queensland. Her research is concerned with social identity, group processes and intergroup relations. She has a special interest in marginal group membership, deviance within groups, normative influence and conformity, prejudice and discrimination, coping with stigma, and, recently, she has examined the way identity can protect health and well-being. She is the director of the Centre of Research on Social Psychology (CRiSP), and previous Editor in Chief of the British Journal of Social Psychology (with prof. John Dixon; 2009-2014).