President Obama’s handshake with Cuban President Raúl Castro at Nelson Mandela’s funeral last December prompted speculation that after more than 50 years of its embargo against the country, the U.S. may be becoming open to a more normal relationship. Natalie Allen takes a close look at the history and effects of the U.S. embargo against Cuba, and argues that it has largely failed as a policy. She writes that while there is currently little likelihood of Congress overturning the embargo in the current political climate, President Obama should use his executive power to ease some of the its restrictions and to formalize diplomatic relationships between the two countries.

In December, President Obama created a media firestorm by shaking hands with Cuban President Raúl Castro at Nelson Mandela’s funeral. This simple gestured generated rage from some, and praise from others. While the White House denied that this handshake was prearranged or that it signified anything more than an exchange of pleasantries between two leaders, there has been much speculation that the handshake could signify an opening of relations between the U.S. and Cuba. The embargo against Cuba remains one of the biggest foreign policy failures in U.S. history—after more than fifty years the island is still under the control of a communist government led by the Castro brothers. One could make a convincing argument that the embargo has actually helped to secure the Castro regime by providing it with a scapegoat to blame for conditions on the island. In light of this abject failure, any move towards a more dynamic Cuba policy should be praised. While only Congress has the power to lift the embargo, Obama can, and should, pursue other policies to start the process of normalizing relations between the two countries.

The embargo is an amalgamation of laws, regulations and presidential proclamations created over the past half century, all defined and codified into a single law in the form of the Helms-Burton Act. Of 1996 Cuban goods cannot be imported, and the U.S. cannot export to the island, licenses from the Treasury are required to travel to the island, and any vessel that has docked in Cuba is barred from loading or unloading freight in the United States for 180 days. Additionally, the Helms Burton Act dictates that the U.S. block any attempt by Cuba to join international financial institutions, such as the IMF. In many ways, the embargo acts more like a blockade (which is what it is called on the island) because it attempt to prevent other nations, international corporations, and institutions from engaging with the island. Finally, the Helms-Burton Act limits the President’s ability to end the embargo without proof that a democratically elected Cuban government is in power, although it permits for the suspension of the embargo if a transitional government takes over in Cuba. If these conditions are not met, the only way the embargo can be overturned is through Congressional action, which is unlikely to happen in the current political climate.

While the President cannot unilaterally end the embargo, he does have discretion to change certain restrictions. Both President Clinton and President Bush took advantage of these powers, as did President Obama in 2009 in the form of a presidential directive which loosened restrictions on family travel to Cuba under a general license, limits on remittances (which was raised again in 2011 to $500 per quarter), and eligible items for gift parcels. Without further Congressional action, the President could continue to ease certain embargo restrictions through additional presidential directives. In fact, allowing additional U.S. currency onto the island through remittances and a larger daily expenditure for visitors may do more to pressure the Castro government to liberalize and democratize. In 1980, the Cuban government first began to allow exiles to visit their relatives on the island and seeing the stark differences between lean life on the island, and the apparent prosperity in the United States, sparked a strong desire in many to emigrate, a major contributing factor to the Mariel Boatlift. It is possible that seeing the improved quality of life that would come with access to U.S. citizens would lead others to pressure the government for further reforms that would lead to the end of the embargo.

It is clear that U.S. businesses are now bearing the brunt of the costs of the embargo; a 2010 study estimated that easing restrictions on agricultural exports and lifting the travel ban ”could result in up to $365 million in additional sales of U.S. goods and create 6,000 new jobs in the United States.” Considering the importance of growth and job creation as the country continues to recover from the so-called Great Recession, there are many obvious benefits to increasing trade with Cuba. While it is not immediately in the President’s power to renew all trade relations, he can to loosen license controls under his power through the Treasury and its various enforcement branches to increase and simplify existing trade. For instance, the Office of Foreign Assets control could reevaluate its interpretation of the Trade Sanctions Reform Act’s policy of cash in advance payments for U.S. exports, to permit these payments to be made while shipments are en route.  Additionally, visas for Cuban purchasing officials ought to be made both easy to obtain and should remain valid for sizable portions of time, as current ones are often so short that they are essentially useless. These actions would be well received and positive results could be used to pressure Congress for wider reforms.

Perhaps the most influential area in which the President can act against the embargo without Congressional approval is through diplomacy. Obama could remove Cuba from the list of state sponsors of terror, since there is no evidence the island is involved in terrorist activities. Not only could this simple act set the tone for further relations (and perhaps incentivize the Cuban government to release the imprisoned U.S. government subcontractor, Alan Gross), but it would also free up resources at U.S. borders. Currently, Customs and Border Protections (CBP) forces at Miami International Airport are primarily occupied with flights from Cuba entering the United States, where the bulk of items seized are small amounts of tobacco, alcohol, and pharmaceutical products, none of which pose a substantial threat to national security. Finally, President Obama could use his power to receive and appoint ambassadors to bypass Congress and formalize a diplomatic relationship with the island, just as President Carter did with the People’s Republic of China. This would be a fairly radical move, but it is not unimaginable—President Clinton formalized relations with Vietnam a year after lifting the trade embargo and twenty years after relations were broken between the countries in a move that received mixed reactions at the time.

The time is ripe for President Obama to pursue improved relations with Cuba. After the handshake at Mandela’s funeral, Raúl Castro called for the establishment of “civilized relations” with the U.S. He also revealed that the two countries have met several times over the last year to discuss issues such as immigration and the re-establishment of a postal service, citing these examples as proof that the two countries can work together in spite of their differences. Additionally, the Cuban Interest Sections in Washington D.C. and New York City have suspended nearly all of their services due to an inability to find a bank that is willing to take on its accounts because of the extra work and complications caused by the embargo, which will effectively end the vast majority of travel from the U.S. to Cuba. If the President were to take action against the embargo, it would not only help to alleviate this problem, but also push Cuba towards further reforms, contribute positively to his presidential legacy, and be a widely popular policy. After 50 years of failure, it is time to dispose of this Cold War relic and usher in a new era of regional unity and security.

Natalie Allen – LSE Public Policy Group
Natalie Allen is currently pursuing her MSc in Conflict Studies at the LSE, focusing specifically on terrorism and state building, and is also Assistant Editor of USAPP. A 2013 graduate of Vassar College, prior to working for PPG, Natalie worked at the Consortium for Gender, Security, and Human Rights in Boston, Massachusetts.

Posted In: Natalie Allen | US foreign affairs and the North American neighbourhood 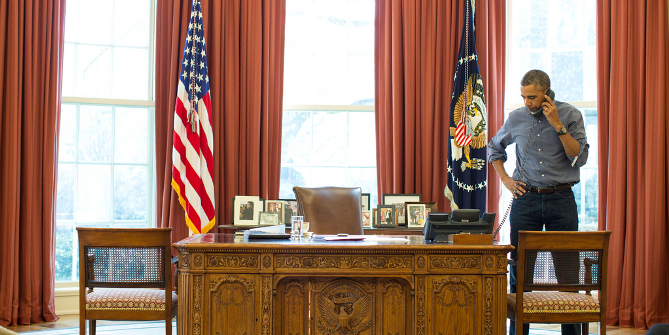 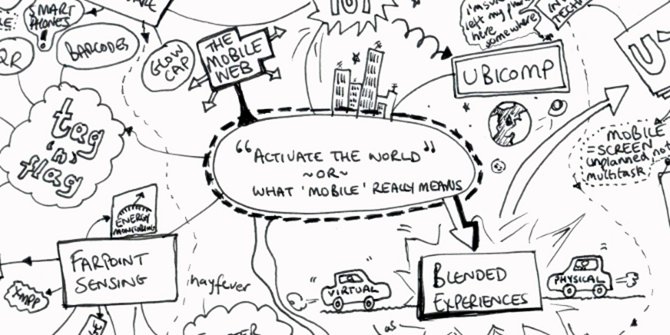